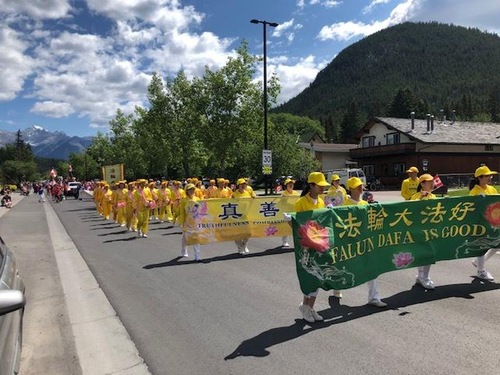 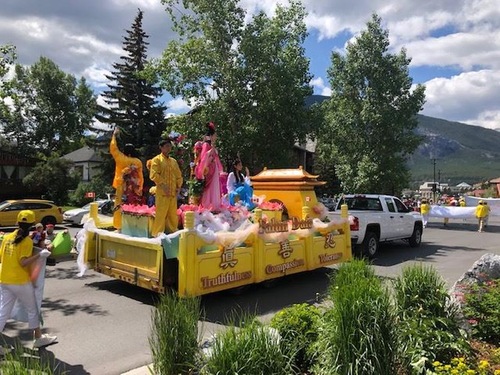 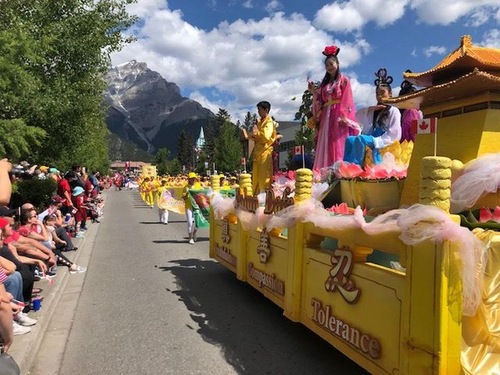 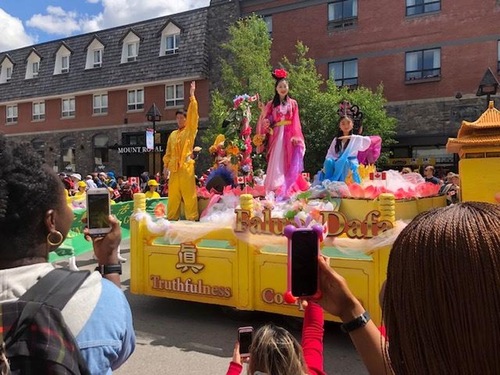 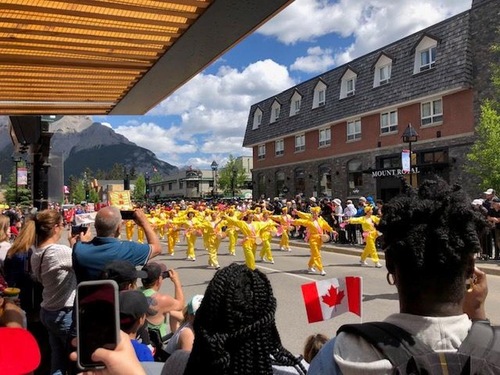 Local residents and tourists lined the streets along the parade route and cheered and clapped enthusiastically for the beautiful Falun Gong procession.

Practitioners in the waist drum troupe complemented their golden uniforms with eye-catching pink belts. Marching in synch to their drum beats and music, they brought a joyful energy to the parade atmosphere. Spectators waved at the practitioners and took pictures of the beautiful scenes before them. Practitioners also distributed introductory flyers and paper lotus flowers along the parade route.