(Minghui.org) Falun Gong practitioners participated in the annual “Almedalen Week,” also known as “Politician’s Week” in Almedalen, from June 30 to July 5, 2019. Held in the city of Visby, on the Swedish island of Gotland, the week of activities included more than 4,000 events, and tens of thousands of people from various political parties, news media, NGOs, and social and civil groups joined in. 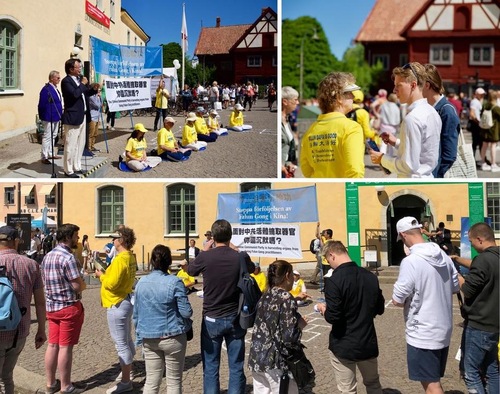 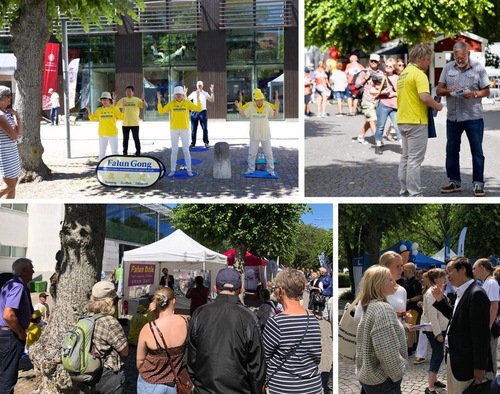 Falun Gong practitioners demonstrate the five sets of exercises and hold forums on China issues every day during the week of activities.

Rallies at Noon to Raise Awareness of the Persecution

Practitioners held a rally for an hour each day at noon at Donners Plats to help event participants understand the history of the Chinese communist regime’s violations of human rights. They also screened the documentary “Letter from Masanjia,” which attracted more than 200 viewers. Many people were moved by practitioners’ kindness and resilience during the relentless persecution. 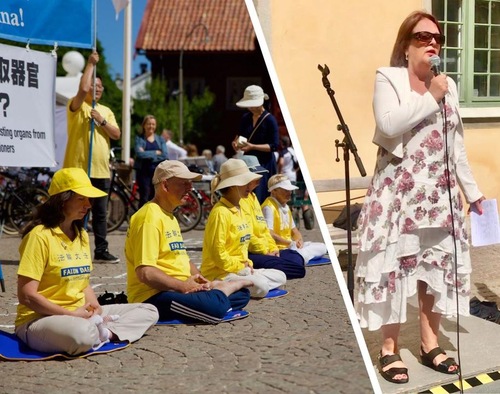 Lotta Johnsson Fornarve, the Second Deputy Speaker of the Swedish parliament, came to the rally on July 5, 2019, to speak out for Falun Gong. Fornarve brought up the report issued by the China Tribunal, an independent people’s tribunal, on June 17, 2019. The report states that Falun Gong practitioners in China were targeted by the Chinese regime for their organs, which were removed against their will while they were still alive, for organ transplants.

She also said that the Chinese representatives she has spoken with all denied these allegations. She’s been following the atrocities of organ harvesting from living prisoners of conscience. She’s also met with investigators, doctors, human rights activists, and lawyers, who have provided large amounts of evidence of the illegal organ trade that exists in China. She has submitted a motion to the Swedish Parliament to condemn China's human rights violations and urge Beijing to allow independent investigators to go and conduct research in China. 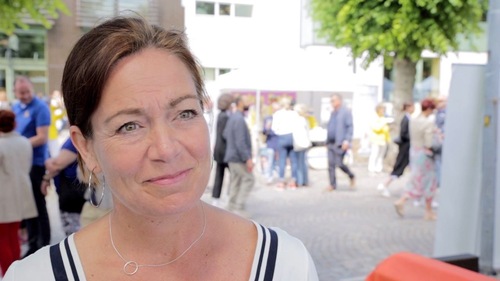 Ann-Sofie Alm, a member of parliament, came to the Falun Gong booth to show her support. She said that she has read the Final Judgement of the China Tribunal and that more people should pay attention to it. Many witnesses testified during the tribunal that the wait times for organ transplants were unexplainably short in China. It was also said that organ transplant hospitals are located very near major prisons, where many prisoners of conscience were incarcerated. According to her, this is definitely not a coincidence, but a horrific crime. She believes that the Swedish government should schedule a conversation with Beijing regarding this issue because such crimes are definitely not acceptable.

Alm posted about the persecution on her social media page and stated that such evil crimes should not be overlooked.

During Politician’s Week, the Chinese Embassy held an activity, China Day, to promote the regime's claims that China’s human rights record has never been better. Falun Gong practitioners held a protest during the opening of the event and put up posters detailing the torture that practitioners have suffered in the persecution. Many of the guests left the embassy's event and came to practitioners asking for information about the persecution. 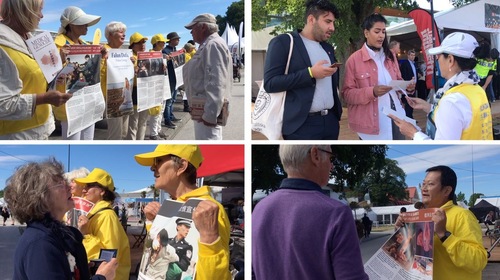 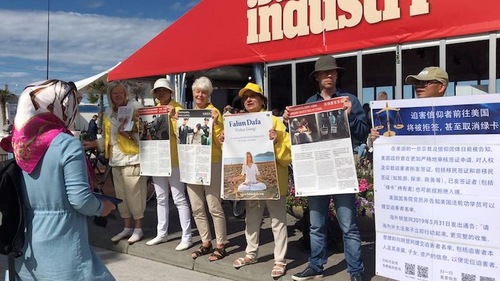 Falun Gong practitioners' protest in front of the China Day event, held by the Chinese Embassy.

The Chinese Embassy asked Swedish police to remove the protesting practitioners. The police refused, saying that it was the week of democracy and that everyone has the legal right to express his or her views.

Viewers of Documentary Film Moved to Their Tears 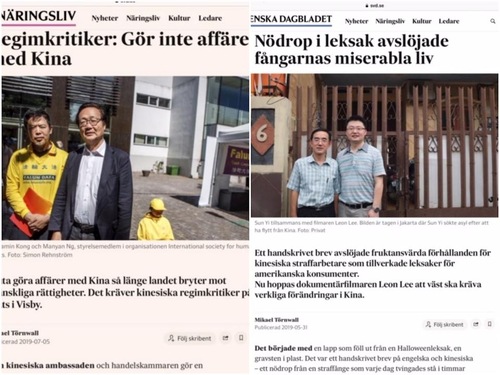 An article in the Svenska Dagbladet reports on the documentary film Letter from Masanjia.

The documentary film Letter from Masanjia was screened during the week-long event and experts on China’s human rights were there to answer questions. Fornarve and Alm both came to watch the story about a Falun Gong practitioner who was tortured in a forced labor camp for refusing to give up his faith. Many of the viewers cried during the movie. The discussion afterwards was spirited and the topics included promoting free information in China and preventing Beijing’s infiltration into Sweden.