(Minghui.org) The Ukraine Falun Dafa Experience-Sharing Conference took place on June 2, 2019. Practitioners from major cities in the Ukraine, neighboring countries, and European Union attended the event. They listened to speeches on how practitioners applied the principles of Truthfulness-Compassion-Forbearance in their life and at work, as well as the benefits they have experienced. 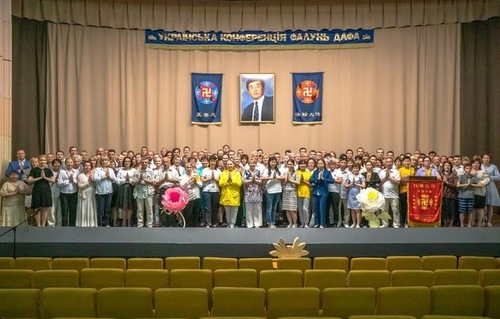 Nguyen Thi Dinh, originally from Vietnam, runs a convenience store at Kharkiv in northeast Ukraine. She began to practice Falun Dafa in 2011, and talked about how to improve her xinxing through the practice.

When still in Vietnam, Nguyen did not like her nephew, who often asked for money from her and her husband. As a result, Nguyen found ways to stay far away from him. This led to hostility from her nephew who often badmouthed her in front of others.

“After becoming a practitioner,” she said, “I realized what I did in the past was far from the principles of Truthfulness-Compassion-Forbearance. I felt ashamed and decided to do better.”

Since then, Nguyen opened her mind and often talked with her nephew. She asked how his family was doing and told him about her own life. The nephew also changed, and became interested in her practice, as well as becoming a better person by following the principles. In his spare time, he also listened to Falun Dafa audio lectures from time to time. “It was amazing that when I changed myself for the better, my surroundings also improved,” said Nguyen.

Having benefited from Falun Dafa, she often talked about it with Chinese people in her store and gave them hand-made lotus flowers. She explained to them in detail about the merchandise and recommended a product to them. The customers were very thankful for her patience and kindness. When Nguyen greeted them in Chinese, they often replied, “Falun Dafa is great!” Nguyen would smile back and be happy for their understanding. 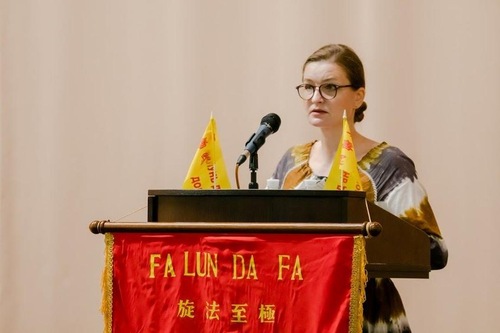 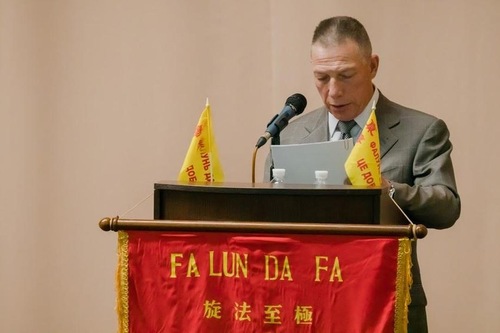 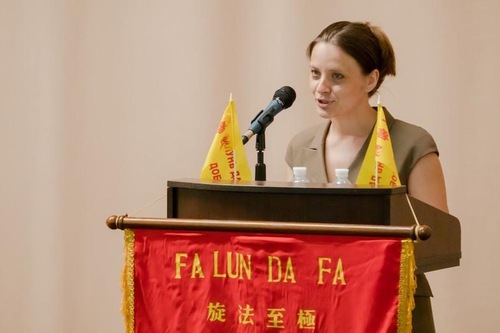 Looking Within to Solve Problems at Work

Pavel Khulin talked about his experience at work. His workplace did not have enough orders and his manager asked everyone to reach out for potential clients. Pavel searched online and found one project that would give his manufacturing department one month of work. He prepared for it and successfully won the bid from the national government. The contract and its smooth process earned him respect from his coworkers.

At another time, Pavel signed a contract but the client did not start the project, and instead demanded more technical requirements, which was beyond the company's capability. Meanwhile, Pavel's supervisor urged him to complete the order as soon as possible. The follow-up negotiation with the client was also very challenging.

When thinking about it further, Pavel realized as a practitioner, he should look within and let go of negative thoughts. He also maintained righteous thoughts to void interference from the bribery culture. The client's attitude changed soon afterwards and the project was completed on time.

Gennady Bystrukhin's mother-in-law once suffered a stroke, which deformed her face, and she had difficulty speaking. When visiting her in the hospital with his wife, Gennady talked to her about Falun Dafa and reminded her to recite “Falun Dafa is good.” She followed his advice and on the next day, her face returned to normal and she was able to speak clearly.

One day Gennady's adult children came back home and, because of something urgent, left at night without waking up their parents. When Gennady woke up in the morning, he noticed the gas stove in the kitchen accidentally had not been turned off, and there was no fire. The smell was not strong and, had Master Li not protected them, the couple would have died of gas poisoning or face an explosion. He was very grateful for Master's protection.

Nina Gurskaya from Berdyansk in southeast Ukraine talked about her experience of participating in the Art of Zhen Shan Ren International Exhibition. When she and another practitioner as well as her husband (not a practitioner) went to another city to pick up the artworks, the traffic was very slow due to counter-terrorism activities. She then received a phone call saying the artworks had been been stopped by safety inspectors due to insufficient paperwork.

Nina came to the site to help. Her husband, although not a practitioner, also gave some advice based on his past experience of working in a police department. He said in such a situation, it would be important to show the police what the exhibition was. He opened a box, showed one painting, and explained its meaning. “These artworks are filled with compassion and an exhibition would be great,” said her husband as he resolved the issue and walked out of the police department.

Nina was also moved by her husband's support. “In the past, I sometimes thought he often gave me a hard time. Through this experience, I could see my attachment of anxiety, fear, disbelief in myself, and fear of losing face. In the end, the art exhibition went very well,” she added.

One Flyer Changed a Life

Sasha is from Kharkiv and she had numerous illnesses since childhood, including a rare disease. Whenever the illness broke out, her limbs would be numb and she had breathing difficulty. All these changed after she began to practice Falun Dafa.

“One day in the summer 2016,” she said, “I received a brochure for the upcoming Art of Zhen Shan Ren International Exhibition. At the exhibition, I was touched by the artworks and one practitioner gave me a copy of Zhuan Falun.”

Throughout her life Sasha had been looking for something eternal. “But I could not find it until I came across Falun Dafa,” she said. “I am so thankful because Master Li not only gave me good health, but also told me the truth about our origins.”