Falun Gong practitioners also participated in the Bread and Honey Festival parade in Mississauga, half an hour west of Toronto on June 1, 2019. The practitioners' procession included an exercise demonstration, and the lion dance team. 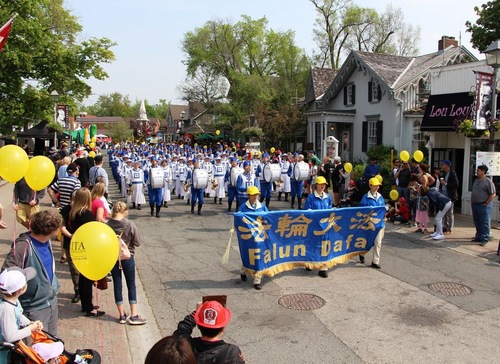 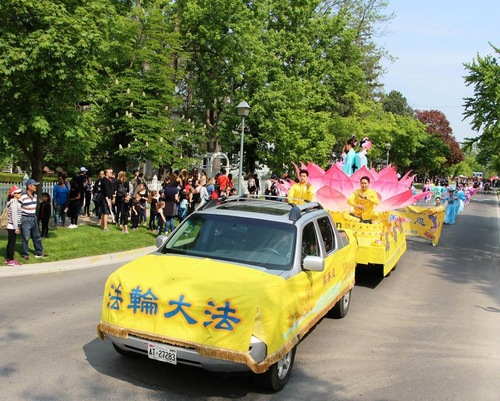 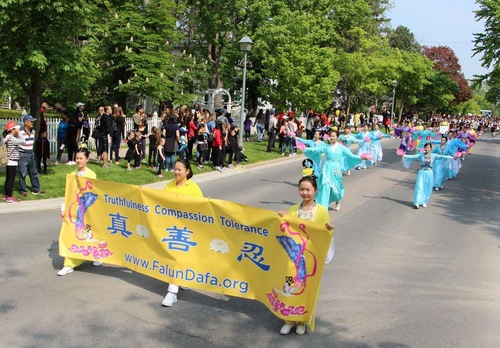 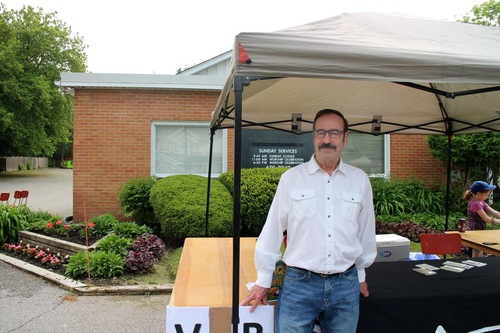 Spectator Joe took photos of the Tian Guo Marching Band. He said, “This is the first time I have seen the band. Their performance is great.”

When he was told that the band members were Falun Gong practitioners, he said he'd heard of Falun Gong before.

When he heard that Falun Gong is being persecuted in China, he said, “I know the communist regime persecutes beliefs. Even Christians cannot choose their own belief. People can only subscribe to beliefs that the regime approves of.”

Huang from Shanghai and his wife took photos of the band. He said the performance was very good. He enjoyed the band. He said, “I know Falun Gong well. The practitioners practice it for better health.

“There is nothing like the propaganda (defaming Falun Gong) in the media in China. It is the Chinese Communist Party (CCP) and its former head Jiang Zemin who wanted to persecute Falun Gong practitioners, and who are all very good people.”

Nino watched the Falun Gong exercise demonstration in the Mississauga parade intently. After listening to a practitioner's introduction of Falun Gong, Nino said he liked the third set of the exercises.

Nino said, “I like taking the good energy into the body and emitting the bad energy because we want the good energy. It is good for your health and to remove incorrect thoughts.” 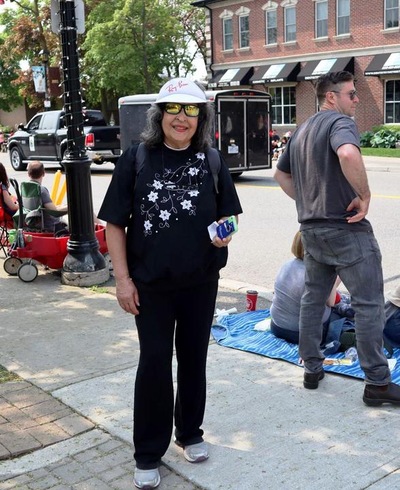 As she watched the exercise demonstration, Dianne from Burlington expressed her support for Falun Gong practitioners who follow the principles of Truthfulness, Compassion, and Forbearance.

When she heard about the persecution, she said, “I know that the CCP is capable of doing this kind of thing. I have been to China many times. I know the Chinese government implements many wrong policies.”

“[Minghui Fa Conference] From a Reader to Working on Minghui”