(Minghui.org) Today's news from China includes incidents of persecution that took place in 9 cities or counties in 6 provinces，where at least 21 practitioners were recently persecuted for their belief. 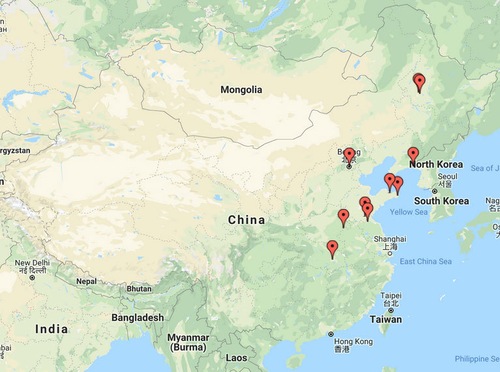 Mr. Zu Peiyong, Ms. Li Changfang, Mr. Liu Naixun, and his wife Ms. Wang Xilan, from Yinan County were sentenced in 2019. Their families have since appealed to the Linyi Intermediate Court.

Ms. Wang Yamin was arrested on May 4, 2019. Her whereabouts are unknown.

Ms. Guo Chunhong, 76, from Chengshan Town, was arrested when she was posting information about Falun Gong in public places on the evening of May 16, 2019.

Mr. Liu Xifang, 68, was arrested by officers from the Qidao Police Station on the morning of May 20, 2019. He is being detained for 15 days.

Ms. An Xianping from the Longfeng District was arrested by officers from the Dongguang Police Department on May 21, 2019.

Mr. Zhang Xin was going to a construction site in Xinjiang, when he was arrested at a security checkpoint at the Urumqi Railway Station after he showed his identity card.

Ms. Sun Shuping from Yunxi Village, Jianggezhuang Town, Muping District was arrested on May 8, 2019, when she was talking to people about the persecution of Falun Gong.

Ms. Sun is being held in the Fushan Detention Center.