(Minghui.org) The city of Lunen in North Rhine-Westphalia, Germany held its 36th Cultural festival on June 15, 2019. This year's theme was multiculturalism. People from different ethnic groups dressed in their traditional costumes performed on stage. Falun Dafa practitioners took part in the event as the only Chinese group.

Politicians Do the Exercises with Practitioners 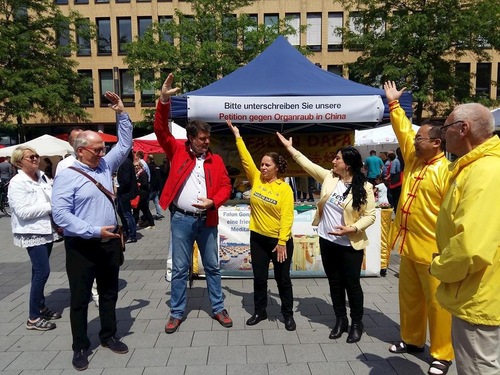 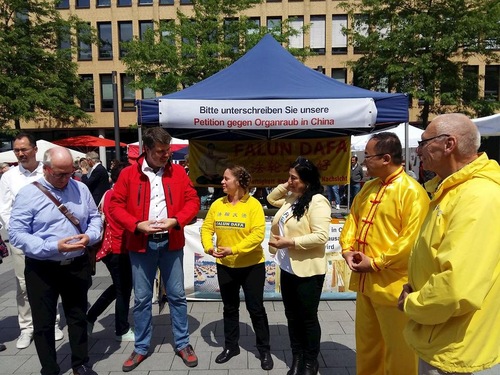 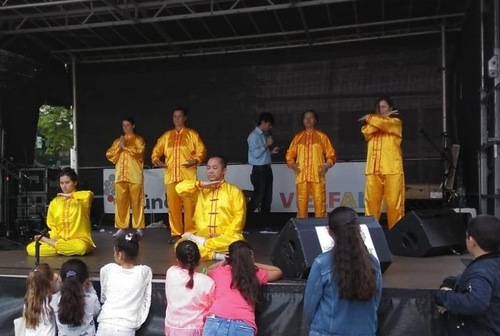 Practitioners taught children how to fold paper lotus flowers. Several children lined up to learn. Other practitioners chatted with visitors and told them about Falun Dafa and how it's persecuted in China.

Several people signed the petition to stop the persecution when they learned that practitioners are being killed for their organs for sale to transplant patients. One woman said that she first heard about the persecution 15 years ago. She was surprised that it was still going on after so many years. She signed the petition to stop organ harvesting.

“Seen in Another Dimension: The Decisive Battle to Clear Away Evil”