Japan: Falun Gong Practitioners in Osaka and Kobe Raise Awareness of the Persecution Ahead of G20 Summit

(Minghui.org) Osaka will host the G20 Summit on June 28-29, 2019. To raise awareness of the persecution of Falun Gong and request an immediate stop to the persecution in China ahead of the summit, Falun Gong practitioners in Japan held a series of activities in Osaka and Kobe on Saturday, June 8 and Sunday, June 9, 2019.

Practitioners demonstrated the Falun Gong exercises in Osaka Castle Park on the morning of Saturday, June 8, 2019. They then participated in a parade that traveled through downtown Osaka.

Before the parade set off, Kobe City Councilman Mr. Orihiro Uehata personally came to show his support for the practitioners' efforts. Mr. Uehata was a Kamakura City councilman before being elected to the Kobe City Council two years ago.

During his service with the Kamakura City Council, he introduced a bill to regulate organ transplant laws. The Chinese Embassy attempted to pressure him to withdraw the bill several times, but failed. The bill passed and it is the only one in all of Japan's city councils that specifically mentions the persecution of Falun Gong. 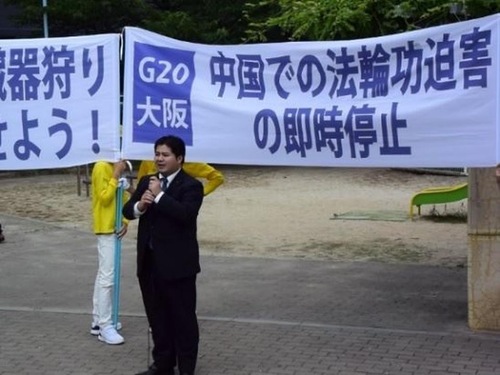 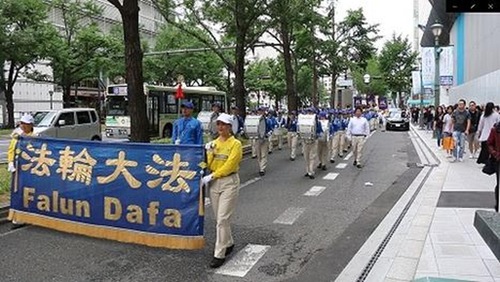 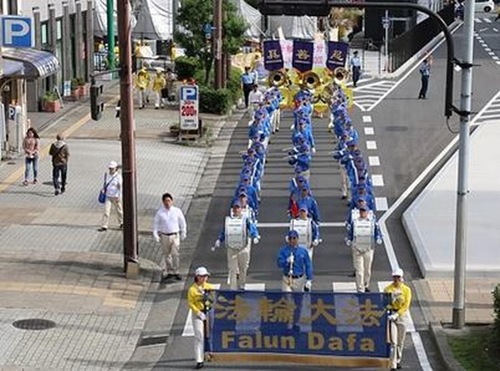 Falun Gong practitioners parade through the streets of downtown Osaka on Saturday, June 8, 2019. 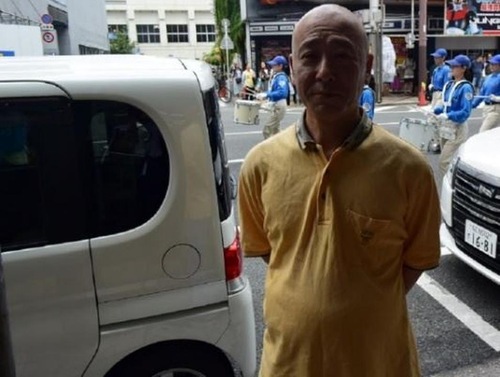 Osaka City resident Mr. Okano watched the parade and was shocked to learn about the brutal persecution of Falun Gong. “I support today's activity! I wish the persecution would disappear from this world,” he commented. 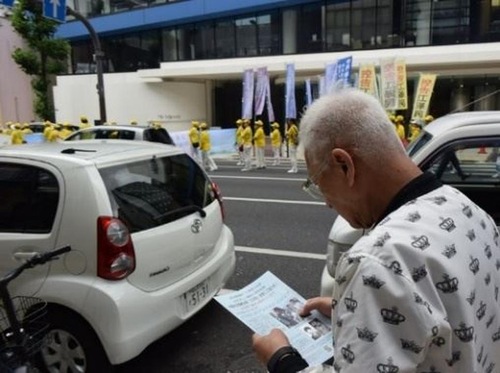 Mr. Fujii from Tondabayashi City said it was his first time to hear about the Chinese Communist Party harvesting organs from living Falun Gong practitioners. He encouraged practitioners to persist in their efforts to stop the persecution. 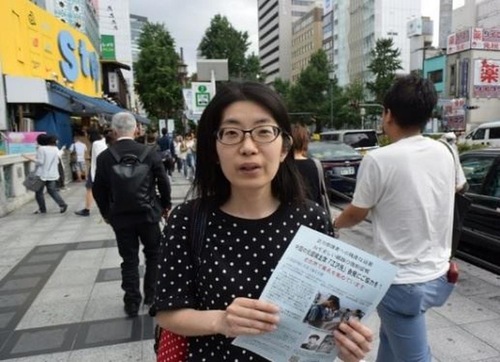 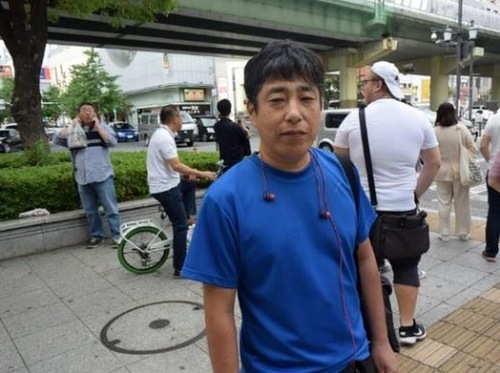 Mr. Koichiro Honjo from Himeji said he was aware of the persecution ordered by Jiang Zemin and had heard of the forced organ harvesting crimes in China. He encouraged practitioners to persist in their efforts to stop the persecution.

Practitioners held a rally and parade in Kobe City on Sunday, June 9, 2019. Many elected officials and lawyers attended the rally to express their support for Falun Gong. 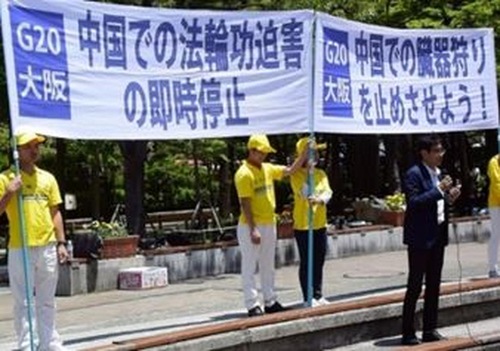 Human rights lawyer Mr. Shinichi Tokunaga has supported Falun Gong for the past 15 years. He said the Chinese Embassy had attempted to interfere with the practitioners' parade by applying political pressure. 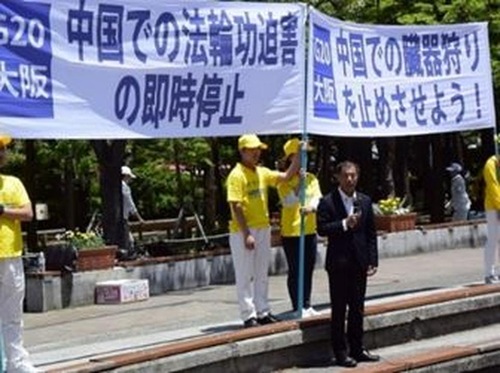 Councilman of Hyogo Prefecture Mr. Yuichiro Wada is also a member of SMG League and is investigating cases of transplant tourism to China. He said it was a meaningful thing to publicize the correct information. “I hope we don't yield to the pressure and we pass on the correct information,” he said. “I also hope Falun Gong practitioners in China will regain their freedom soon.” 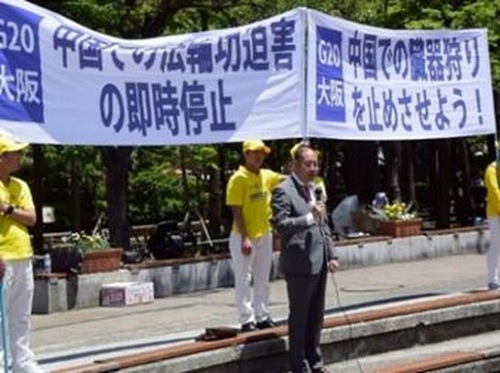 Councilman of Hyogo Prefecture Mr. Takeshi Nagase speaks at the rally on June 9, 2019, in Kobe City. 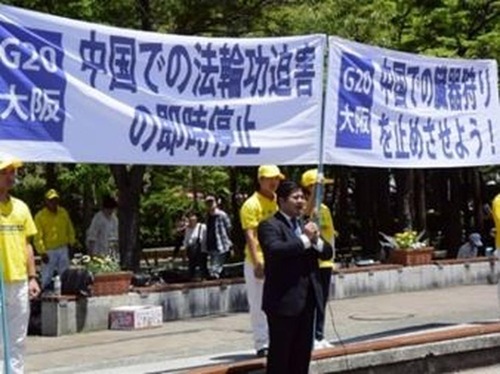 Councilman of Kobe City Mr. Orihiro Uehata speaks at the rally on June 9, 2019, in Kobe City. 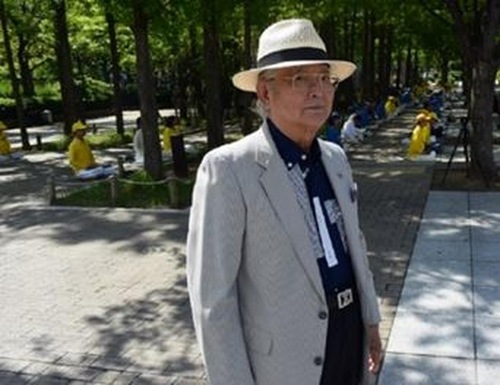 Before the parade, Falun Gong practitioners demonstrated the exercises in Kobe East Park. Mr. Tachibana, 80, watched and showed interest in learning the meditation. 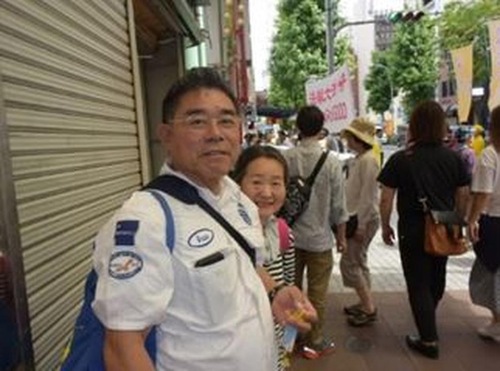 Mr. and Mrs. Hirahara thanked a practitioner for telling them about the persecution and forced organ harvesting crimes in China. Mrs. Hirahara said she had heard of the persecution a few times on TV. “I saw it on TV a few days ago again. The pictures on this flyer are shocking. Can a human do this to another human? For a long time I didn't quite understand. Today I understood and thank you for telling me about this.”

The parade started from Kobe East Park after the rally. 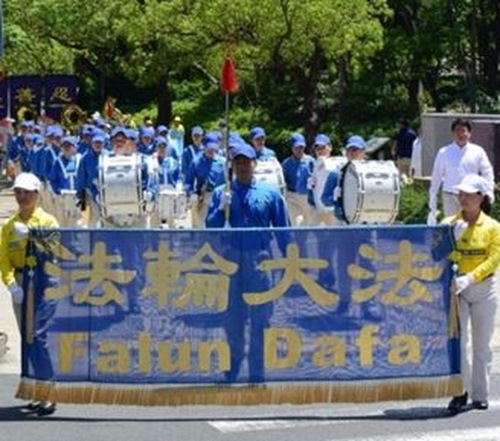 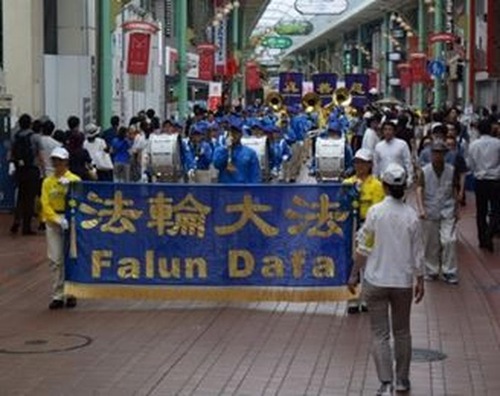 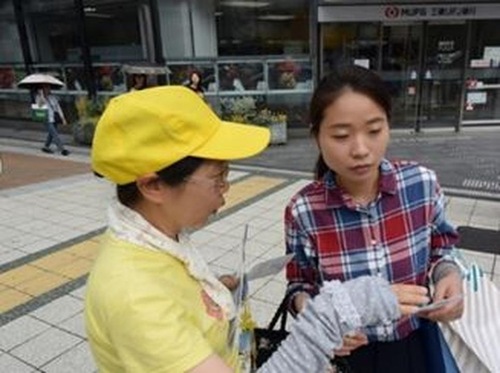 Ms. Shiomi watched the parade in Kobe and talked to a Falun Gong practitioner to learn more about the practice.