Auckland, New Zealand: Visitors in Newmarket Learn the Facts of Falun Dafa and the Persecution

(Minghui.org) Visitors to Auckland’s suburb of Newmarket got a chance to learn about the benefits of Falun Dafa and the 20-year-long persecution in China at a park on June 8, 2019. Practitioners demonstrated the five exercises and gave out fliers with information about the practice and the ongoing persecution. 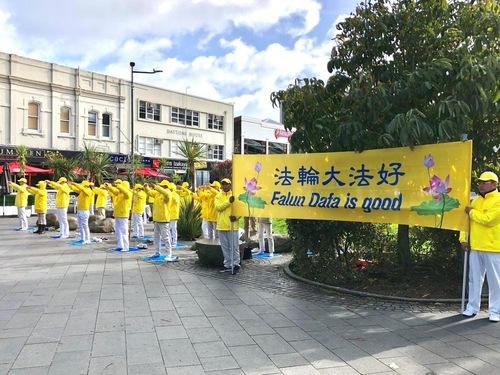 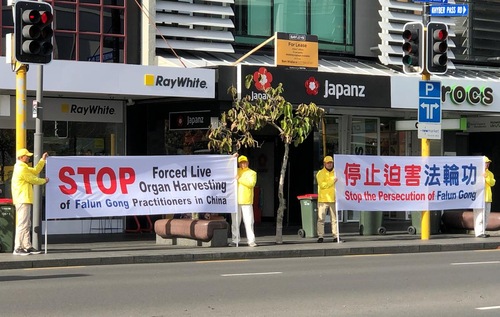 Bringing awareness to the forced organ harvesting of practitioners in China 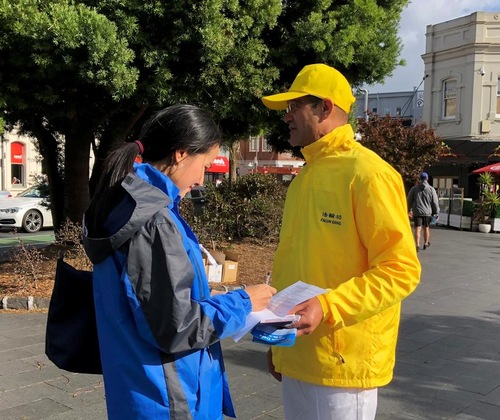 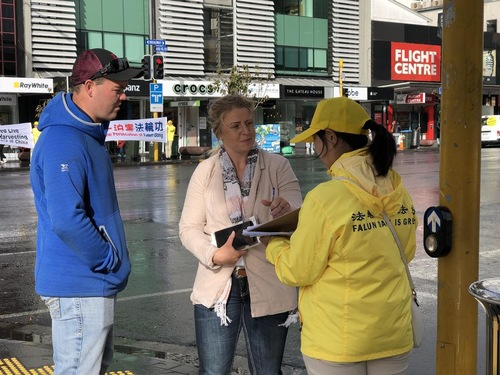 As the practitioners demonstrated the exercises, the calming exercise music drew the attention of many passersby. Some said that they felt serenity when they watched. Many were angered after the practitioners told them about the severity of the ongoing persecution in China. They signed the petition demanding that the Chinese regime immediately stop the persecution. Quite a few Chinese people quit the CCP and its youth affiliations. 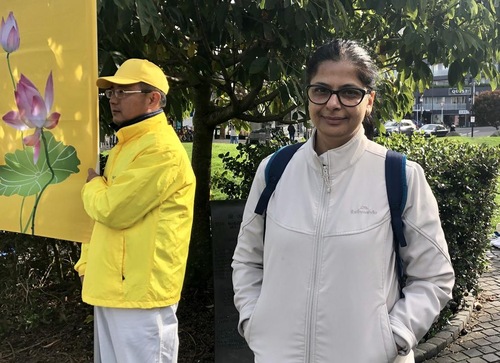 After talking to a practitioner, Alpa Minar said that she was glad that the practitioners were peacefully demonstrating and letting the public know what was happening in China. She also said that she would read more about Falun Dafa and the persecution after receiving the fliers. 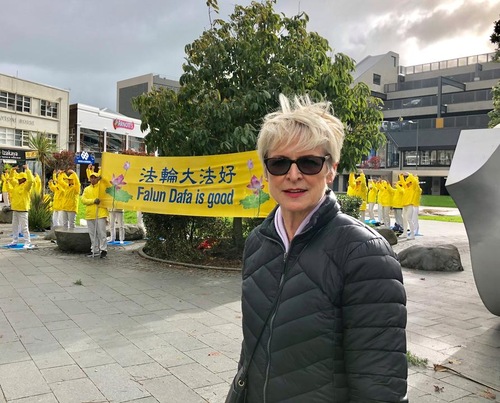 Felicity knew about Falun Dafa and that it is being persecuted in China. She just saw the film “The Bleeding Edge” and learned about how the CCP is harvesting organs from practitioners in China who are incarcerated for their belief. She said that the practitioners needed to keep clarifying the truth. She encouraged the practitioners, saying that every little bit of effort would eventually pay off and change the current situation. She suggested that everyone should watch the film. 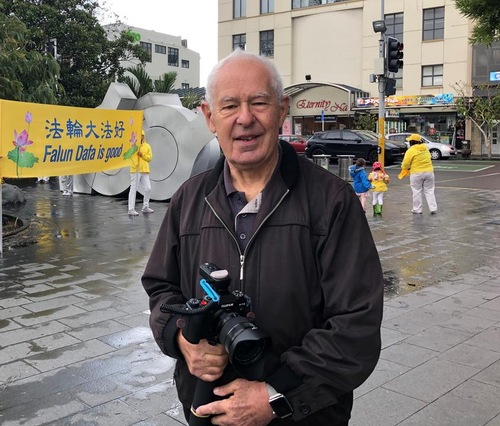 After being told that the practice is suitable for people of all ages, he was excited and said that he would try it with his wife. Responding to information about the persecution in China, he told the practitioners that New Zealand is a free country and that they needn’t worry about their freedom and right of free speech.

A Chinese student from Shanghai took a lot of Falun Dafa information with him. He told the practitioners that his father was well aware of the dark side of Chinese society and that the Chinese media were spreading mostly lies. The reporters would disappear if they told the truth or exposed scandals.

He also firmly believed that it was definitely possible that the CCP was harvesting organs from living practitioners. He made the comment that no one in China believes the CCP’s slanderous propaganda about Falun Dafa anymore. He told a practitioner that he had already quit the Young Pioneers and Youth League, two CCP youth organizations. He no longer wanted to have anything to do with the communist regime and believed that there would be retribution for the evil things they have done.

“After I Looked Within, My Son Started Practicing Dafa”

“Dafa Has Changed Me Fundamentally”