(Minghui.org) Falun Gong practitioners in Tokyo participated in the 22nd Sakura Hall Group Performance Show in Edogawa on Sunday, June 2, 2019. Their introduction of Falun Gong and its exercises was well received by the audience, and many people followed along to learn. 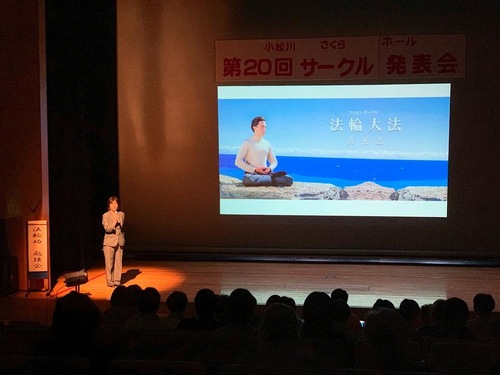 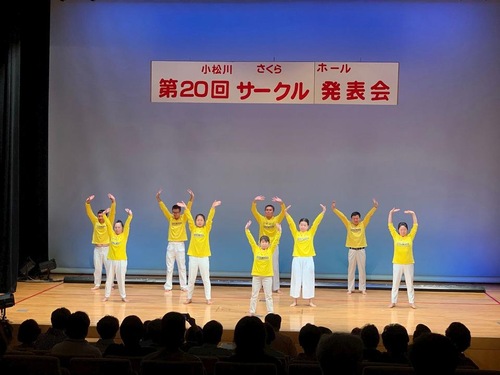 Twenty-five community groups performed during this popular annual event, and a number of different dance performances and choir singing were presented on stage. Falun Gong was a group that local people were familiar with and particularly enjoyed. It has been more than 20 years since the Falun Gong group first registered at Sakura Hall. Practitioners hold activities there every week to benefit the community.

After giving an introduction to the benefits of this traditional cultivation system, practitioners played a video of practitioners' personal experiences of self-cultivation. They then demonstrated the five exercises. Many people in the audience followed along to learn.

“Turning a Bad Thing into a Good Thing”

“Getting Rid of Fear, Layer by Layer”