(Minghui.org) Falun Gong practitioners participated in Stockholm's popular Culture Night which was held in the Kungstradgarden on April 27, 2019. They introduced the ancient spiritual practice to the public and collected signatures on a petition which called for an end to the Chinese Communist Party's (CCP) persecution.

Practitioners Werner and Sofia introduced Falun Gong in both Swedish and English. Many people stopped to watch the activities and took photos. Some joined in to learn the exercises. 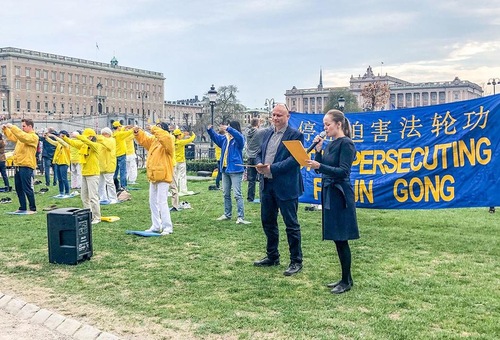 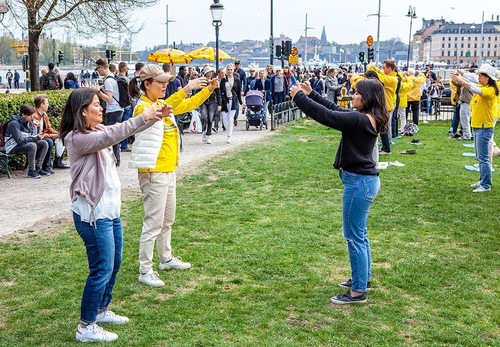 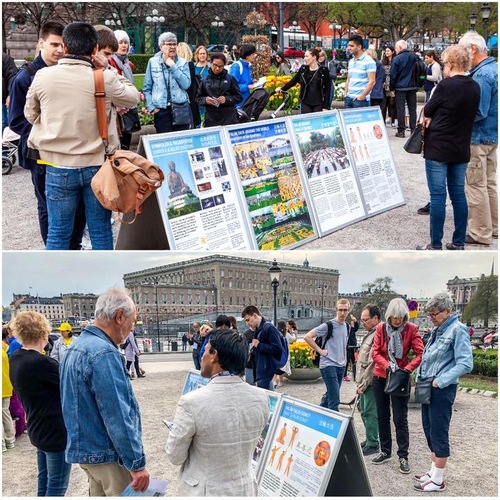 Passersby read the information about Falun Gong and the persecution.

One lady carrying a musical instrument said that she really liked the music and beautiful exercise movements. A practitioner explained that Falun Gong cultivates both one's mind and body by following the principles of Truthfulness-Compassion- Forbearance. He also told her about the CCP's persecution. The lady got excited and said she agreed with the principles of Truthfulness-Compassion-Forbearance. She smiled and added, “It looks like I should change my way of life!” 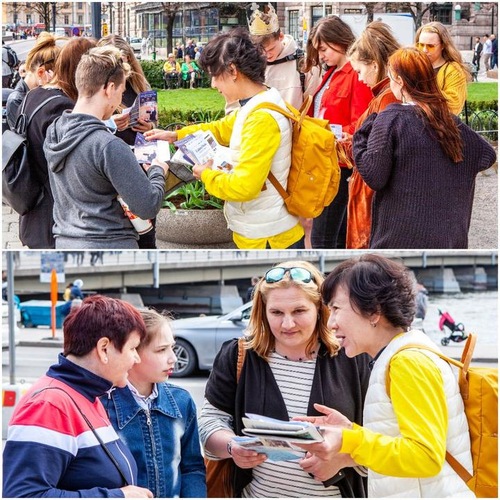 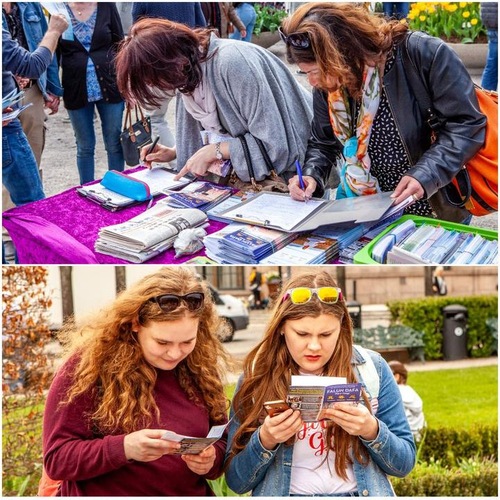 People sign the petition to express their support of Falun Gong.