(Minghui.org) The Shen Yun World Company presented the last performance of its six-city Taiwan tour in Tainan on April 30, 2019, concluding the company's Asia tour for the season. 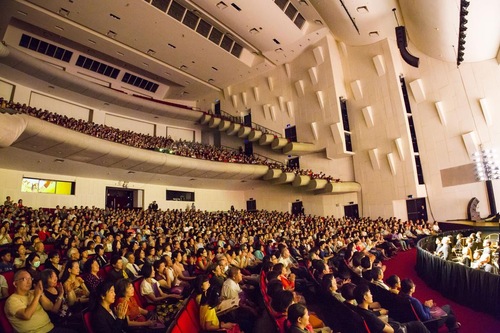 The Shen Yun World Company presented the last performance of its Taiwan tour at the Tainan Cultural Center Performing Hall on April 30, 2019. 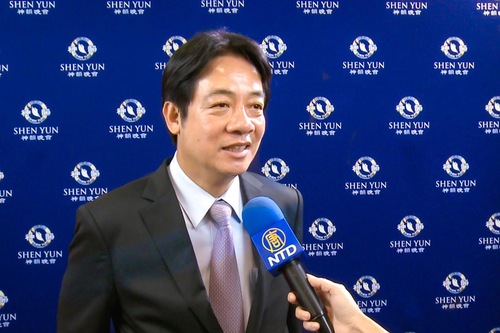 “I personally admire it very much... It’s definitely worthwhile to see the show,” he said.

“The spiritual level of its show every year is very high... Every piece of the superb program contains the spirit of truthfulness, compassion, and tolerance.

“The reason why Shen Yun is so popular is that, in addition to Shen Yun artists’ top-notch quality that contributes to the perfect performance, what’s more important in fact is that every artist practices Falun Gong. That’s why Shen Yun’s artistic level and spiritual level are so high.

“In fact, the Chinese communist regime doesn’t have to interfere with Shen Yun. If they came to see [Shen Yun], they would enjoy it and admire Shen Yun’s high level of artistry,” he said. 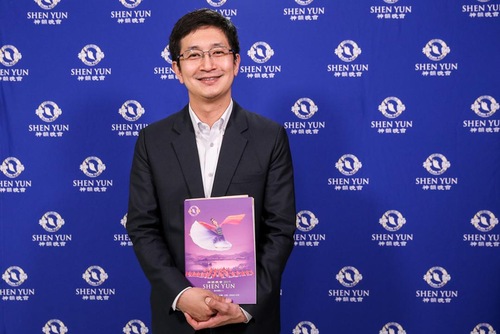 Tsai Shih-ying, member of the Legislative Yuan, at the Keelung Cultural Center Performance Hall in Keelung, Taiwan, on April 17, 2019.

“The stories were deep and meaningful. She [Shen Yun] is spreading the development of Chinese history and the profundity of Chinese literary stories,” he said.

“The entire performance of Shen Yun is actually displaying the treasures of the whole Chinese culture. Besides telling the history, it also [urges] us to cherish Chinese culture.

“Many things in China have already been banned or disappeared. Shen Yun preserved the entirety of it and displayed it through dance dramas. I think seeing this performance is way more moving than going to China itself to look at scenery,” he said.

New Level of Art through Cultivation 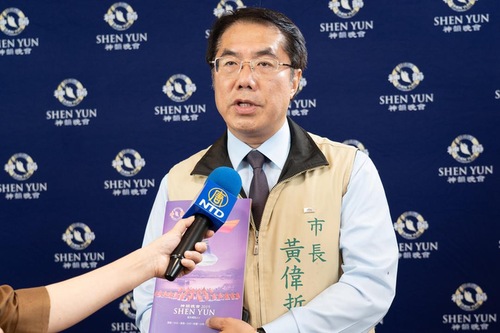 Huang Wei-cher, Mayor of Tainan, at the Shen Yun performance at the Tainan Cultural Center Performing Hall on April 30, 2019.

“Through purification of the heart and cultivation, the level of artistic innovation is able to reach great heights; Shen Yun has started a new method,” he said.

“Not only did [Shen Yun] reach a new level of artistic innovation, it has also established a new model for life and conduct in society.

“Thank you Shen Yun Performing Arts for bringing performances that are this good and this high-level to Taiwan's people,” he said.

“It touches me very much that Shen Yun persists in passing down Chinese culture while far from home, and brings it to the entire world,” he said.

“The coordination between the dancing and music was very perfect... I thought it was very impressive,” he said.

He was impressed by a piece in the performance that depicted how Falun Gong practitioners in China stay steadfast in their faith even in the face of the regime's brutal persecution.

“We know that the Chinese Communist Party's [CCP] persecution of Taiwan and the world is serious. I'm very touched that some people can stand up to authority even though they live under the oppression of the CCP,” he said. 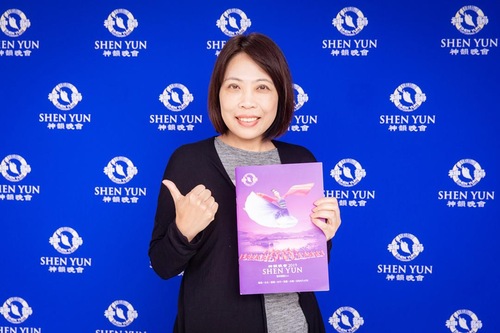 “I'd like to thank Shen Yun Performing Arts for bringing such great international-level performances to Taiwan,” she said.

Shen Yun continues its world tour with upcoming performances in Paris, France, May 8–12; Des Moines, Iowa May 7–8; and Madison, Wisconsin May 7–8.