(Minghui.org) Falun Dafa, also known as Falun Gong, was first taught to the public in Changchun in China's northeastern Jilin Province on May 13, 1992, by the practice's founder, Mr. Li Hongzhi. Since then, people in more than 100 countries have taken up the spiritual and meditation discipline. 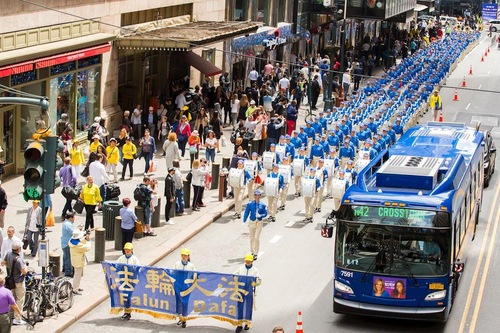 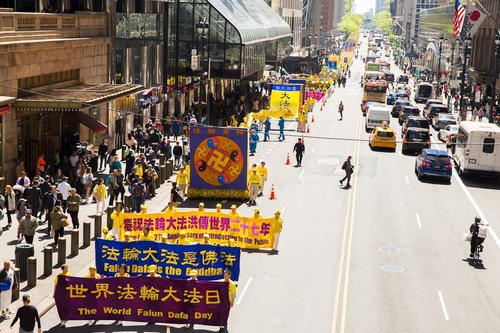 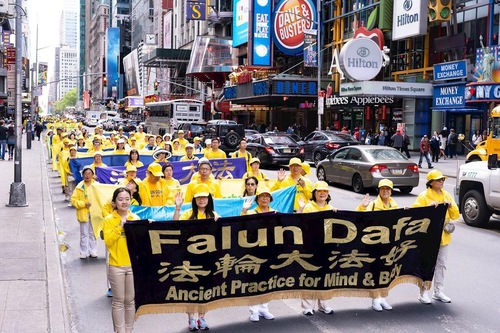 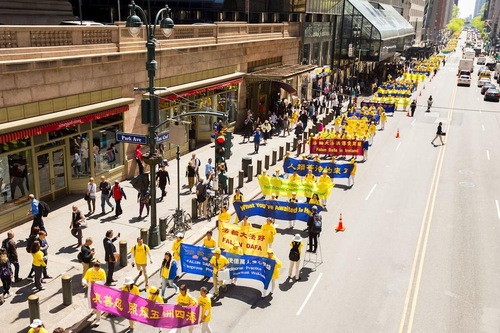 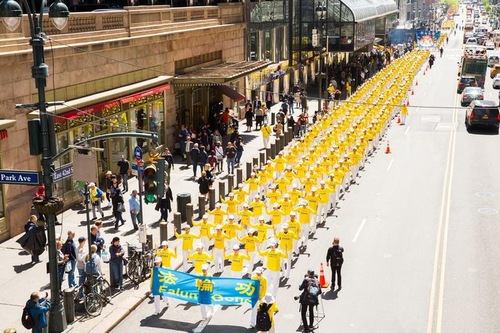 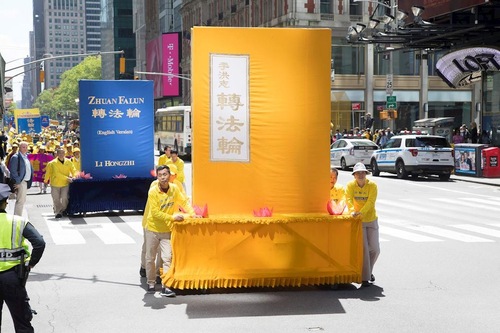 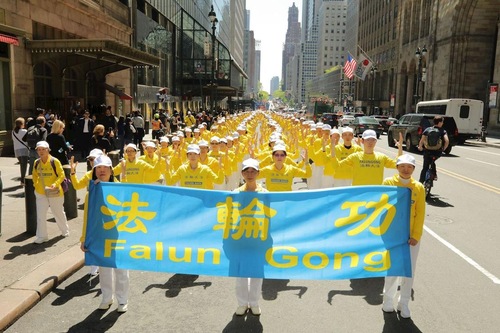 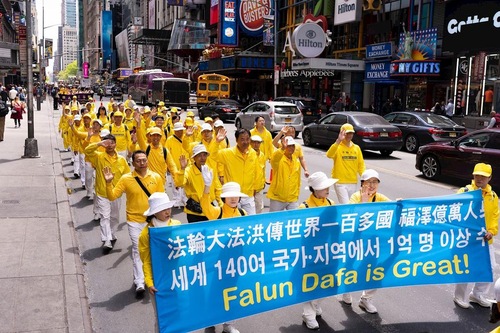 Falun Gong practitioners from around the world participate in a parade in Manhattan, New York, on May 16, 2019. 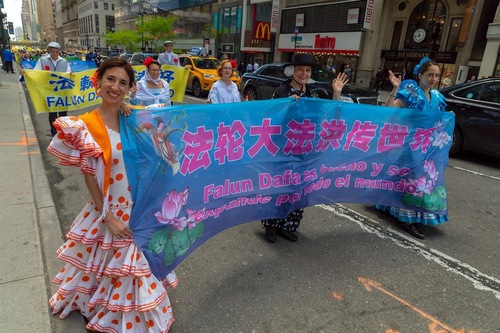 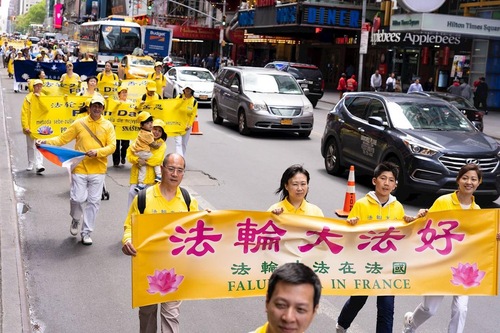 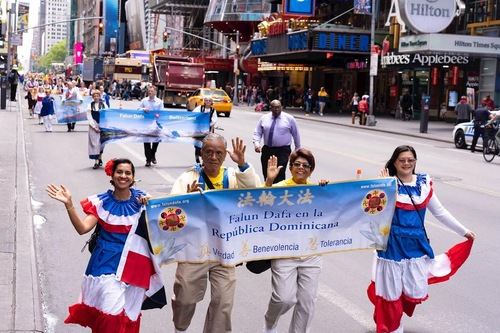 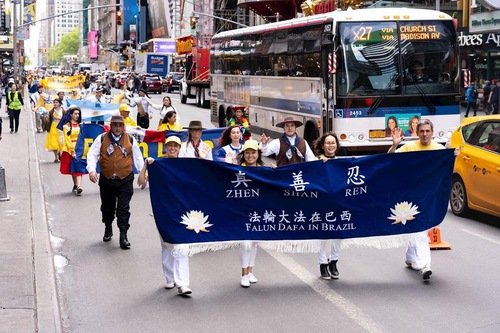 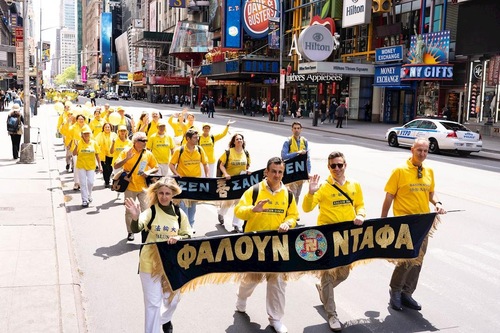 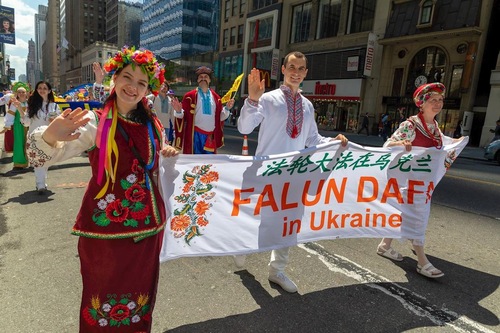 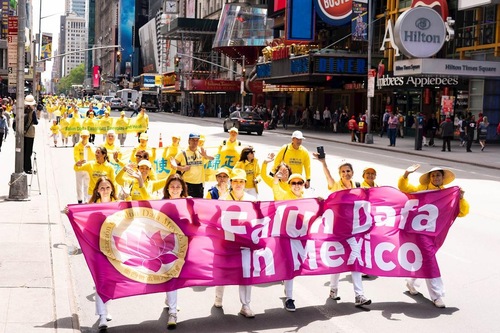 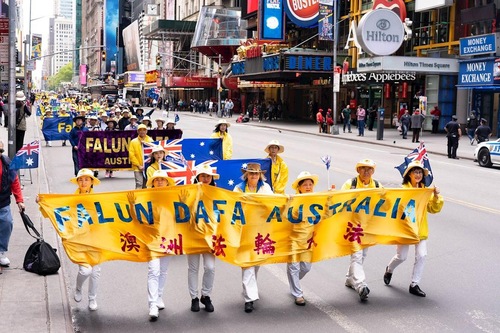 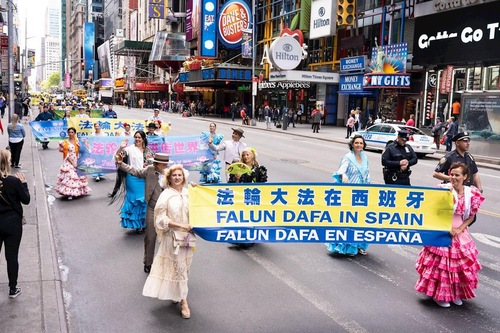 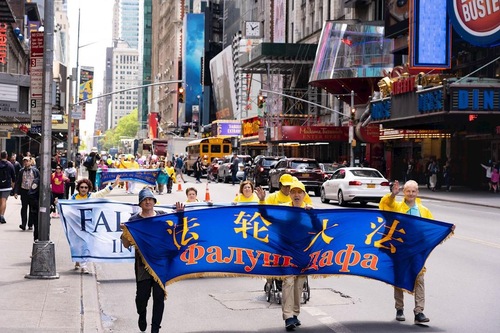 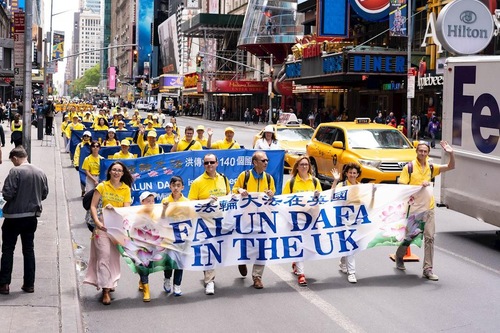 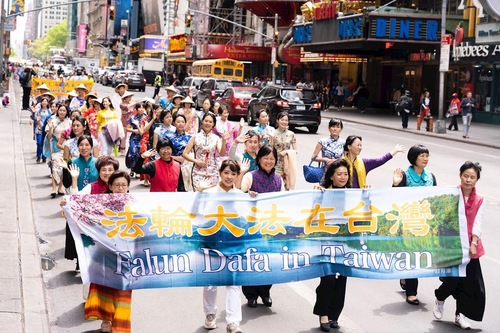 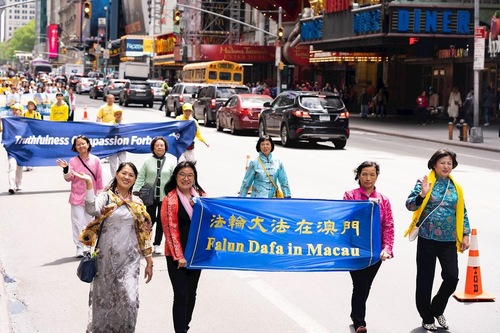 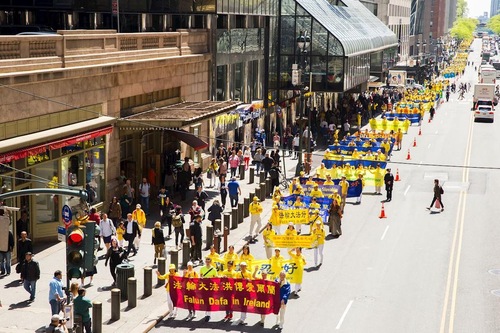 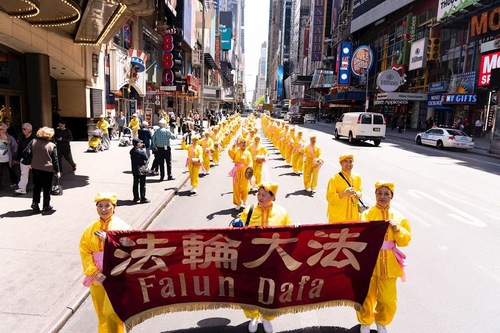 Practitioners from different countries and ethnic groups participate in the parade in Manhattan.

Practitioners from European, Asian, South American, and Australasian countries wore the traditional attire of their ethnic groups in the parade to celebrate World Falun Dafa Day and express their gratitude to Mr. Li. 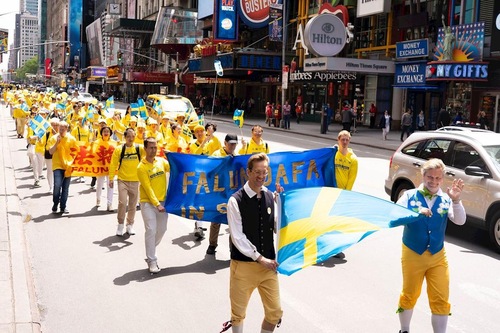 Practitioner Thomas Pompe (first in the front row) from Sweden 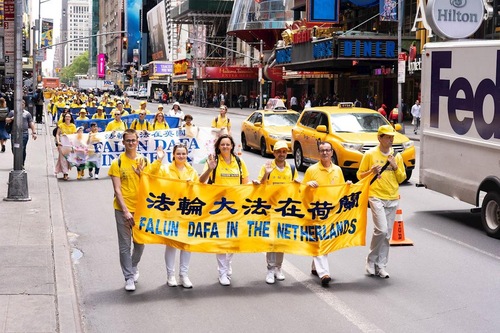 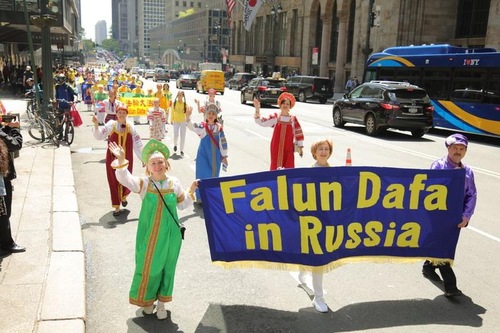 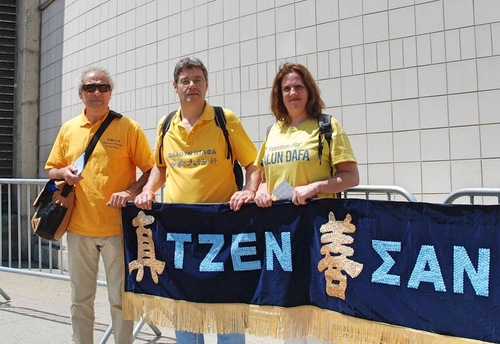 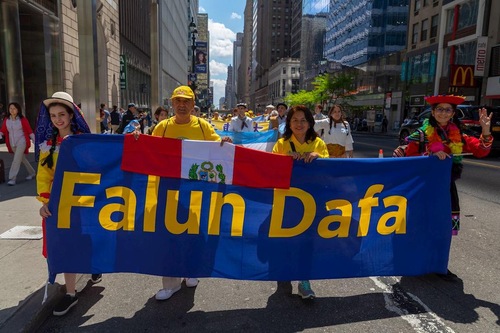 The parade passed by several of Manhattan's famous landmarks, including Grand Central Terminal, Bryant Park, and Times Square. The parade drew the attention of many spectators. 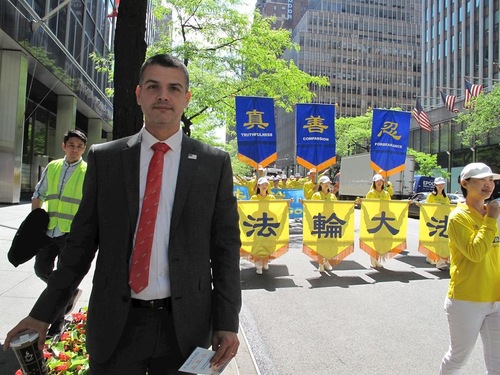 Daniel Buricel works at a bank on 42nd Street and took videos of the parade from the roadside. He said, the parade was beautiful and added, “I see everyone is enthusiastic.”

Seeing the practitioners’ message of “Truthfulness-Compassion-Forbearance,” he said that the world has changed a lot in the past two or three decades and that everyone should learn to be more tolerant and kind.

“It is a message of hope for everybody,” he said. 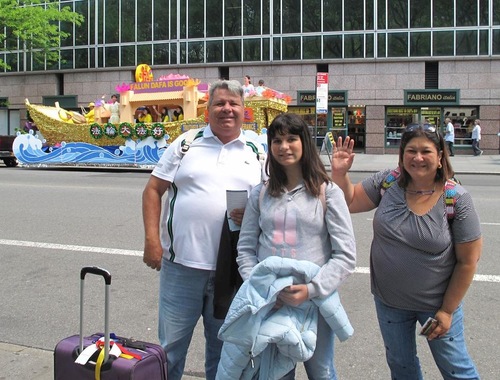 A family of tourists from Venezuela

Twelve-year-old Venezuelan girl Emmanela, her mother Mercede, and her father Daolo had just arrived in New York on a long-distance tour coach. They saw the parade less than 10 minutes after they arrived. The family of three stood on the roadside and waved to the procession.

Emmanela said, “Wonderful! Really beautiful! This [parade] shows the message to everyone. They are good people. You can feel it from your heart and soul.”

“This is a very good way to convey information,” said Mercede. “Everyone should respect them.”

Daolo said that they were lucky to encounter the Falun Gong parade just as they arrived in New York. “We saw this parade in the coach,” he said. “It is wonderful! We don't know about this (Falun Dafa). We will definitely learn more about it.”

“Belated News: Imprisoned Man Tortured for His Faith, Dies Months After Being Released on Medical Parole”