New York: Protesting the Persecution in Front of the Chinese Consulate

(Minghui.org) Falun Gong practitioners gathered in front of the Chinese Consulate on May 16, 2019 to protest the Chinese Communist Party's (CCP) persecution of the practice. They went there after finishing the grand parade in Manhattan, celebrating the World Falun Dafa Day. 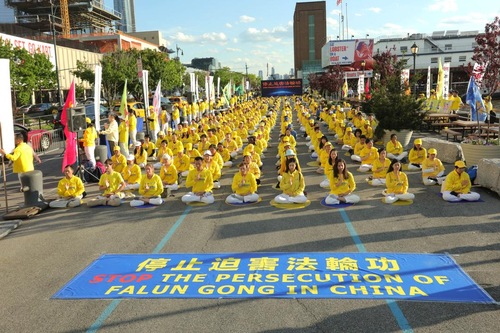 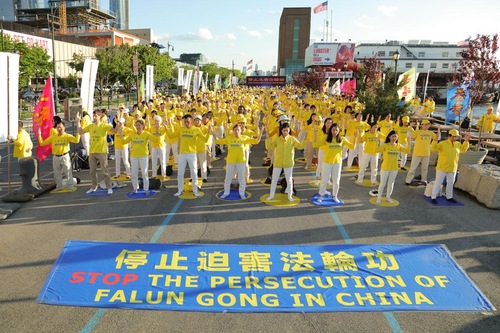 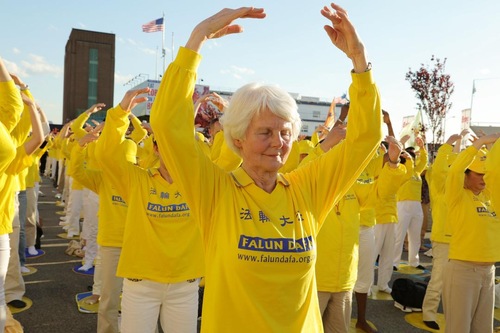 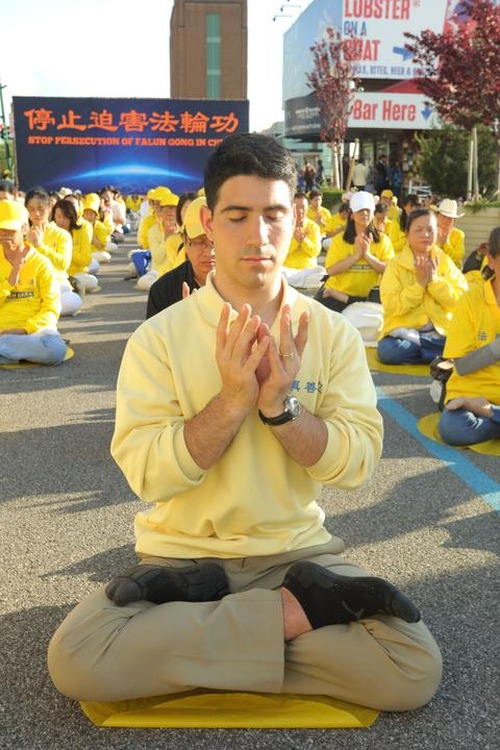 The practitioners expressed hope that all people worldwide learn about Falun Gong and come to understand the evil nature of the CCP. They hope to bring everyone together in working to stop the persecution.

The rally started at 4:30 p.m. The practitioners wore a yellow T-shirts and lined up beside the Hudson River. They held vertical banners with the words “Stop the Persecution of Falun Gong” and “Bring Jiang Zemin to Justice” in both English and Chinese.

The practitioners demonstrated the Falun Gong exercises, and the events drew the attention of many passersby, who accepted fliers. Some asked about Jiang Zemin (the former head of the CCP who initiated the persecution).

The Brutality of the CCP's Persecution Is Shocking 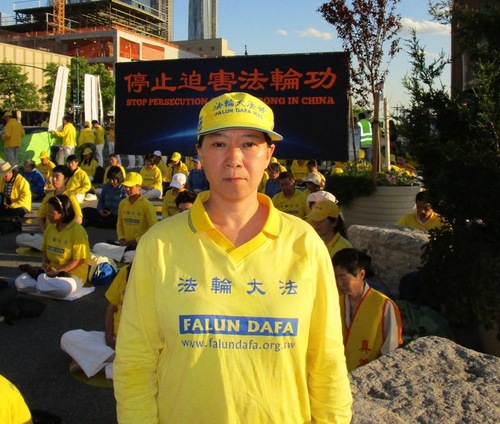 Chi Lihua was one of the practitioners participating in the event. Her husband Xu Dawei died from torture in a CCP prison. He was arrested for printing Falun Gong informational materials, and sentenced to eight years in prison.

While in prison he was injected with unknown toxic drugs. He was young and healthy prior the arrest, but became emaciated after being tortured and was eventually in critical condition. Traces of beatings and electric shock injuries covered his body. He passed away 13 days after being released from the prison.

Many people in his home town were indignant at the persecution. Within three days in 2009, 361 people signed a petition with their true names. Chi said during the petition that some lawyers and police provided help.

To help stop the persecution as soon as possible, Falun Gong practitioners raise awareness of the CCP's persecution in front of Chinese embassies and consulates in many countries. 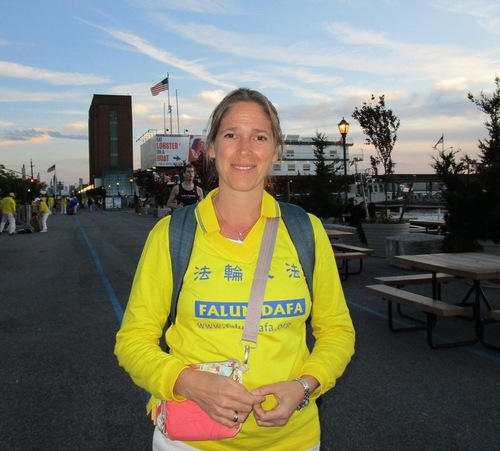 Katja Hausmann, who joined the protest in front of the Chinese Consulate in New York, came from Vienna, Austria. She has practiced Falun Gong for six years. She said that in Austria, Falun Gong practitioners hold peaceful protests every week in front of Vienna's Chinese Embassy.

Because of her medical background, she has a good understanding of the CCP's state-sanctioned organ harvesting from living Falun Gong practitioners. She hopes to help stop such inhuman crimes as soon as possible.

The rally caught the attention of many passersby. Many people expressed their support. 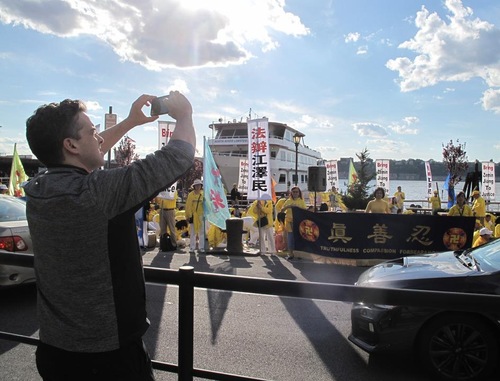 A passerby takes videos of the protest. 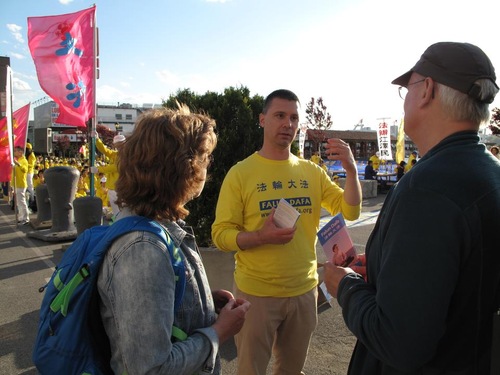 A couple from Germany watch the protest and listen to a practitioner explain the evil nature of the CCP. 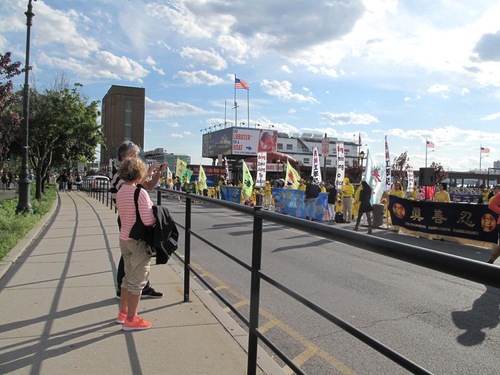 Two tourists from France agree that it is important to let more people know about the persecution. 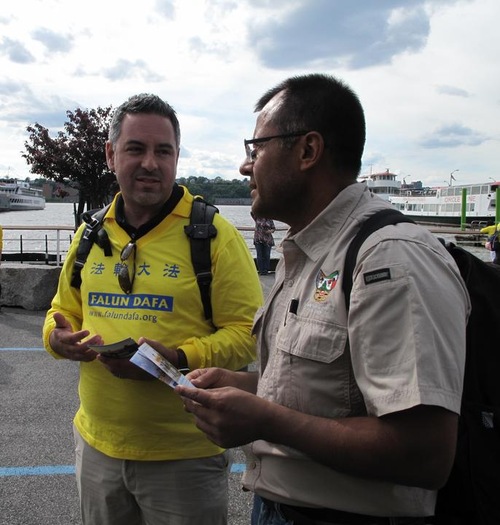 Carlos, a tourist from Mexico, said that he watched the grand parade in Manhattan and was shocked to find out about the brutal persecution.