(Minghui.org) Falun Gong, also known as Falun Dafa, was made public first in Changchun, Jilin Province, China on May 13, 1992, by its founder Mr. Li Hongzhi. Since then, the practice has spread to over 100 countries. 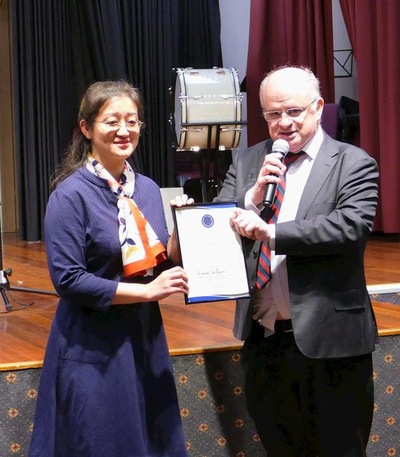 Lord Mayor Andrew Wilson of the City of Parramatta hands his letter of recognition to Dr. Zhao, Director of the Australia Falun Dafa Association. 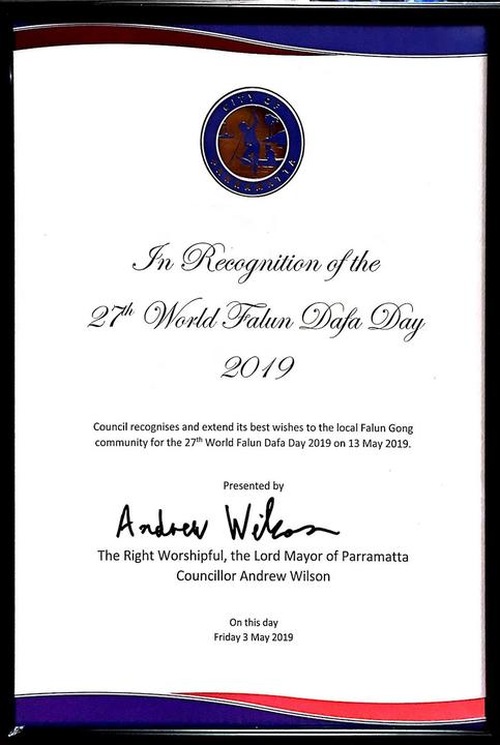 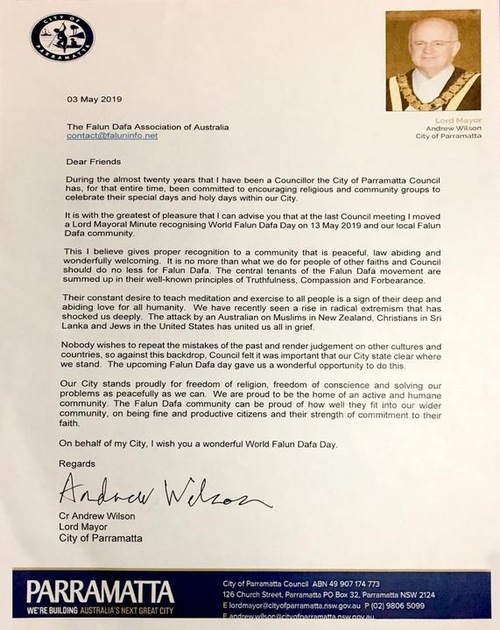 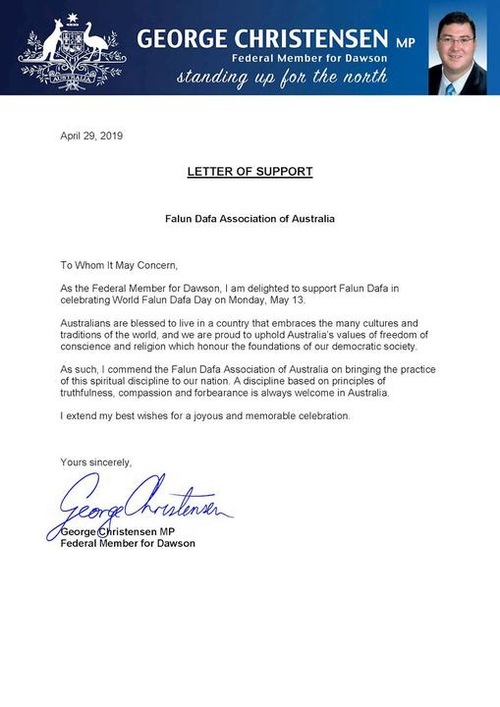 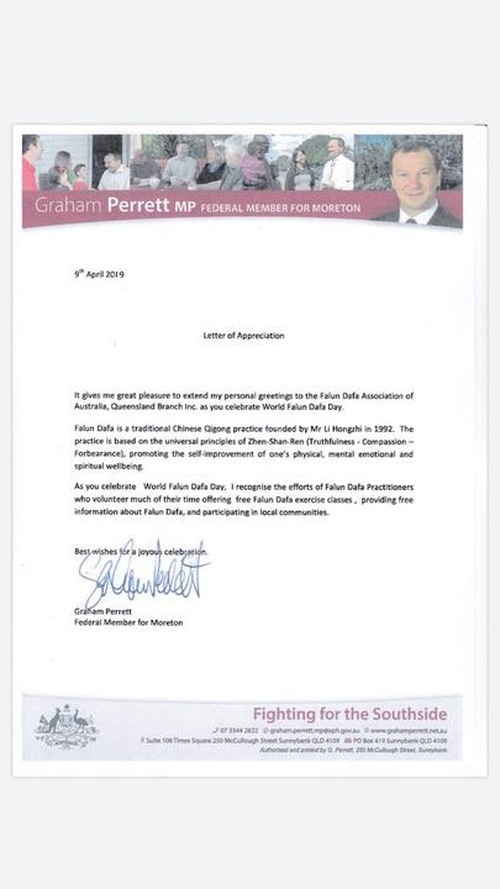 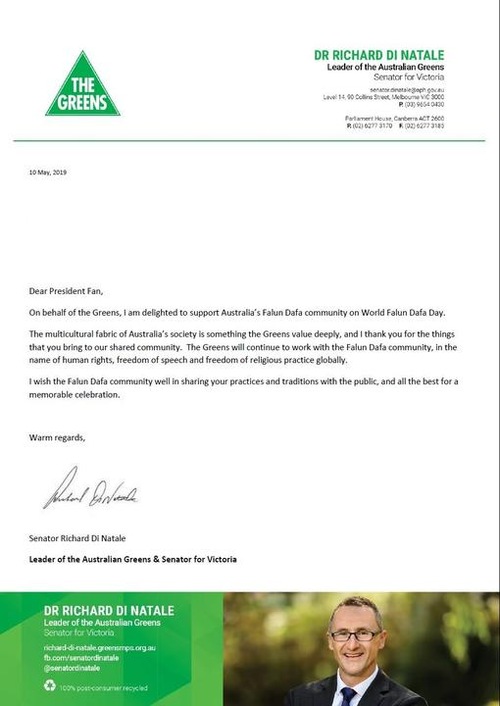 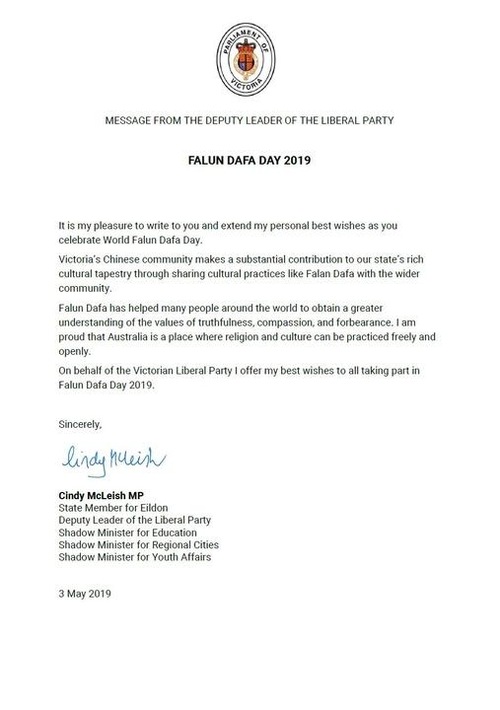 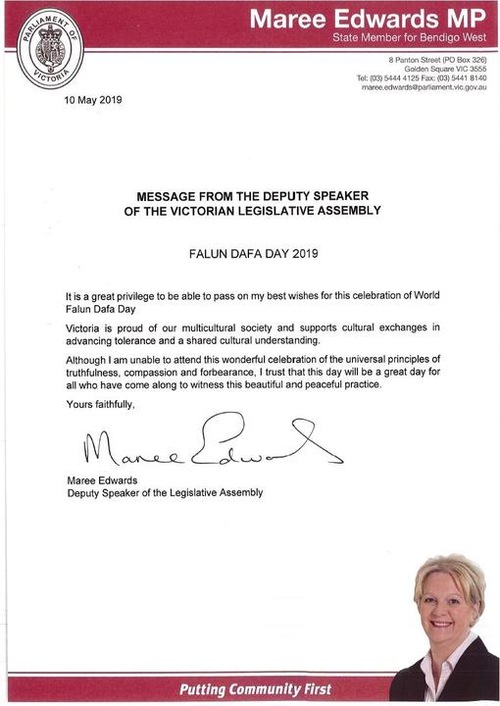 Letter from Deputy Speaker Maree Edwards of the Legislative Assembly 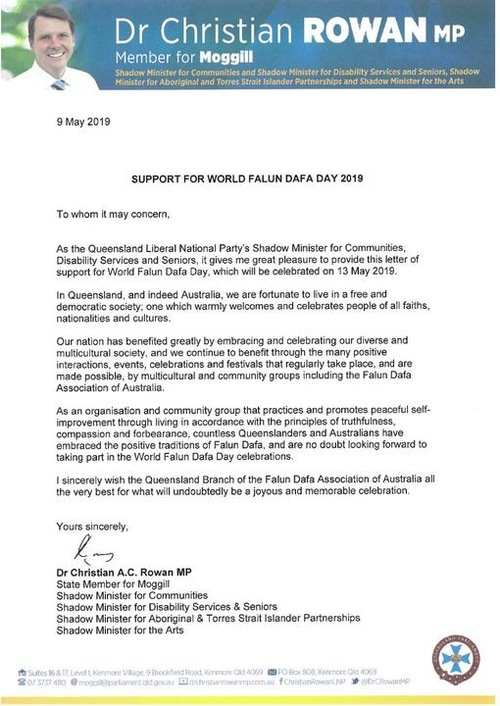 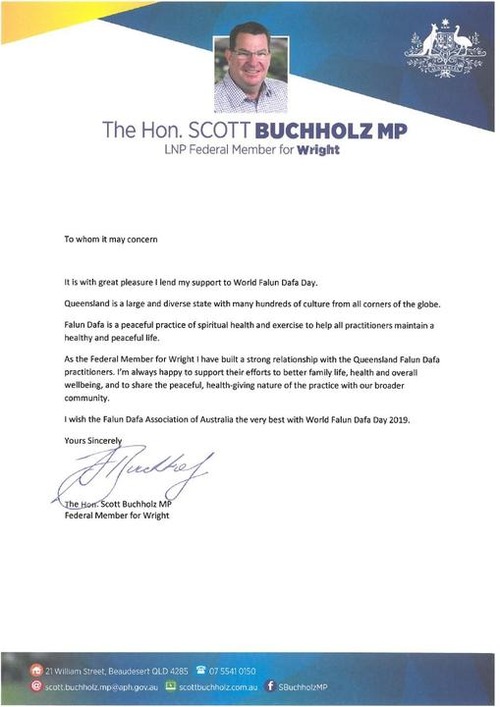 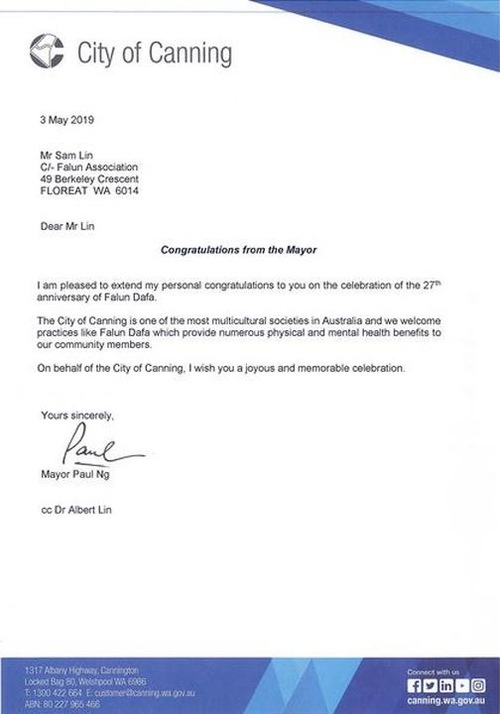 Congratulation from Mayor Paul Ng of the City of Canning 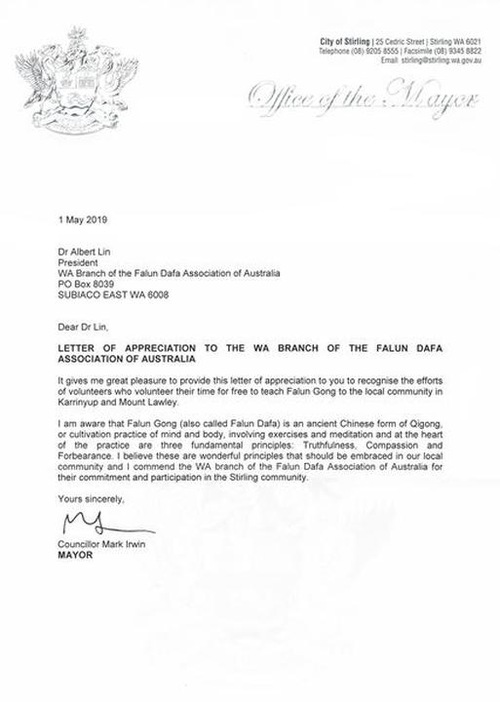 Letter from Mayor Mark Irwin of the City of Stirling 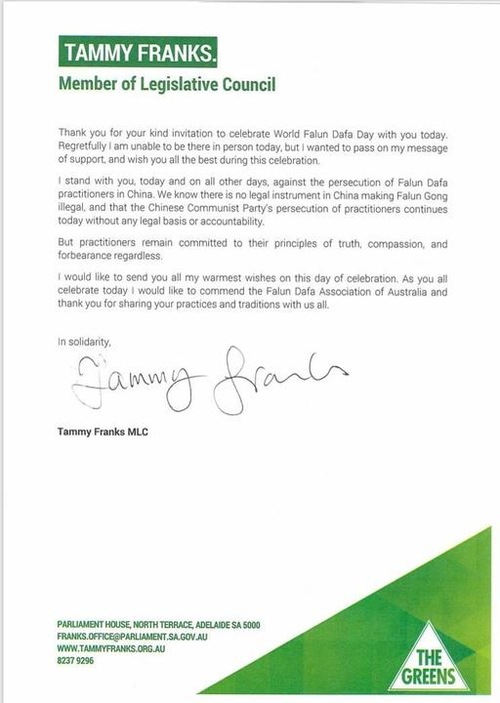 Letter from Tammy Franks, Member of the Legislative Council of South Australia 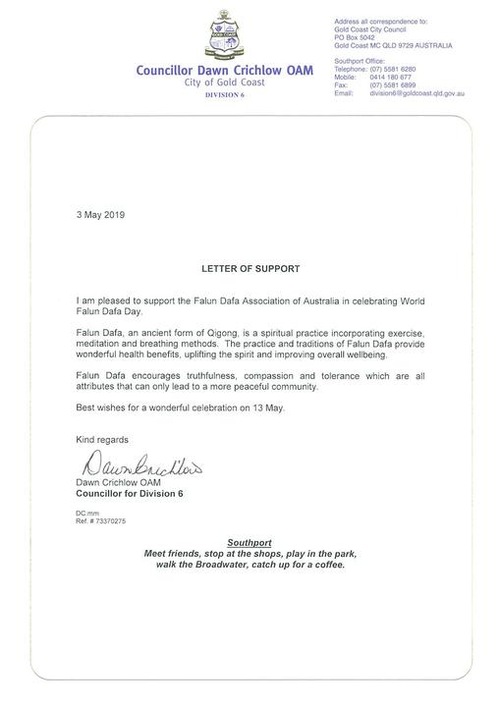 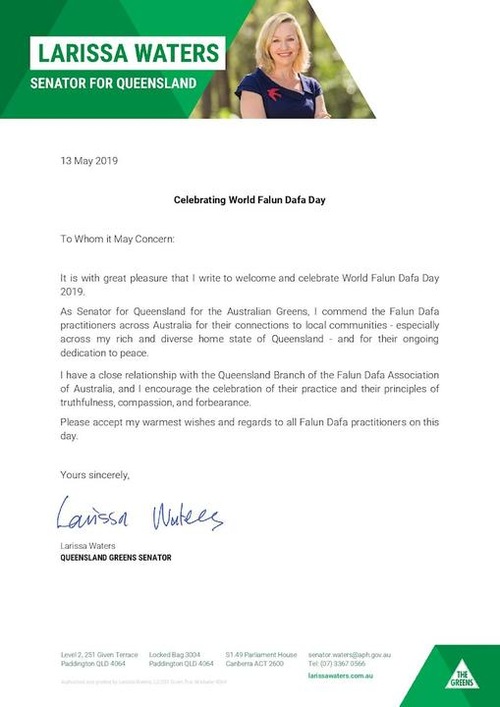 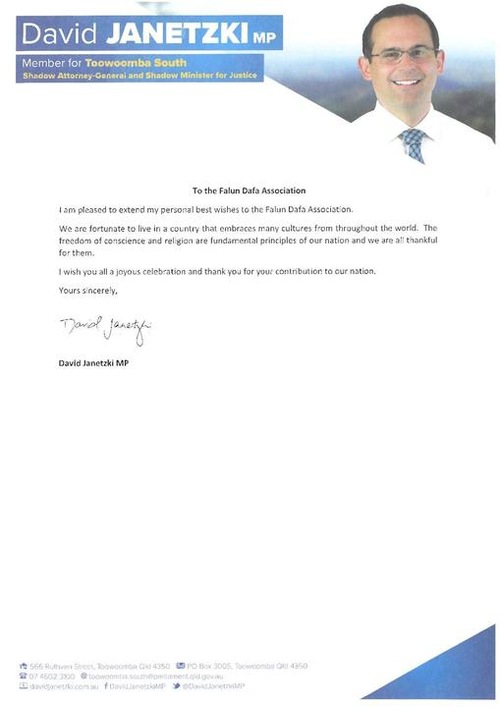 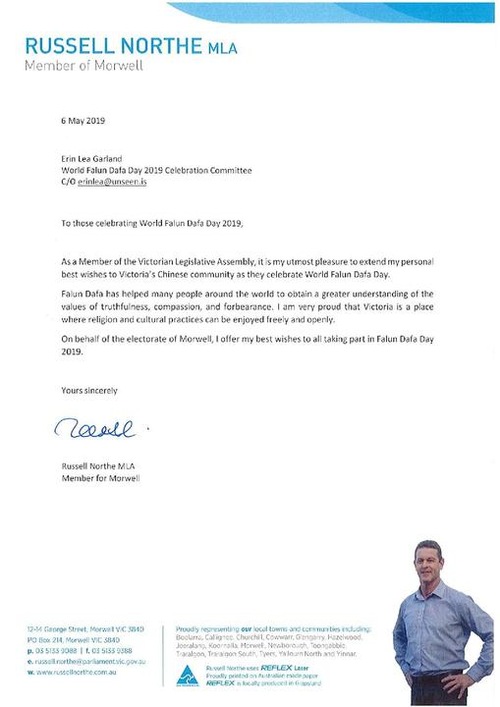 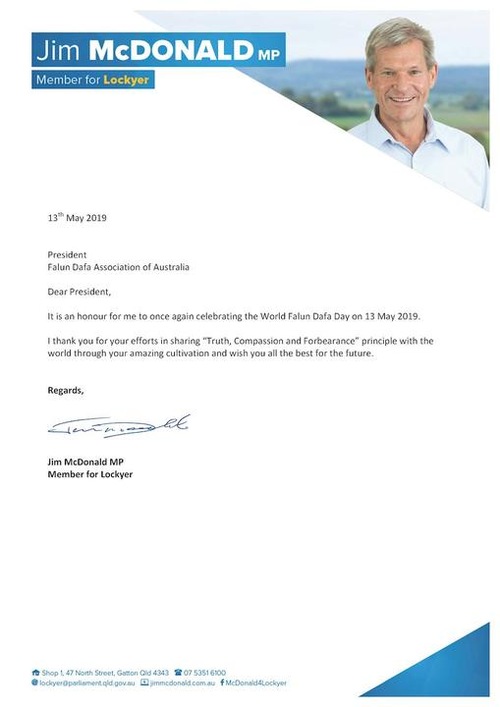 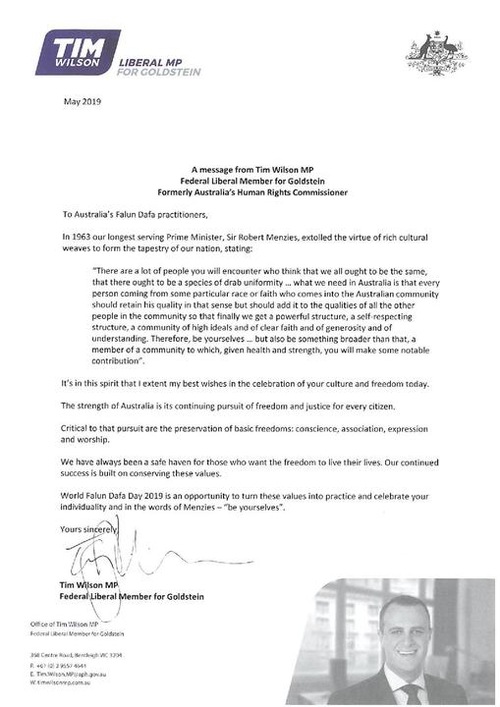 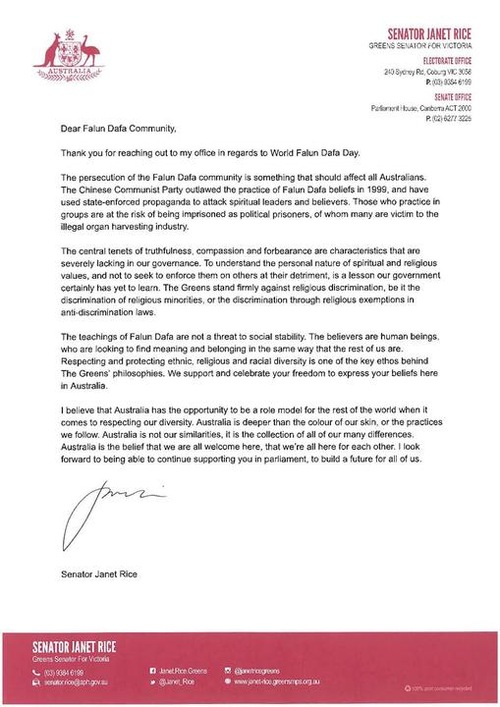 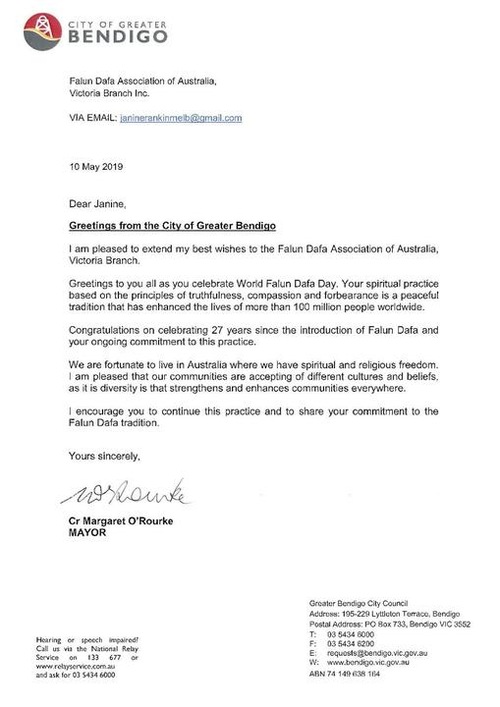 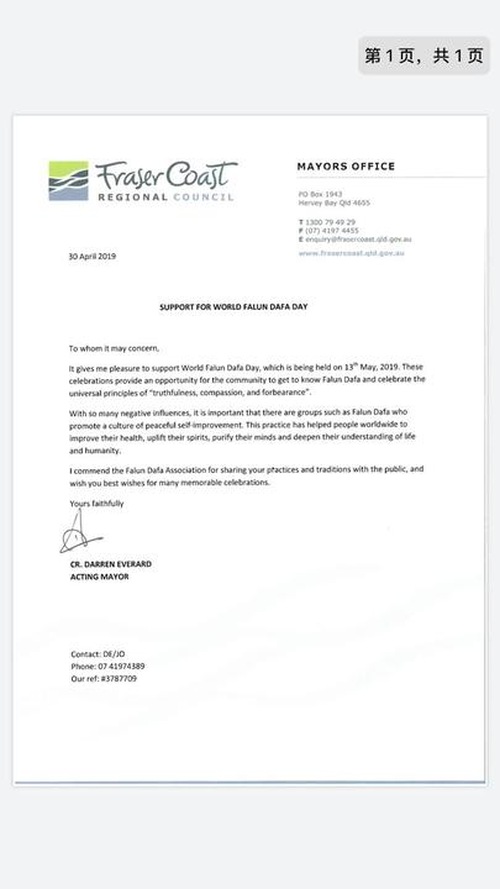 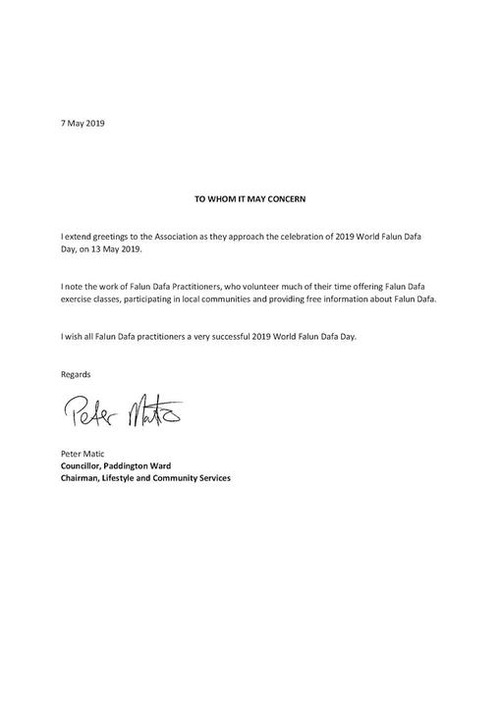 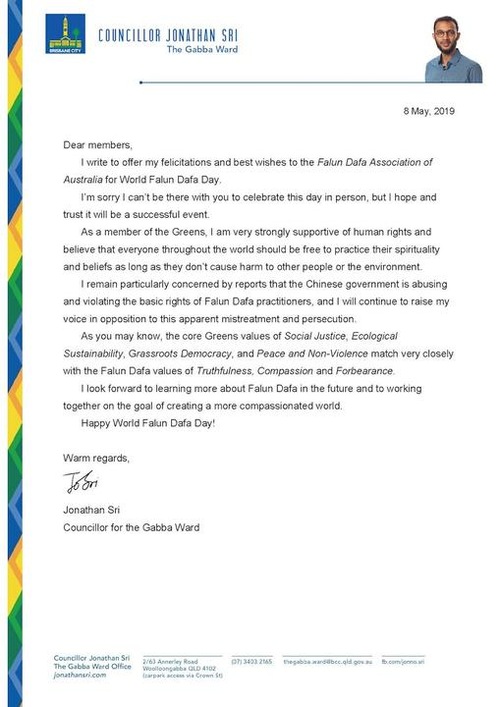 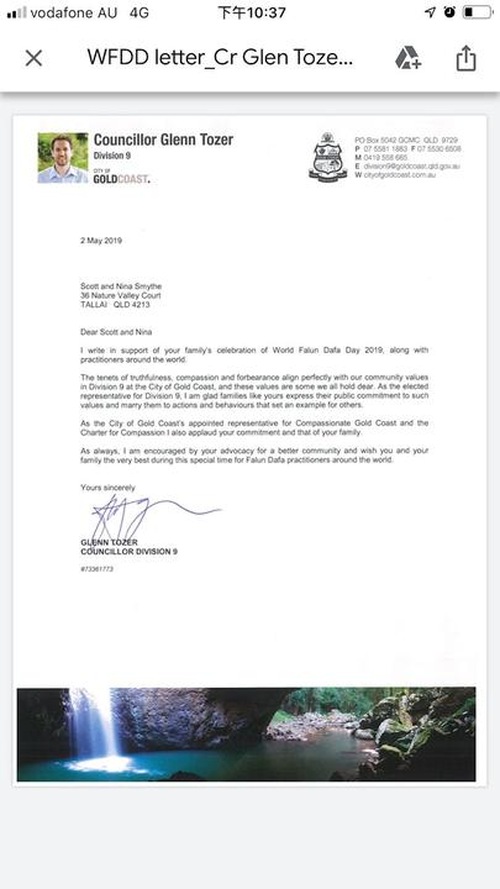 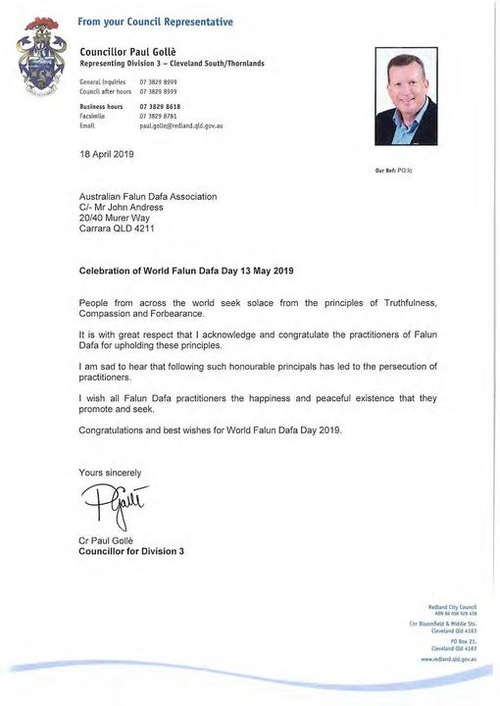 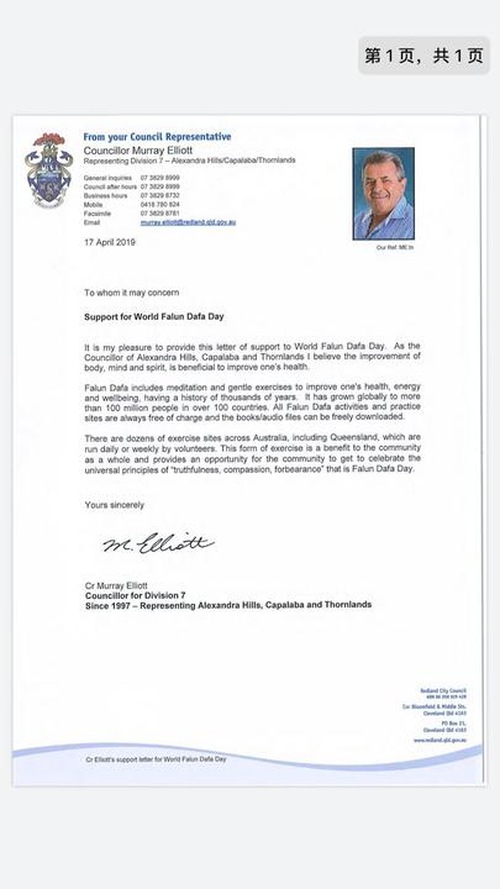 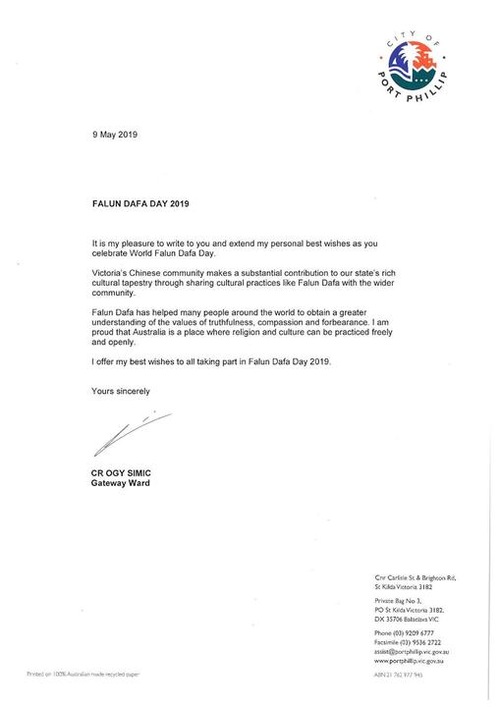 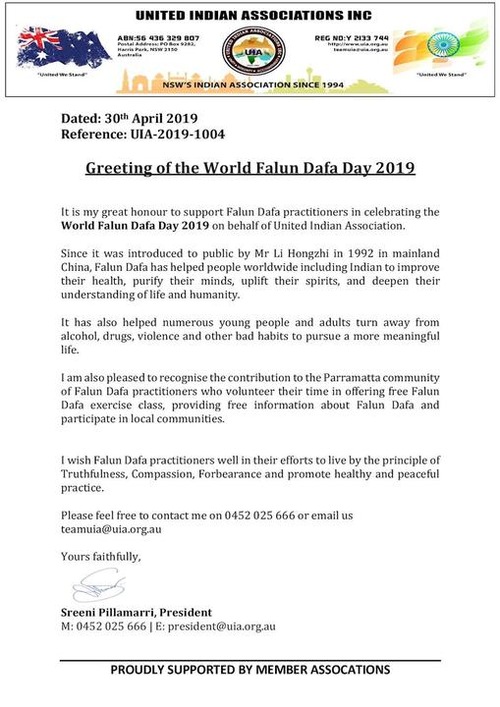