(Minghui.org) In honor of the 20th World Falun Dafa Day and the birthday of Master Li Hongzhi, May 13, many Falun Dafa practitioners sent heartfelt greetings to celebrate this grand occasion and wish Master Li a Happy Birthday.

Among these practitioners, some have only been practicing for a few months, some are in their 80s, and some come from an entire family. Many of them have experienced tremendous health benefits or instances of being protected by Master Li in dangerous situations.

These practitioners all thank Master for awakening them from the illusory human world. They say it is their greatest honor and blessing to have the precious chance to learn Dafa. They vow to seize the opportunity, live by the principles of Truthfulness-Compassion-Forbearance, and fulfill their historic vows.

One practitioner from Changchun, Master's hometown in Jilin Province, wrote: “I'm 90 years old now. Both my wife and I are new Falun Dafa practitioners. My daughter had a swelling on her back and the doctor said she might become bedridden after the surgery. But she completely recovered after practicing Dafa and she is able to take good care of us now.

“My wife suffered the results of a stroke for many years. Her health gradually recovered, her memory picked up, her headaches went away, and she's gained more energy and strength since she started practicing Dafa. It's been the same for me. I feel so full of energy and my body is light after I do the fifth exercise. Thank you, Master, for bringing health and happiness to our family.”

A practitioner from Zhuzhou City, Hunan Province, wrote, “I've only been studying Dafa for two months, but I was so surprised to see all these changes that have happened to me. After learning the principles of 'no loss no gain' and that I would lose virtue if I cursed others, I stopped complaining to my husband, and I stopped being picky when I do grocery shopping.

“Now I do the exercises and study the book every day. I follow the requirement to be a good person. My health has improved quickly. My high blood sugar and high cholesterol disappeared. My memory is much sharper. One time a vendor forgot to take my money when I bought meat from him. After I realized it, I returned to the market and paid him. I would have never done that if I hadn't learned Dafa.”

A practitioner from Shantou City, Guangdong Province, said that he used to have a serious ailment. He saw several famous doctors and took medicine for two years, but he didn't improve. He met a Falun Dafa practitioner in late 2016 and learned the practice. Several months later, his problem completely disappeared and he didn't have to take medicine anymore.

Another practitioner from Tangshan City, Hebei Province, wrote that her daughter-in-law is a very nice person and had a good reputation in their family. But six years after she married his son, they still hadn't had a child. They tried different medical interventions, but she still didn't get pregnant. “One year after she learned Dafa with me, she became pregnant, and the expected due date is May 13! All of us are so grateful for Master!

“My daughter-in-law's father used to be against her practicing Dafa. But when he heard the good news that she was expecting, he was so excited that he couldn't sleep all night. When he woke up, he wrote a solemn statement expressing his regret for the disrespectful things he had said about Dafa before.”

Other greetings came from the Falun Dafa practitioners in the following regions: 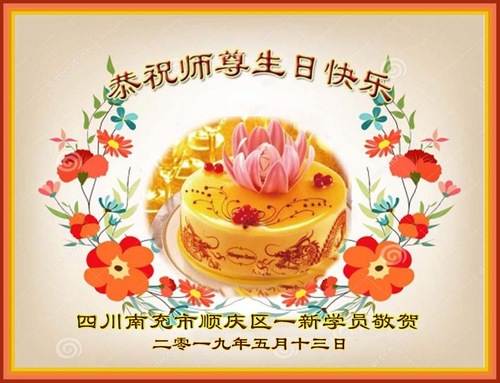 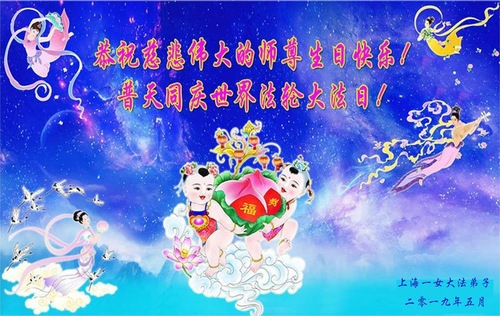 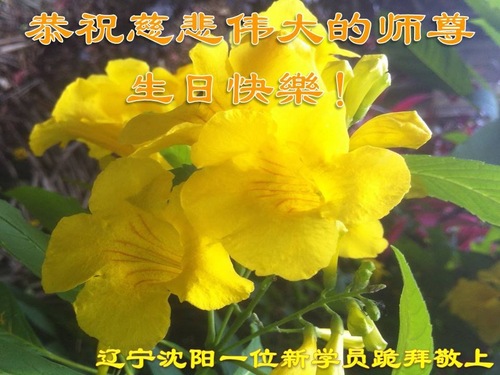 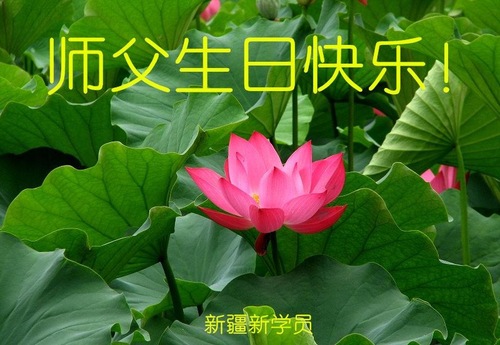 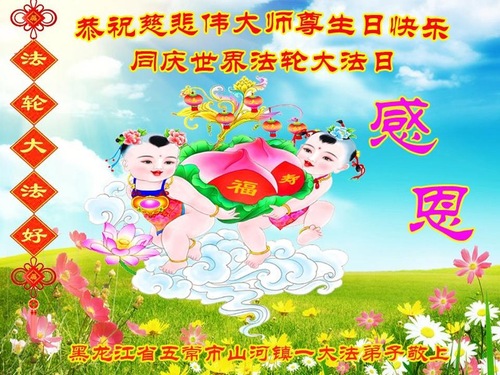 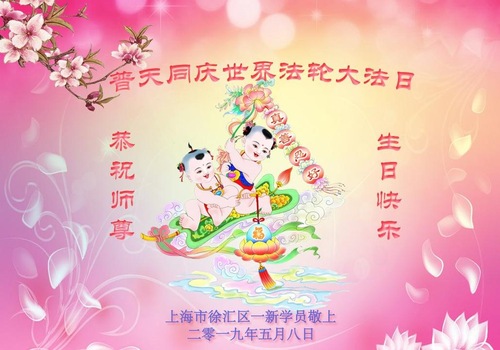 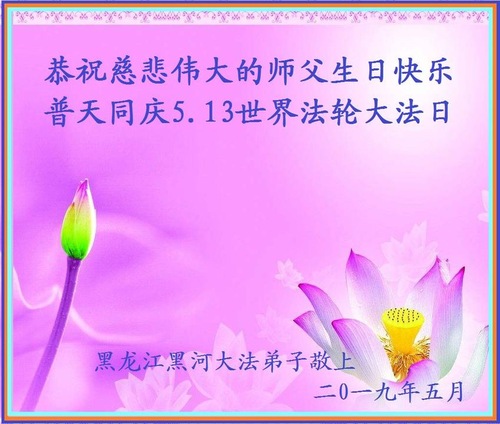 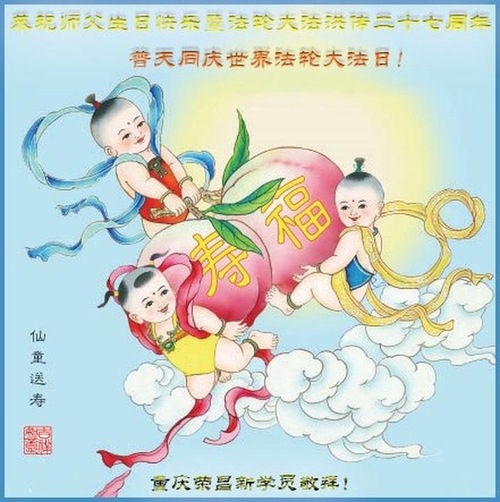 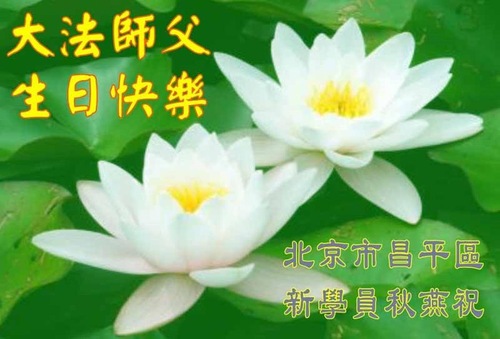 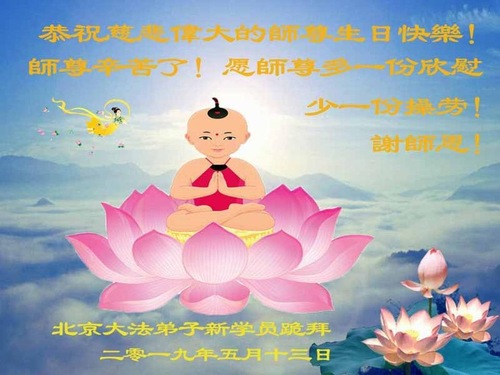 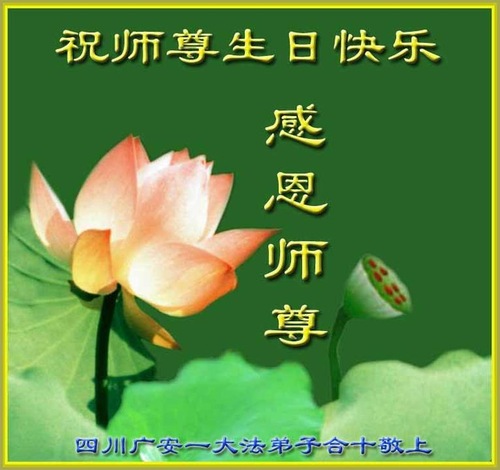 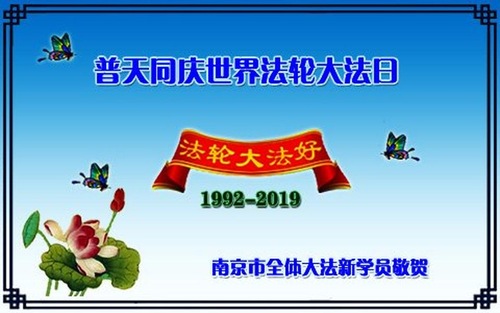 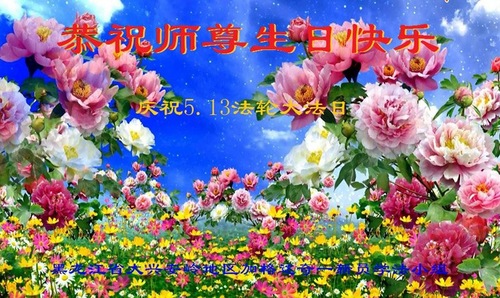 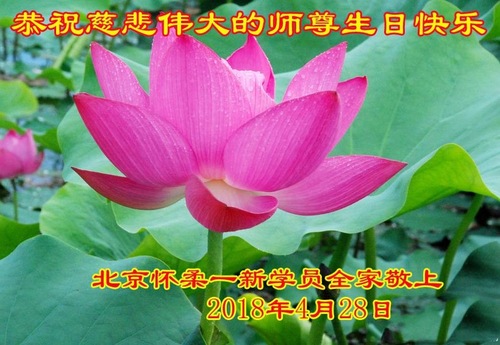 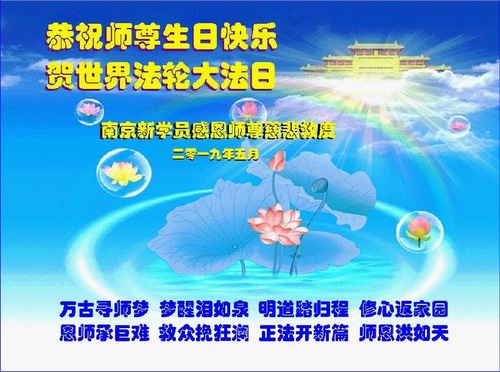 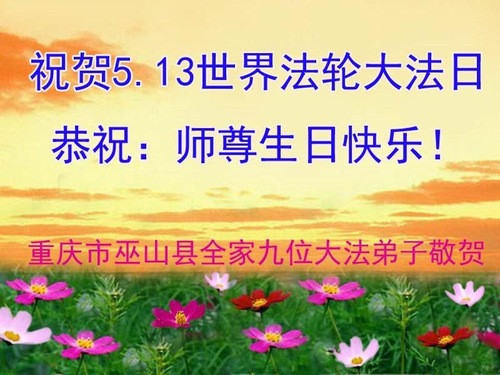 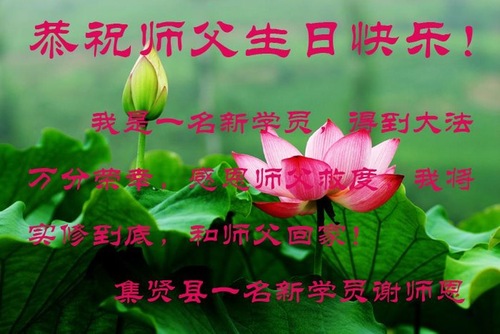 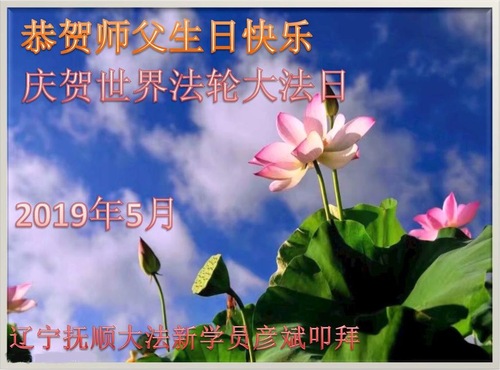 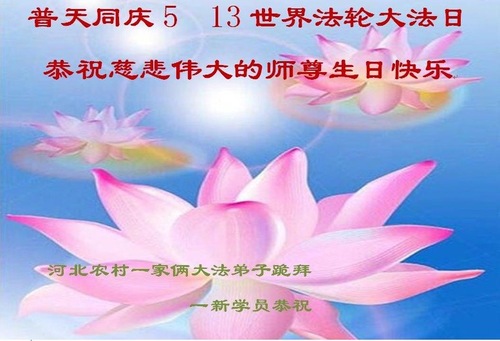 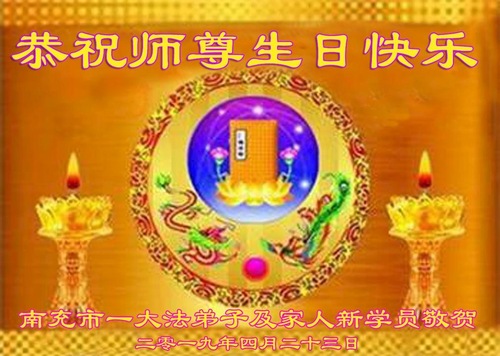 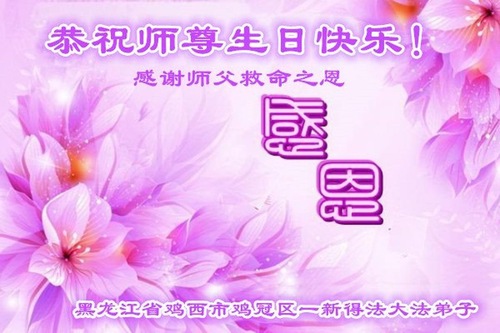 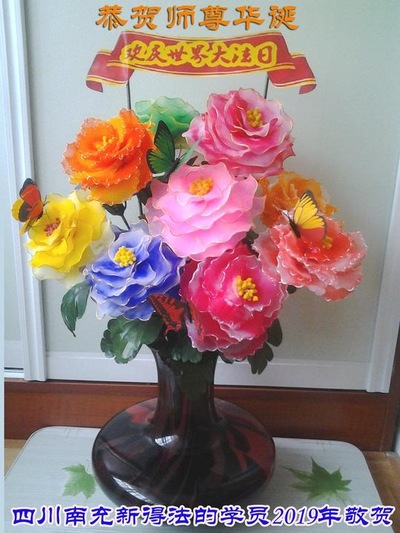 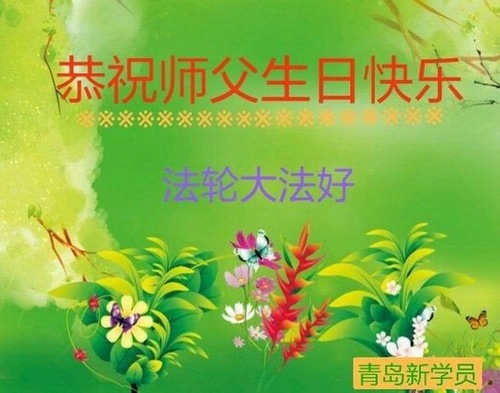 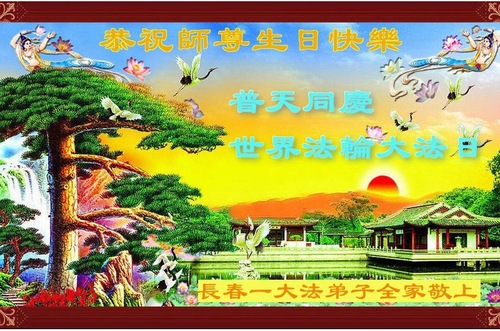 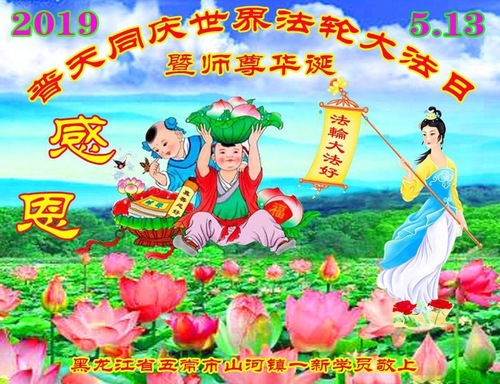