(Minghui.org) A resident of Changchun City, Jilin Province, was taken back into custody six months after he was released on bail after the prosecutor failed to find enough evidence to charge him. He is now facing trial for practicing Falun Gong, a mind-body discipline that has been persecuted by the communist regime since 1999. 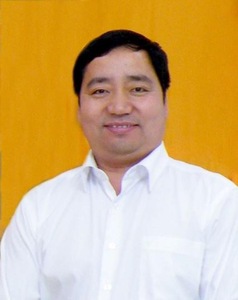 Mr. Mu Junkui, 49, was first arrested on September 7, 2018, after being monitored by the police for some time. The police ransacked his home and the warehouse of his family business. Many of his personal and business properties were confiscated.

The police beat Mr. Mu, hitting his head and face, at the local station and during a physical exam at the hospital. One officer handcuffed him so tightly that his wrists swelled up.

He was released on bail on September 30 when the Kuancheng Procuratorate prosecutor didn't have sufficient evidence to indict him.

Mr. Mu went out of town on business in late February 2019 after obtaining approval from the prosecutor. As soon as he returned to Changchun on March 20, he was arrested and taken back into custody in the Changchun No.1 Detention Center. The prosecutor said they were trying to wrap up his case and move it to trial.

This isn't the first time that Mr. Mu has been persecuted for his faith. Because he appealed for the right to practice Falun Gong in Beijing on July 21, 2001, he was arrested and incarcerated in Tuanhe Forced Labor Camp from 2001 to 2003.

To try to force him to renounce Falun Gong, the guards locked him in solitary confinement and forced him to sit on a small stool for long hours each day. His buttocks soon festered. They also shaved off half of his hair to humiliate him.

The guards once shocked Mr. Mu with six 150,000-volt electric batons all over his body. He was severely burned. The pain was so excruciating that he felt his head was exploding. He was drenched in sweat. Because he'd clenched his teeth so tightly when he was being shocked, all of his teeth loosened and he couldn't eat solid food for more than two weeks.