Learning about Falun Gong at the Taiwan National Palace Museum

Mr. Li Hongzhi, the founder of Falun Gong, introduced this cultivation practice to the public in May 1992. Since then, hundreds of millions of people are either practicing Falun Gong or have witnessed the benefits of practicing it. It has played an important role in bringing happiness, health, and positive energy to the world.

Out of jealousy of Falun Gong's popularity, Jiang Zemin, the former leader of the Chinese Communist Party (CCP) launched the persecution in 1999. Falun Gong practitioners have been clarifying the facts to counter the lies publicized through communist propaganda.

The National Palace Museum is one of the sightseeing locations in Taiwan, where Falun Gong practitioners maintain a regular presence day in and day out. 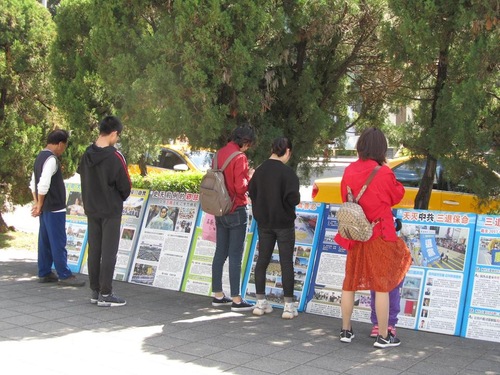 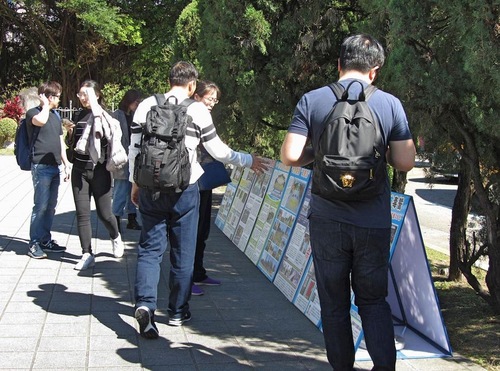 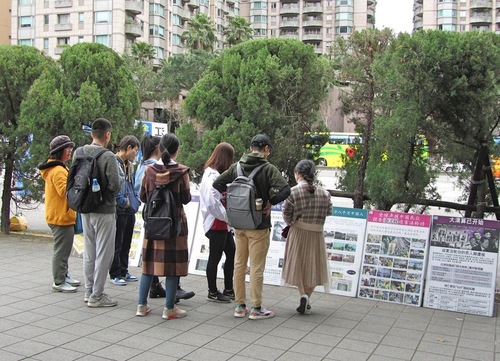 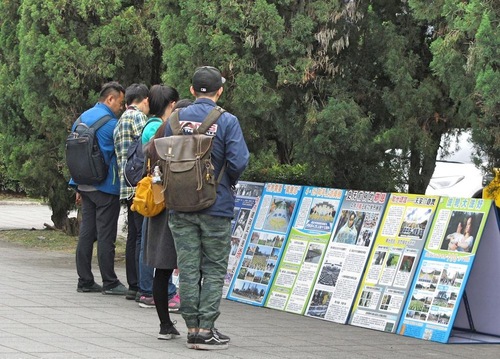 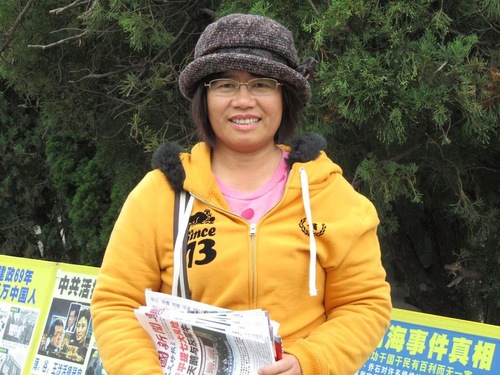 Ms. Lin Xize has been clarifying the truth at the National Palace Museum for three years.

An elderly couple told Ms. Lin, “I don't believe Falun Gong and I don't believe the CCP, either.” They didn't know how to get to their next destination. Ms. Lin offered them detailed directions. The couple said, “Falun Gong practitioners are so kind. I believe you now.” They quit the CCP and its youth organizations before they continued on their trip.

There are more and more mainland tourists that have learned the truth about Falun Gong. They no longer believe the Chinese propaganda. She once spoke to a group of two men and a woman. The two men shared with Ms. Lin that they had already quit the Party. The woman looked at Ms. Lin but didn't say anything.

Ms. Lin didn't give up and approached the woman when she was resting on a bench. Ms. Lin said, “I am a volunteer. My only objective is to offer you a way out when the CCP is held accountable for committing atrocities. The CCP will for certain be accountable for persecuting Falun Gong.”

The woman responded, “We know about it. We are able to evaluate the situation.” She quit the CCP and thanked Ms. Lin.

“I Will Help Spread the Information”

A young man from the mainland asked Ms. Lin, “I have heard of Falun Gong, but don't really know what it is.” Ms. Lin then told him about the Falun Gong principles of Truthfulness-Compassion-Forbearance and about the staged self-immolation on Tiananmen Square meant to frame Falun Gong and justify the persecution, and about the CCP's killing of Falun Gong practitioners for their organs.

“I see, I will spread the information upon returning to China,” replied the man.

Another man was smoking aside from his travel group. Ms. Lin approached him and told him how the CCP members will be implemented when the time arrives for the CCP to pay back its crimes. The man kept nodding. As Ms. Lin offered him to quit the CCP, his face lit up. He gave Ms. Lin a thumbs up before leaving with his group. 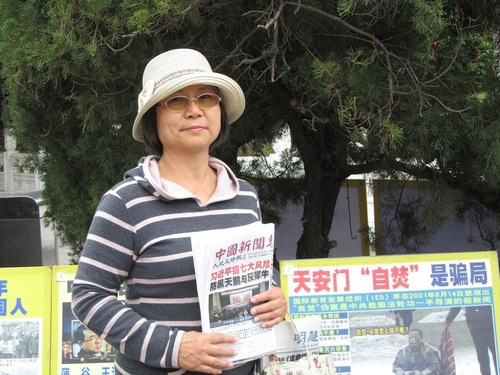 Yuzhi has been volunteering at this site for 10 years. She said that she often helped entire families to quit the CCP. During the Chinese New Year, she met a family of three generations. They said that they had been told the facts about Falun Gong, but did not know where to quit the CCP. With Yuzhi's help, their wish was finally fulfilled. They thanked Yuzhi for giving them a special gift for the Chinese New Year.

“The Cultivation Path of a Nine-Year-Old”