(Minghui.org) Today's news from China includes incidents of persecution that took place in 5 cities or counties in 5 provinces, where at least 9 practitioners were recently persecuted for their belief. 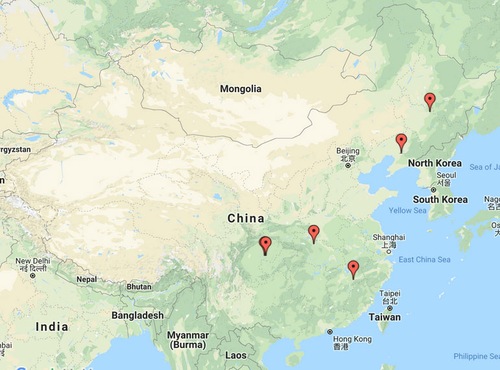 Ms. Zhang Guiyun from Heilongjiang Province had been displaced. She was arrested in Anshan City, Liaoning Province, on January 28, 2019. Officers from the Gonghe Police Station in Anshan City called Ms. Zhang's son that evening and told him that his mother had been taken to a detention center.

Ms. Zhang was officially placed under arrest on February 3 by the Lishan District Procuratorate in Anshan City. When her family went to the Procuratorate on March 13, they were told that her case had been turned over to the Prosecution Section. The official refused to tell the family the name of the prosecutor her case was assigned to.

Mr. Xu Zhenhua from Yujiang County was arrested at home at noon on March 14, 2019. Another elderly practitioner with the last name Li was also arrested at the same time. Officers arrived at Mr. Xia Zhuansheng's home in two police cars and arrested him that afternoon.

Mr. Gong Qinglin from Yilong County was arrested by officers from the Zhuangyuan Street Police Station in Jincheng Town, Yilong County, in early March 2019. He was handcuffed and his home was ransacked.

Ms. Yang Fuzhen from the Kaoshantun area in Xinghe Village, Xinli Town, was arrested by seven officers from the Yushu City Domestic Security Division and the Xinli Town Police Station on the afternoon of March 14, 2019. Her home was ransacked. She was detained for five days.