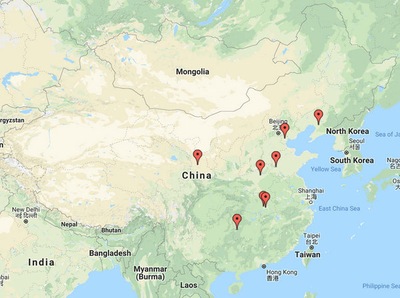 Ms. Zhang Chunxiang was arrested and taken to the Jining Detention Center by Domestic Security officers on March 12, 2019.

Mr. Chen Furong was given a one-year prison term by the Jinshui District Court on February 14, 2019 for filing a criminal complaint against Jiang Zemin, a former Chinese Communist Party head.

Ms. Zhou Youzhen, about 70, was arrested on January 4, 2019. She was held in the Erzhigou Women's Education Center, Dongxihu District, for over 10 days. Her daughter went to pick her up on January 19, and was told that her mother had been transferred to the No. 1 Detention Center, and was officially arrested.

Ms. Zhou Xiuwu, about 80, from Qiaokou District, has been missing for over a week. Her whereabouts are unknown.

Four officers from the Dagu Police Station and the Tanggu District Domestic Security Division broke into Ms. Li Yanxia's home and ransacked it on the morning of March 14, 2019, after her husband left home for work. Ms. Li was arrested and her whereabouts are unknown.

Ms. He Xiuyun from Hecheng District was asked to stop by police officers after she just passed the checkpoint in Huaihua Train Station on the afternoon of March 14, 2019. After finding two items which contained information about Falun Gong, the officers took her keys and told her they would ransack her home. Ms. He was taken to the Huaihua Railway Detention Center for detention.

Ms. Yang Wenfang, in her 70s, a retired employee of the Gansu Maternal and Child Health Hospital, was arrested on January 8, 2019. Her whereabouts were unknown. It was recently learned that Ms. Yang was held in the Gongjiawan Brainwashing Center.

Mr. Cao Jiatao was arrested on January 31, 2019 for talking to others about Falun Gong.