(Minghui.org) Sixteen people attended a Falun Dafa Nine-Day Lecture Workshop in Moscow from March 2-10, 2019, and shared how their health and mental well-being improved after learning the practice.

Attendees watched the videos of lectures given in Guangzhou by Mr. Li Hongzhi, the founder of Falun Dafa, and learned the five exercises. They also learned more about the ongoing persecution of Falun Dafa practitioners in China. 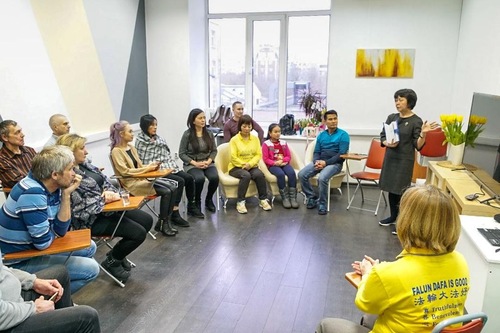 A practitioner introduces the practice at the workshop. 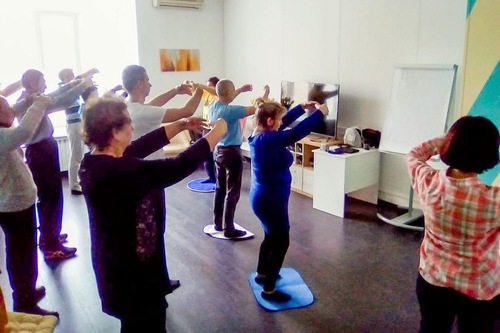 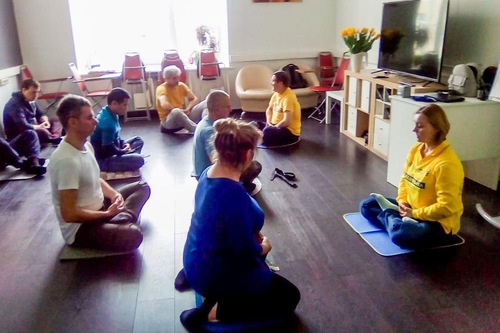 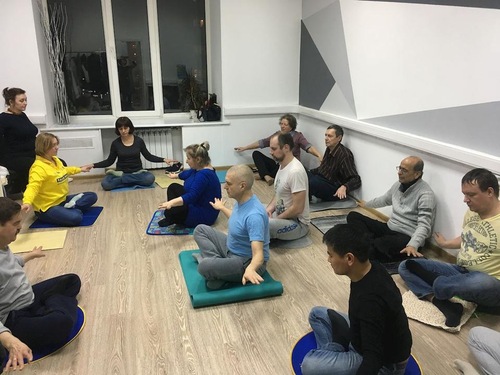 Lily, 51, is a Vietnamese practitioner. Before she started learning the practice three years ago, she had glaucoma and a lot of freckles on her face. Joint and spine problems had caused pain in her knees, lower back and neck. She had tried traditional Vietnamese medicine, yoga, and qigong practices but nothing worked. Her health problems made her highly irritable.

After she became a practitioner her glaucoma disappeared. She could read the small font and her eyes wouldn’t get tired. The freckles on her face disappeared, and so did her wrinkles. She looked a lot younger than she really was. She also became very peaceful, and people who knew her said that she had become a different person, and was very kind and energetic. She is now able to work and can even help babysit her grandson.

Andrei had heard about Falun Dafa, its health benefits, and the persecution in China. He read a lot about the human rights violations on the Internet and was shocked by the extent of the cruelty of the persecution and how much practitioners in China have suffered. He had heard about a lecture workshop about a year ago, but had been unable to attend that one and another one that had followed. Andrei said that the lectures allowed him to understand many things that were once mysterious to him. He meditated for half an hour with his legs crossed and expressed interest in continuing to learn the practice.

Oleg, 58, came to Moscow from Yalta to attend the workshop. He said that after listening to the lectures, he felt a dramatic improvement in his personality. When others treated him roughly, he didn't respond like he used to and instead he would show kindness. As a result, the situation would take a better turn. Oleg has begun to practice Falun Dafa with the local practitioners in Yalta.

A medical doctor from Dagestan was in Moscow to attend a professional training course. She was often exhausted after a day’s work and was always on the lookout for a way to rejuvenate and clear her head. She said after the nine-day workshop she felt a positive energy and an energy of kindness. The practitioners were compassionate and patient. She said that she wanted to tell the doctors she worked with in Dagestan about this wonderful practice.

Igor wanted to help his sick girlfriend regain her health and was looking for a way to achieve physical and mental fitness. He understood why people got sick after watching the lectures and knew that the way to stay healthy was to cultivate oneself. He planned to study Falun Dafa books and continue doing the exercises in the park with other practitioners.

Leonid had studied many Buddhist scriptures and was thankful that Master Li disclosed very important issues in the lecture. When he did the exercises, he felt strong energy and peacefulness.

“Once Detained for 7 Years, Former Aircraft Engineer Imprisoned Again for His Belief”