(Minghui.org) Today's news from China includes incidents of persecution that took place in 5 cities or counties in 3 provinces, where at least 16 practitioners were recently persecuted for their belief. 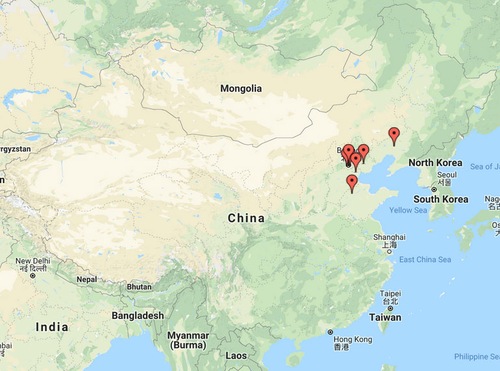 Ms. Shen Guilian from Jiuchizi Village in Fangshan Town, Heishan County, Jinzhou City, was arrested at the Dahushan Railway Station on February 27, 2019, when she was on her way to Zhengzhou with her husband for work.

The police confiscated two cell phones from her and one from her husband. That evening, they ransacked her home and confiscated three audio players.

Practitioners in Yanqing City were arrested or harassed by officers from the local 610 Office, Domestic Security Division, and police station on March 1, 2019. Here is an incomplete list of the practitioners who were harassed:

Mr. Bai Wenshu and his wife Ms. Wang Shufang from Qianjiadian Town were arrested. Their whereabouts are unknown.

Mr. Du Wanmin from Jian'anli in the Binhai New District was arrested at work on February 28, 2019. The police searched for his wife at work. Mr. Du is being held in the Nankai Detention Center.

The Qianxi County Police Department posted a wanted notice about Ms. Wang Zhixin on March 1, 2019, and offered a reward. The notice claimed that Ms. Wang was a fugitive.

Ms. Wang had no choice but to leave home on December 17, 2018, to avoid being persecuted. Since then, her family has been harassed frequently. The police have repeatedly harassed her husband both at work and at home.

Mr. Yan Xiangbao from Huawang Village, Deping Town, was arrested at home by officers from the Deping Police Station on February 9, 2019. He was taken to the Dezhou Detention Center.

Mr. Yan was previously arrested by Deping Police Station officers in 2015. At that time he was held in the same detention center. He held hunger strikes to protest the persecution until he was on the verge of death. He was then released.

“Master Has Helped Me So Much”