(Minghui.org) Millions of people have benefited from Falun Dafa since it was introduced to the public in May 1992 by Master Li Hongzhi. Practitioners of this spiritual discipline have become healthier and better citizens by living by its principles of Truthfulness-Compassion-Forbearance. Many non-practitioners have also seen their health improved, dangers averted, or life turned around.

In this report, we present greetings sent by practitioners and non-practitioners alike, who thanked Master Li for bringing them blessings and wishing him a happy Chinese New Year.

A practitioner in Gongan County, Hubei Province, recounted how her husband was blessed by identifying with Falun Dafa's principles of Truthfulness-Compassion-Forbearance. Years ago, he took a fall and broke his leg. He developed a bone infection and pus oozed out of the fractured site on his leg. He ended up having a 3-inch-long piece of bone removed.

Thanks to Master's protection, he gradually recovered. He is now able to take care of himself and even helps cook for the family. He has begun to read Dafa books.

A practitioner in Qinhuangdao City, Hebei Province, wrote that her 76-year-old father was diagnosed with cancer in September 2018. He heeded her advice to listen to Master's audio lectures. Miracles soon ensued, with his cancer turning into a cyst, which has been quickly shrinking over the past few months. He has begun to read Dafa books.

A high school student in Beijing said one day many of his classmates suddenly had a mysterious high fever. Some had to be rushed to hospitals. He was one of the very few kids who was fine.

He actually had felt brief moments of discomfort around the same time his classmates fell ill. But then he remembered to recite “Falun Dafa is good” and his discomfort soon went away. When the school nurse checked his temperature, everything was normal.

A young man in his 20s from Yantai City, Shandong Province, wrote that his parents and grandparents all practice Falun Dafa and that he has been very supportive of them since he was young.

When he was a college sophomore, he had a large sore on his buttocks. His doctors recommended surgery. He was very scared and called his mother the night before the operation. She reminded him to recite “Falun Dafa is good” and he did.

When he woke up the next morning, the sore had broken by itself and all the pus had oozed out. He no longer needed the surgery. He knew that Master had helped him.

He has a childhood friend who also benefited after coming to a good understanding of Falun Dafa through his mother. The friend once had an accident while biking home from school. He hit a rock going down a hill and was thrown into the air. He got up and saw he only had a little scrape on his hand.

A businesswoman in Zhaoyuan City, Shandong Province, expressed her family's gratitude to Master for giving her a healthy granddaughter.

Her daughter-in-law went into labor on October 6, 2018, with the baby in the breech position. The young woman had planned for a natural birth, but she had to agree to an emergency C-section. Her mother-in-law, the businesswoman, led a few family members to recite “Falun Dafa is good” outside the operating room.

The moment the anesthetist walked into the room, the baby suddenly moved into the right position and was soon born naturally.

The doctor warned the family that the baby might suffer from an amniotic fluid infection because she had been in the womb too long. Fortunately, nothing serious happened, and she has been very healthy. Her mother has started practicing Falun Dafa.

A practitioner in Harbin City, Heilongjiang Province, shared how a special needs child became normal. This boy and his parents joined their local Fa-study group a year ago. He had slurred speech and was non-responsive when people talked to him. He was also hyperactive and often talked loudly to his imaginary friends.

After listening to Master's audio lectures and reciting Lunyu for a year, he can now express himself verbally and clearly. The practitioners in this Fa-study group are all in awe of Falun Dafa's miraculous power.

Another family in the same city also wrote about the blessings they received after quitting the Chinese Communist Party and its subordinate organizations. One person recovered from a terminal illness, another escaped danger, and a third person (a student) got much better grades.

Two families in Liuhe County, Jilin Province, sent in their greetings together. They said they often recite “Falun Dafa is good” and have been blessed with prosperity. They vow to continue to support Falun Dafa.

A man in Qitaihe City, Heilongjiang Province, wrote that he was terminally ill but that he fully recovered after he recited “Falun Dafa is good.” His whole family now supports Falun Dafa and they wish Master Li a happy Chinese New Year! 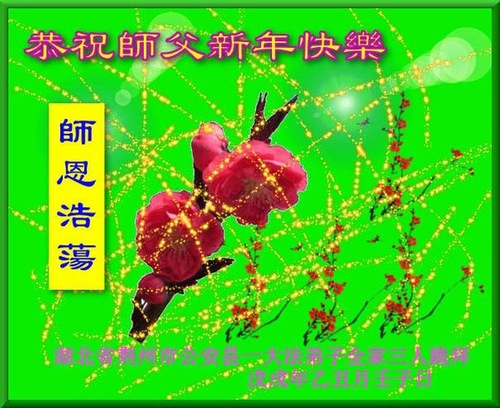 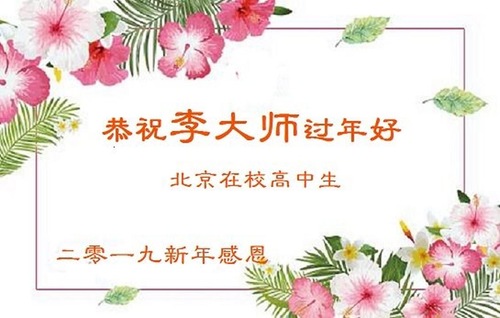 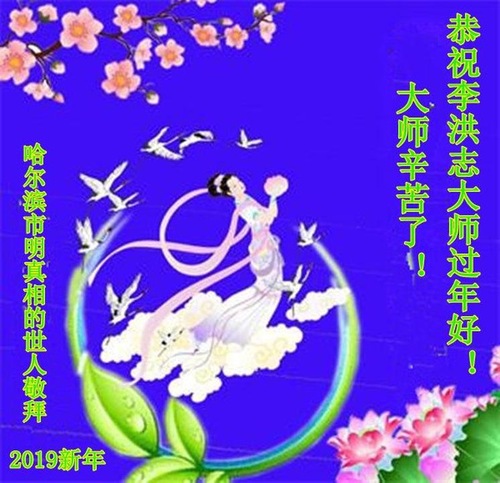 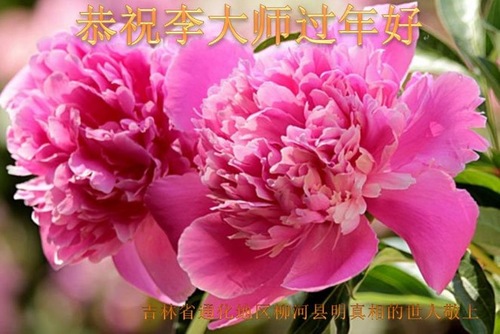 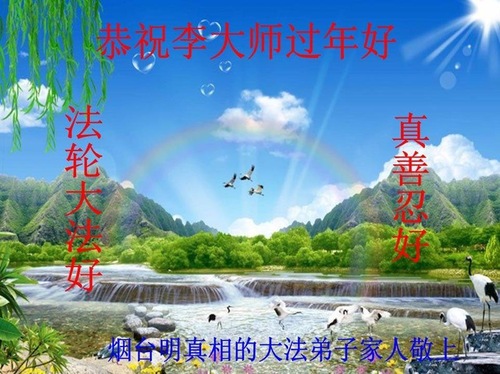 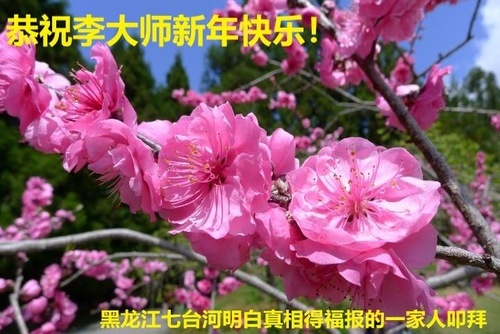 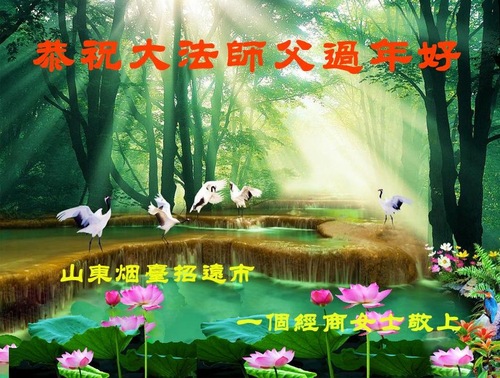 “Cyprus: Introducing Falun Dafa in the Coastal City of Limassol”