(Minghui.org) Falun Dafa has been spread far and wide for more than twenty-six years, blessing not only its students but also non-practitioners who identify with its core principles of Truthfulness-Compassion-Forbearance. Many have seen their terminal illnesses cured, dangers averted, and life turned around.

With the Chinese New Year around the corner, practitioners and non-practitioners alike sent in their heartfelt wishes to Falun Dafa's founder, Master Li, thanking him for transforming their lives and wishing him a happy new year.

A new practitioner in Liuyang City, Hunan Province expressed her deep gratitude to Master Li for giving her a second life. She was diagnosed with lung cancer in 2018, but her symptoms soon disappeared after she began to practice Falun Dafa. She was especially grateful that Master didn't give up on her even though she once said bad things about Dafa due to the Chinese communist regime's hate propaganda against the practice.

A woman in Singapore wrote how her family spanning four generations benefited from Falun Dafa after she and her daughter picked up the practice. Her 86-year-old mother-in-law had her impaired vision back. Her husband's lung cancer was gone. Her grandson's birth defects went away in just two months of listening to Falun Dafa music. The baby's hearing problem was gone, and his unusually short tongue also grew to a normal length.

An 80-year-old woman in Santai County, Sichuan Province wrote about how she benefited from Falun Dafa during the past 15 years. She had jaundice since childhood and suffered from poor health for many years. Her fate changed in 2003 when her sister visited her and gave her a charm amulet with Falun Dafa message written on it. She carried the amulet with her at all times and also remembered to recite “Falun Dafa is good” every day. Fifteen years have passed and she is as healthy as can be. She thanked Master Li for all the blessings and looks forward to the day when Master returns to China.

A Beijing resident doesn't practice Falun Dafa but he has family members who do. He was once hit by a car but sustained no injuries at all. He wrote that he will keep supporting Falun Dafa.

A married couple in their 60s from Beijing does house renovation for a living. They often recite “Falun Dafa is good” and are very healthy. They wrote in their greetings that they didn't feel tired at all when doing six months straight of renovating their clients' houses.

A practitioner in Laizhou City, Shandong Province wrote about his 87-year-old father's miraculous recovery. His father was hospitalized five times in one year and given critical condition notice. The elderly man heeded his advice to recite “Falun Dafa is good” and soon recovered. His father now urges other people to recite the verse too.

A new practitioner in Jixian County, Heilongjiang Province reported how his family benefited from his practice. His 84-year-old mother was cured of her terminal disease by reciting “Falun Dafa is good.” His wife had incurable Psoriasis, but her symptoms lessened after she began to practice Falun Dafa. Their family used to live in poverty but is now living comfortably.

A young woman in Suining county, Sichuan Province said her grandparents all practice Falun Dafa. A few years back, her uncle was driving her and her sister to a place when their electric tricycle overturned on a hill. She and her sister were totally fine without any scrapes. Her father once had a car crash but only suffered minor injuries to his right hand. Her mother was once hit by a car but only suffered scrapes on her legs.

A practitioner in Wuhan City, Hubei Province wrote that his sister and her family enjoyed good health and a happy life after beginning to recite “Falun Dafa is good.” They are extremely grateful to Master's blessings. 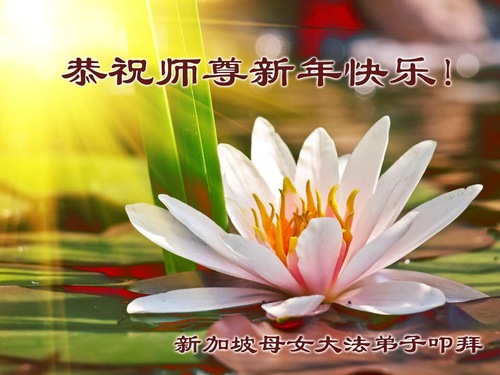 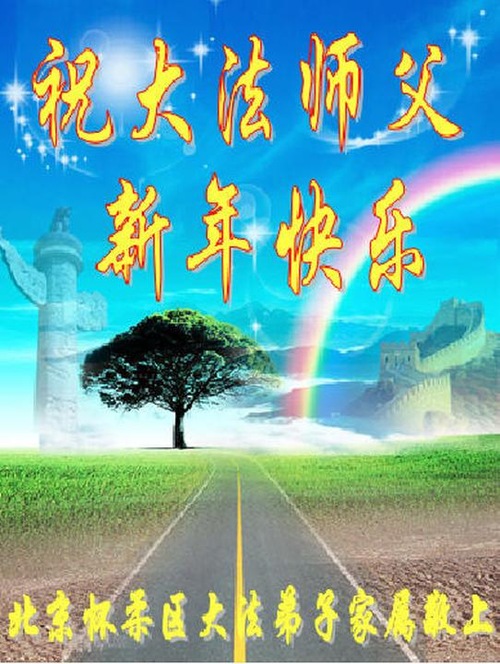 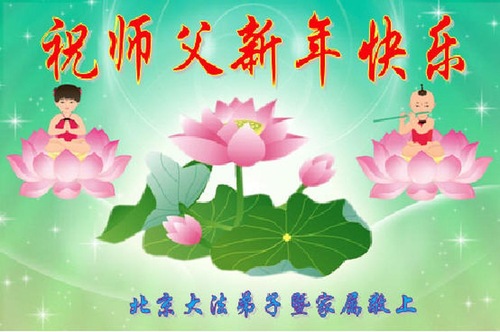 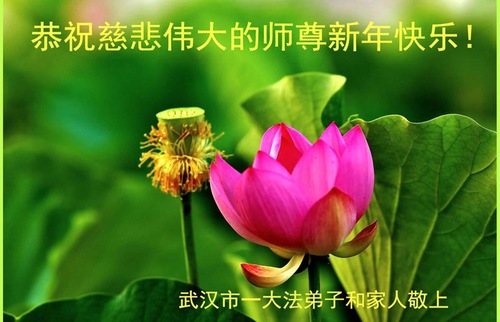 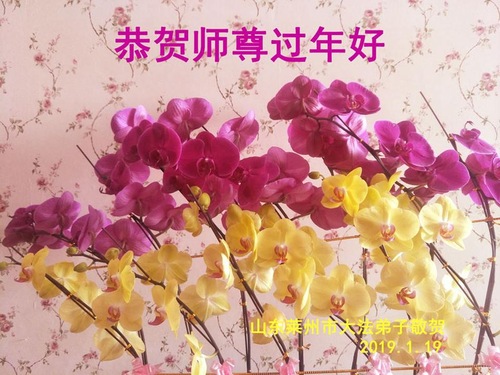 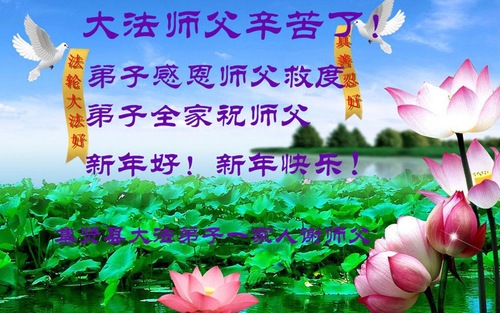