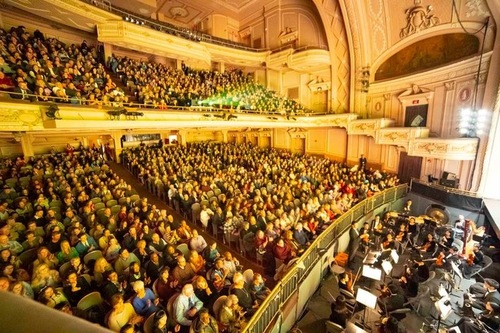 The Shen Yun Touring Company at the Merriam Theater in Philadelphia, Pennsylvania, on February 21, 2019 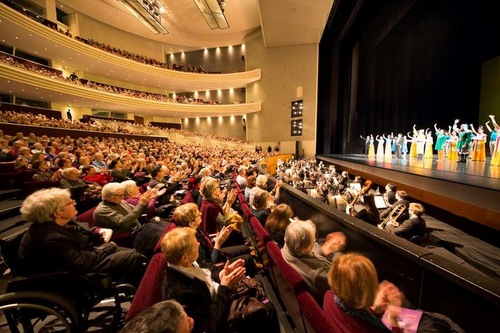 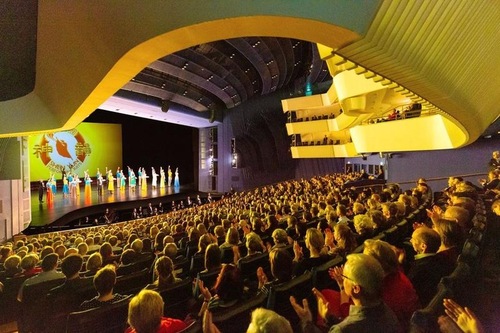 The Shen Yun International Company at the Aalto-Theater Essen in Essen, Germany, on February 12 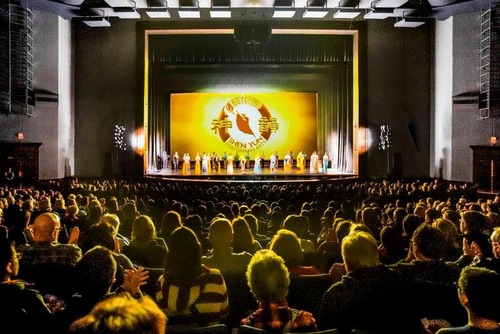 The Shen Yun North America curtain call at the Rosemont Theatre in Rosemont, Illinois, on February 17

Passing Down Our Traditional Culture 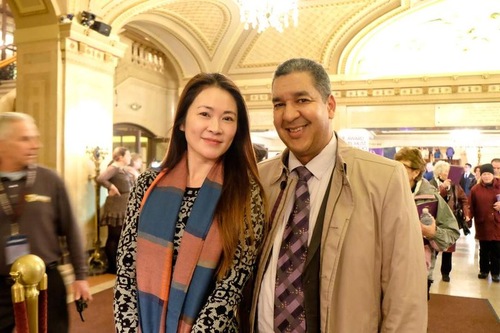 Liu Yaomei, president of a start-up company, with her friend at the Boch Center Wang Theatre in Boston, Massachusetts, on January 24

“Especially the scene where [Falun Gong practitioners] were being persecuted. It was so touching. I was brought to tears.

“I have always taken pride in Chinese culture. After seeing Shen Yun perform, I feel even more strongly. But I hope modern China can move toward being free.

“They danced very well. They are really passing down our traditional culture,” she said. 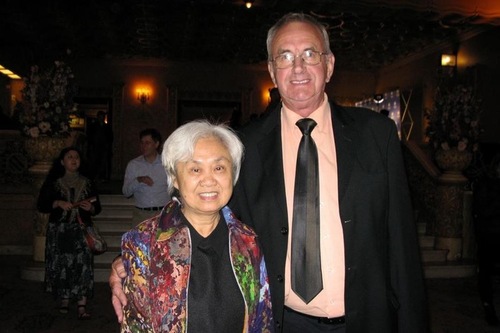 Qi Jiazhen, an author, with her husband at the Shen Yun performance in Melbourne, Australia, on February 14, 2019.

“Shen Yun is outstanding. Only Falun Gong [practitioners] have this kind of spirit and this kind of excellent performance,” Ms. Qi said.

“I believe there are divine beings in this world. Doing kind and good deeds will be rewarded.

“Whether it was the music, the content, or the colors, it was a big variety. It really is outstanding. I hope Shen Yun can go to mainland China to perform... That is our biggest wish,” she said.

Mr. Cui saw Shen Yun perform in Tokyo, Japan, on January 31, 2019. “In mainland China, it is very hard to see something like this, that has traditional Chinese culture and universal values,” he said.

“The scenes displayed by Shen Yun made me believe that humans are here to cultivate and improve their own level of being. After seeing Shen Yun perform, I started to believe in the existence of divine beings.

“The content is so profound... I think human language is very limited. It can only express the superficial things that we understand. We need careful comprehension and gradual assimilation to understand the deeper things,” he said.

Mr. Yang saw Shen Yun perform in Philadelphia, Pennsylvania, on February 23 and said that the performance was “magnificent.”

“To be honest, I feel very emotional. I don't know how to express it in words,” he said.