(Minghui.org) Today's news from China includes incidents of persecution that took place in 8 cities or counties in 5 provinces, where at least 10 practitioners were recently persecuted for their belief. 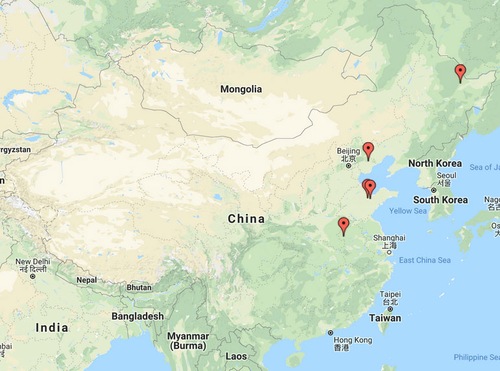 Ms. Li Chunyan was tried by the Xing'an District Court on November 20, 2018. She was sentenced to five years in prison in early January 2019. Ms. Li has appealed to the Hegang City Intermediate Court.

Five officers from the Louzhangzi Township Police Station broke into Ms. Liu Chunfang's home in Duzhangzi Village and harassed her on December 27, 2018. Ms. Liu escaped when the officers were ransacking her home. The officers confiscated a printer and a computer, among other items. Four officers from the police station returned the following day and searched for Ms. Liu across the village. Ms. Liu has left home and become displaced.

Ms. Fu Huazhi, from Cuijia Village, Shengcheng Neighborhood, was reported for talking to people about Falun Gong on January 7, 2019. She was arrested by officers from the Wenjia Police Station. Her home was ransacked. She was taken to the Weifang City Detention Center.

Ms. Zhang Ping was sentenced to five years in prison.

Mr. He Jun from Yingzhou District was arrested in September 2017. He was tried on May 30, 2018. It was reported that Mr. He was given a one-year-and-six-month prison term.

Ms. Hou Yanqun from Yingdong District was given a five-year prison term.

Ms. Liu Chunlan, 49, was sentenced to two and a half years in prison and fined 5,000 yuan on December 25, 2018 by the Wanghua District Court. The court held her verdict for five days before releasing it, leaving only five out of the ten legally permitted business days for her to file an appeal.

Ms. Liu was arrested on April 23, 2018 for practicing Falun Gong and has been held at Nangou Detention Center since. She was brought to trial on September 18, 2018.

Ms. Han Aizhen, 56, and Ms. Liu Xin, 54, were handed prison sentences after their trials in the Longcheng District Court on December 26, 2018. Ms. Han was sentenced to four years in prison. Ms. Liu was given a three-year term with five years' probation. She was released upon receiving the verdict.

Ms. Han and Ms. Liu were arrested while putting up information about Falun Gong on May 12, 2018. Officers from the Xinhua Police Station ransacked their homes and detained them at the Chaoyang City Detention Center. The police deceived their families and told them Ms. Han and Ms. Liu would be released in a month, instead they secretly submitted their cases to the Longcheng District Procuratorate, which then forwarded the cases to the Longcheng District Court.

Mr. Wang Yuansheng, 70 years old, was sentenced to three years’ imprisonment in March 2017 and transferred to Jidong Prison in July 2017. Since he refused to renounce Falun Gong, he was deprived of visitation rights by the prison. It was unknown if he received the 1,000 yuan which his family sent to him.

Mr. Wang was beaten by the guards on May 24, 2018 because of his absence at roll call. His wife, sister and daughter went to the prison from his hometown on December 4, 2018. Their request to visit Mr. Wang was denied.

“Health Recovered Through Practicing Falun Gong, Sichuan Woman Jailed for Her Faith and in Life-Threatening Condition”