(Minghui.org) Falun Gong practitioners in London held an activity in Chinatown on the fifth day of the Chinese Lunar New Year, February 10, 2019, sending greetings to tourists from all over the world, and bringing them the blessings of Falun Gong.

The practitioners could be heard wishing the visitors “Happy New Year!” “Please bring Truthfulness-Compassion-Forbearance home!” “Blessings to your family!”

Thousands of visitors received Falun Gong materials during the event, and many people paused to watch practitioners demonstrate the exercises. Several hundred people signed a petition condemning the persecution of Falun Gong in China. 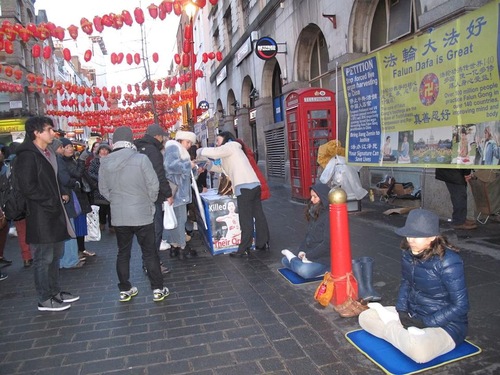 Practitioners demonstrate the exercises and pass out Falun Gong materials. 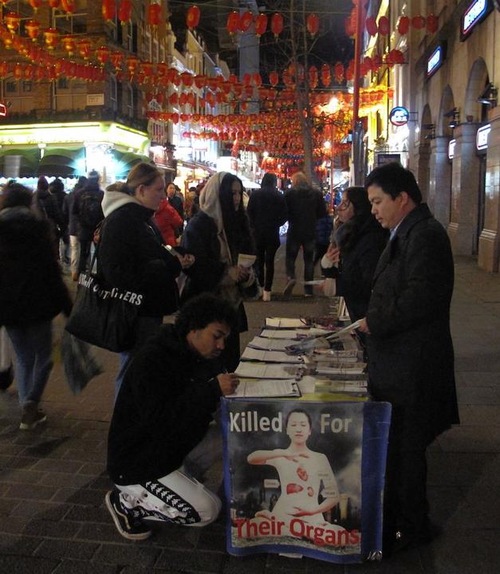 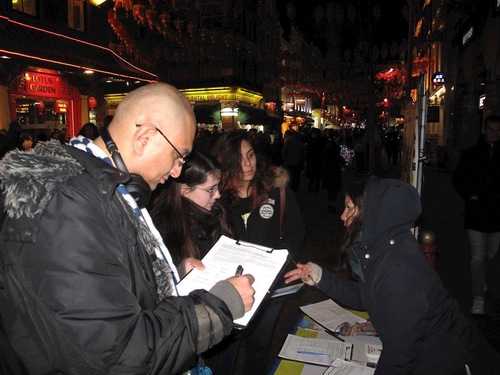 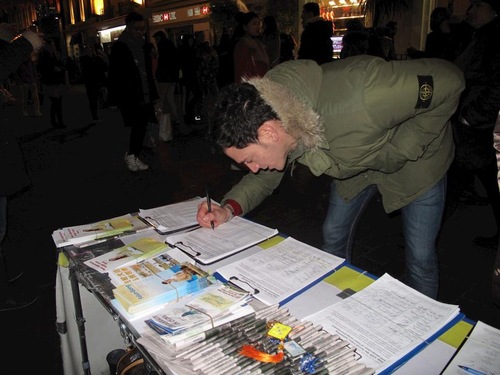 Tony from Italy signed the petition and encouraged practitioners to continue to practice their belief and keep up the good work of exposing the persecution. 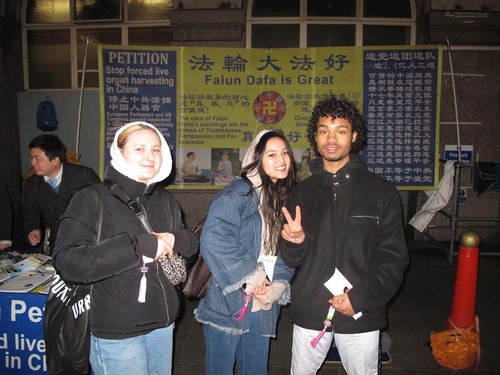 John from England, Maria from South Korea, and Matilda from Poland listened as a practitioner told them about Falun Gong's teachings of Truthfulness-Compassion-Forbearance. The practitioner shared with them how she had benefited from the practice physically and spiritually, as well as how she was detained and tortured in China for her belief. They all signed a petition calling for an end to the persecution. 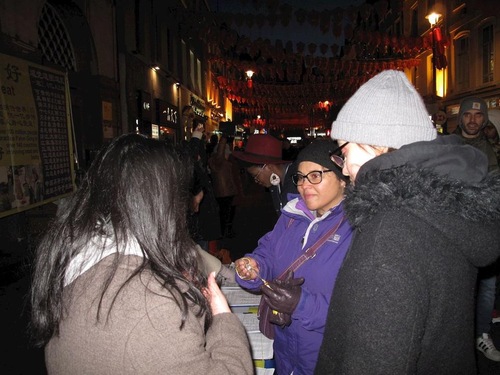 Launa (middle) from India and Francis (right) from Greece.

Launa from India and Francis from Greece were drawn to the gentle movements of the Falun Gong exercises and the peaceful meditation. They encouraged practitioners to keep up their efforts of protecting and restoring China's traditional culture. “It is very important to maintain traditions. It is wrong to be penalized and victimized for keeping with tradition. The persecution is disgraceful,” Launa said. 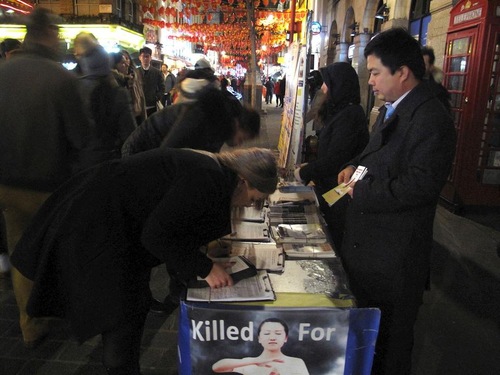 Maya from Sweden and Elizabeth from London.

Maya from Sweden and her friend Elizabeth from London had never heard about Falun Gong, but signed the petition after learning about the persecution in China.

“Everybody has the right of their belief, much less a peaceful meditation,” Maya said.

They said that they agreed with practitioners that the persecution brings harm to the entire world, because it tries to destroy the foundation of civilization. 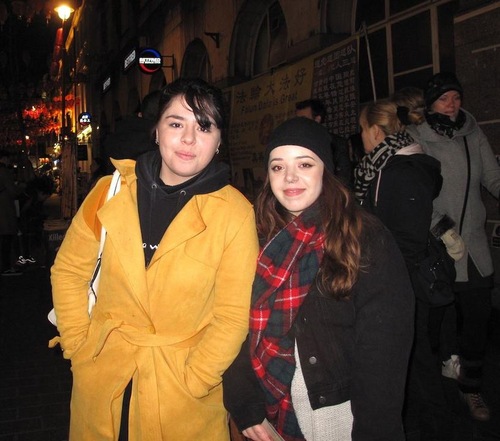 Raqual and Anna from France were shocked by the state-sanctioned organ harvesting in China and signed the practitioners' petition.

“It is hard to believe and it is a very serious problem that needs more attention. Living in a free country, I cannot imagine how one may lose his or her life for their belief. We cannot let it go on,” Raqual said.

They both had heard of Falun Gong, but didn't know too much about the practice or the persecution in China. They took some materials and told practitioners that they would like to learn more about this self-improvement practice. 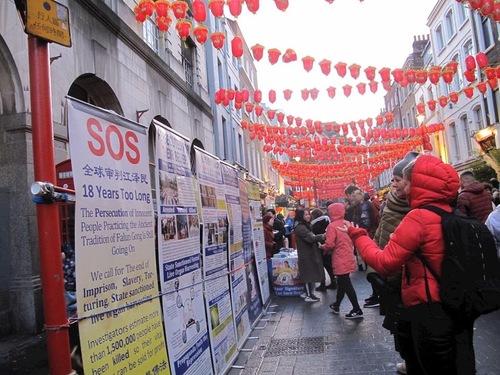 A mother and daughter from Lithuania.

A mother and daughter from Lithuania read the practitioners' display boards for a long time, and then praised the practitioners for their courage. “When the Communist Party treats you as an enemy, they will torture you without limits,” the daughter said.

Her mother agreed, adding, “They would do anything to you. We know this very well.”

The ladies were glad to know that Falun Gong has spread to more than 100 countries and regions in the world, including their home country. 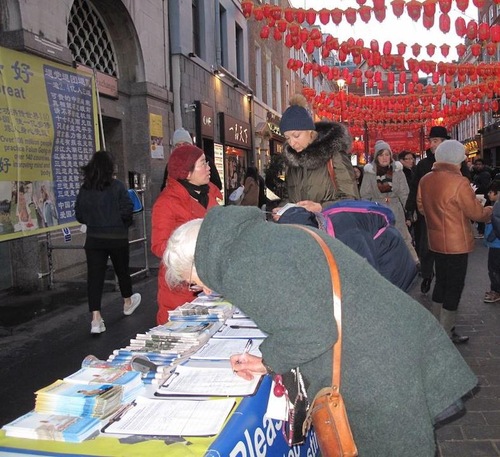 Estelle from the Basque Country.

Estelle from Basque Country autonomous community in northern Spain said she wants to do the meditation. She was strongly against the persecution.

“The world is in chaos,” she said. “We must behave ourselves first. We should go back to our true original selves.”

She said she believes that by following the principles of Truthfulness-Compassion-Forbearance that one can return to one's true self.