(Minghui.org) Falun Gong practitioners in Hamburg, Germany, set up a large information booth at Reesendammbruecke as the rain fell on December 7, 2019. They collected signatures for a petition that calls for an end to the Chinese Communist Party's (CCP) harvesting of organs from living Falun Gong practitioners. Their activities received great public support, despite the rain, and many people stopped to learn more and sign the petition. 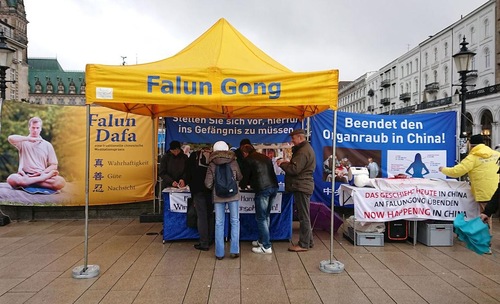 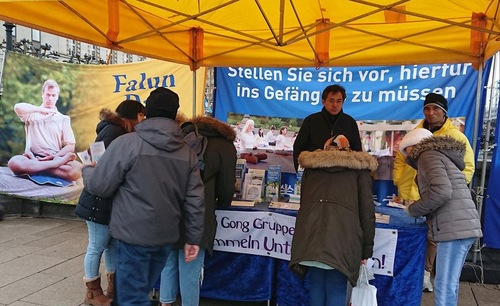 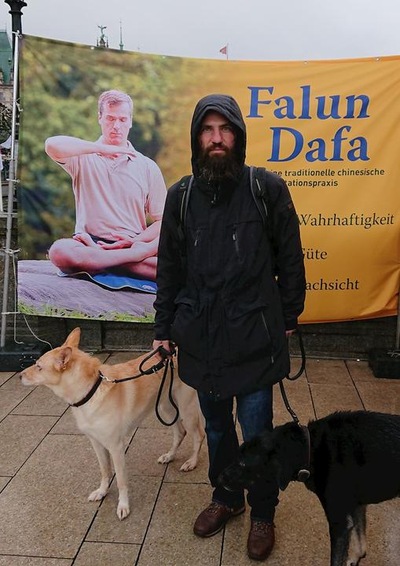 Mr. Antigo Oyo, who works in the field of climate protection, signed the petition. He said he hoped Falun Gong practitioners would collect a large number of signatures and urge the German government to take steps to help improve human rights in China. 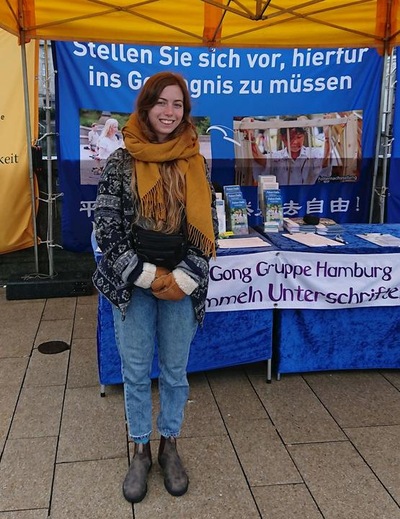 Jana Lillo, a local resident who works nearby, said she was aware of the organ harvesting crimes in China, but was shocked that it had been happening for 20 years.

“There is no doubt that it must stop,” she said.

Jana said the principles of Falun Gong, Truthfulness-Compassion-Forbearance, resonated with her.

“Witnessing the Power of Righteous Thoughts”

“Taichung, Taiwan: Practitioners Grateful for the Benefits of Falun Gong”