(Minghui.org) The 86th annual Chicago Thanksgiving Parade was held on November 28, 2019. Tens of thousands of spectators lined the parade route. One of the nation's largest Thanksgiving Day parades, the popular event was live-streamed on TV. 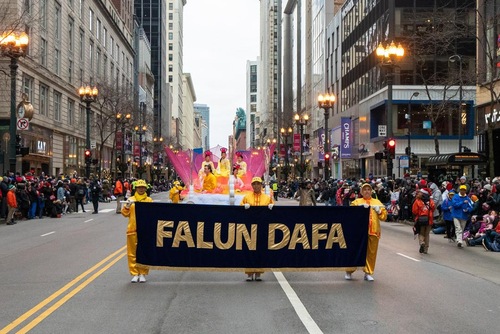 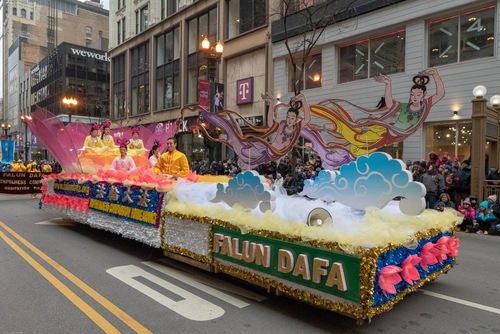 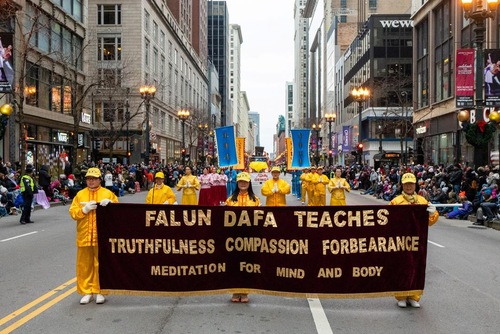 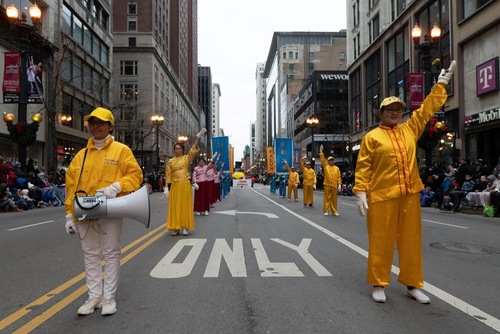 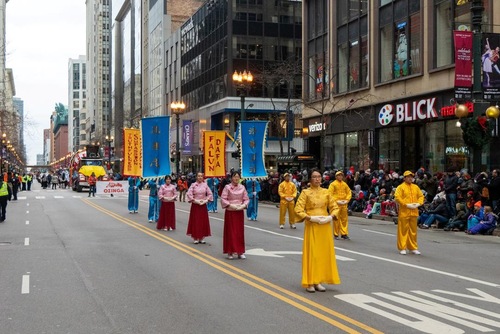 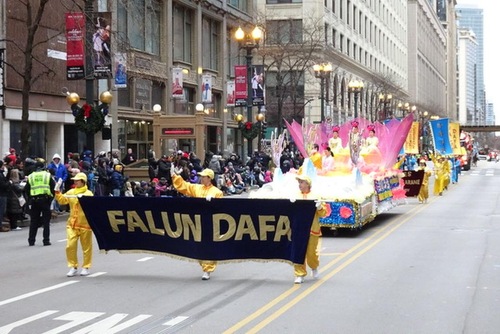 The Midwest Falun Dafa Association was the first Chinese group to participate in this popular annual tradition, and this was Falun Dafa’s 17th appearance in the parade. And this year, the Falun Dafa procession was at the beginning of the parade. The Falun Dafa float with its delicate decorations was as impressive as always.

Many spectators remarked on how beautifully the float was decorated. Some people followed the practitioners' hand gestures as they demonstrated the Falun Dafa exercises. 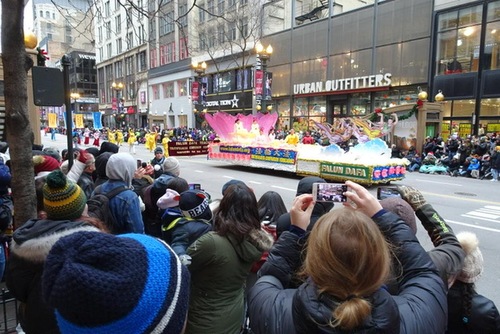 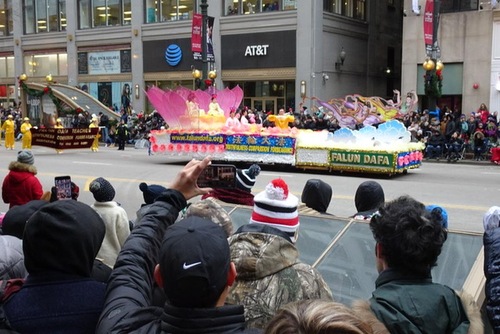 Many groups from other states and countries participated in the parade. Local residents, governmental officials, and tourists were among the spectators. It was estimated that several million people watched the parade on TV. 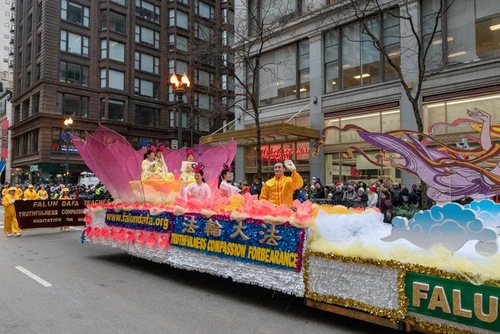 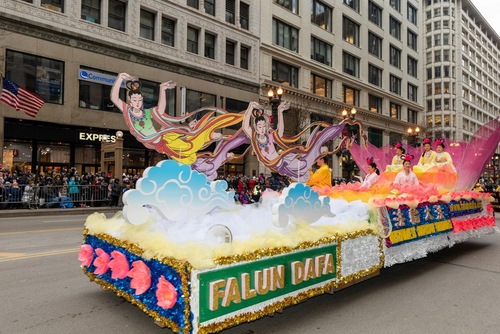 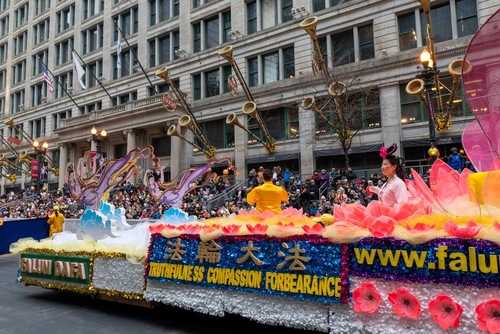 Several people remarked on how beautifully the Falun Dafa float was decorated.

Rabia, her husband, and children took videos of the float and took a family photo with the float in the background. Rabia said, “I really like this float. They are meditating and their movements are so graceful.”

Pilner from Indiana said that Falun Dafa's principles of Truthfulness, Compassion, and Forbearance resonated with her.

Pilner from Indiana was delighted to see the Falun Dafa float. She said she loved the principles of Falun Dafa, Truthfulness-Compassion-Forbearance, and that she'd tell her brother about it. 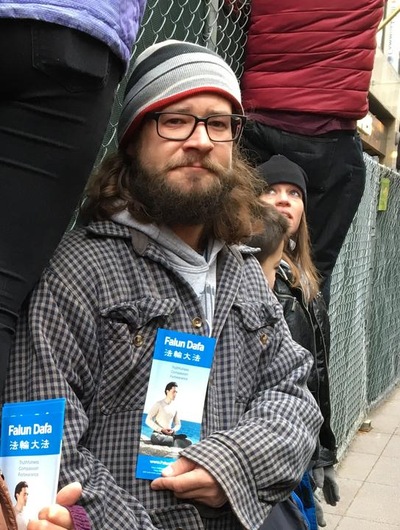 Brian from northeast Chicago said he was interested in learning Falun Dafa. He took a flyer and said he would visit the Falun Gong website to learn more.

Margaret Axelrod from Austin, Texas, followed along with the practitioners as they did the third exercise. She was interested to hear that the practice has spread to over 100 countries and that the main book, Zhuan Falun, has been translated into more than 40 languages.

Several Chinese people were among the spectators. They took photos, gave practitioners a thumbs up, and waved as the Falun Dafa entry passed by.

A man from China, in Chicago on a business trip, said he’d seen several Falun Dafa parades and knew that the Chinese Communist Party (CCP) persecutes the practice. He was happy to renounce the CCP and its affiliated organizations on Thanksgiving Day.

Kangshun and his parents immigrated to the U.S. when he was young. After seeing the Falun Dafa entry and talking with a practitioner, he decided to quit the Communist Young Pioneers he’d joined in elementary school.

A group of Chinese students were visiting Chicago during the Thanksgiving holiday. Two of them agreed to quit their memberships in the CCP and its youth organizations after seeing the practitioners' entry in the parade.