(Minghui.org) Israel's 17th Falun Dafa Experience Sharing Conference was held this year on November 8, 2019. The conference opened with a group exercise practice session, followed by nine practitioners sharing their experiences. The practitioners spoke about the improvements they experienced while cultivating their hearts and minds in accordance with Truthfulness, Compassion, and Forbearance; coping with difficulties in their daily lives; giving up attachments; and their successes and failures while staying determined and persevering in their efforts to raise awareness of the ongoing persecution of Falun Dafa practitioners in China. 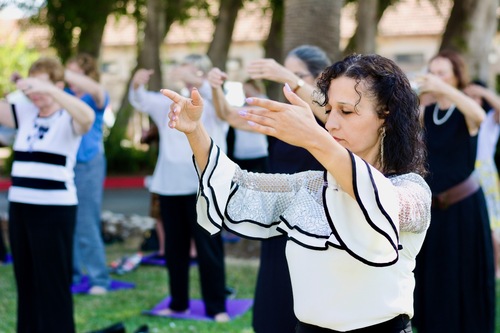 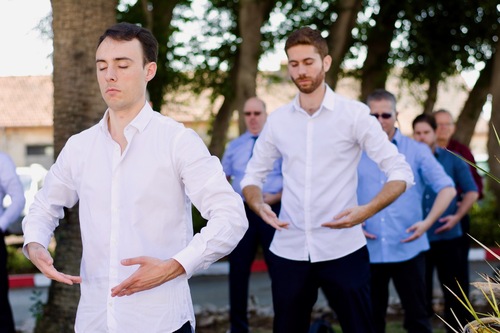 One practitioner told of her efforts to raise awareness of the forced organ harvesting of Falun Gong practitioners in China. She has sent petitions by email to Israeli academics and public figures. “Every day I sent hundreds of emails to professors, rabbis, nurses, academics, and more. Many people had a chance to learn the truth. My email included links on the subject, which contributed to clarifying the truth even deeper. At a certain point, my inbox was completely full, so I opened a new email account. A fellow practitioner later let me use his email account, too. Once my new email account was opened, I used all three accounts to increase the number of emails I could send every day and be more efficient,” she said.

But not everything went smoothly. There was one professor who sent her a very angry reply, asking to be removed from the mailing list immediately. “When I read that, despite my anger, my heart remained unmoved. I felt sorry for him, because he didn’t understand what had been sent to him, and I just hoped that he would have another chance. In my response, I expressed my heartfelt apology and promised that I would remove his name from our mailing list. Of course, I made it clear that my intention was good, that it was all about rescuing the lives of innocent people. He immediately replied, ‘You are doing a wonderful thing, I will sign it!’

“In the end, over 500 signatures were collected.” 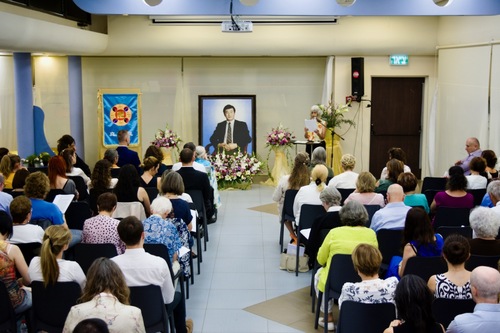 Falun Dafa practitioners from throughout Israel participated in the conference.

Another practitioner told how she became familiar with Falun Dafa after many years of searching, then got involved in truth-clarification projects, and eventually became a coordinator of a large project that required a great deal of effort during a relatively short time period. “I felt it a huge responsibility. In spite of the overload, I did the exercises every day and sat in the full lotus position. It wasn’t difficult at all. I worked hard, sometimes the whole day through until the wee hours of the night, but I felt inner calm and peace, knowing that everything was fine because it was all in accordance with Master’s arrangements,” she said.

But after the project was finished, she started to experience feelings of inadequacy. She worried that she would not meet what she thought was the standard of a diligent practitioner, and that saddened her. But it was also an opportunity for her to let go of many attachments. She decided to write down her experience, and the mere act of writing helped her feel less anxious. She realized that she should only keep cultivating and that’s it.

Another practitioner talked about coping with pain caused by a car accident. “I started to analyze the moments in which my thoughts were unrighteous. They popped up whenever I started to feel the pain, when I noticed changes in my eyesight, or when I heard that I might have serious consequences. I realized those thoughts appeared when my senses were affected.” With this understanding, she was able to change her thinking.

Many who attended the conference said they felt that they benefited from hearing the experiences of fellow practitioners. 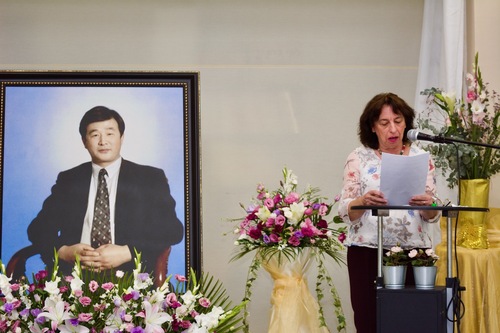 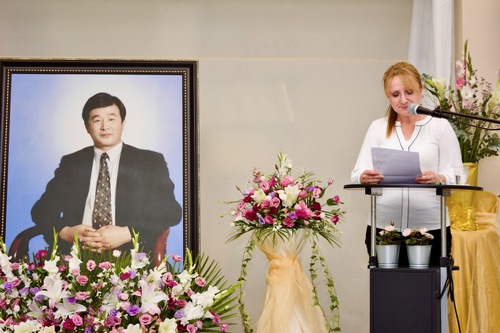 Practitioners sharing their experiences at the conference

“Family and Friends Change from Being Against Dafa to Practicing Dafa”

“Cultivating as a Member of the Tian Guo Marching Band”