(Minghui.org) Falun Gong practitioners in Mexico participated in a Christmas parade held in the Mexican city of Santa Ana Chiautempan, in the state of Tlaxcala, on November 22, 2019. Practitioners were invited for the second year with a float, heavenly maidens, dragon act, and the waist drum team. They also demonstrated the Falun Gong exercises. 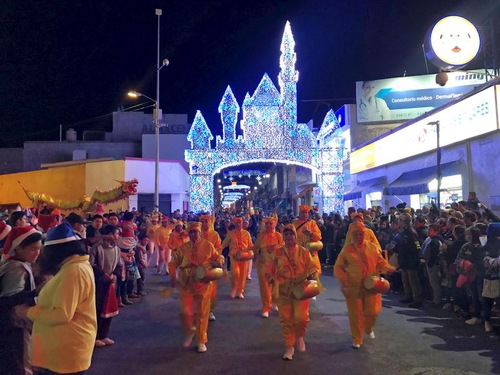 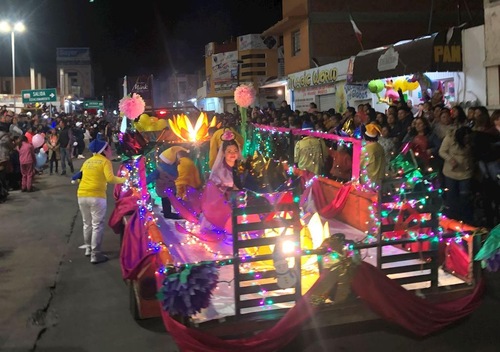 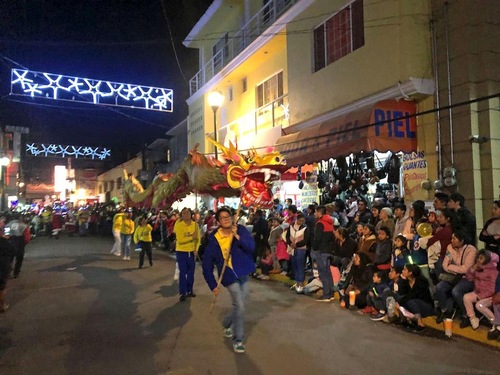 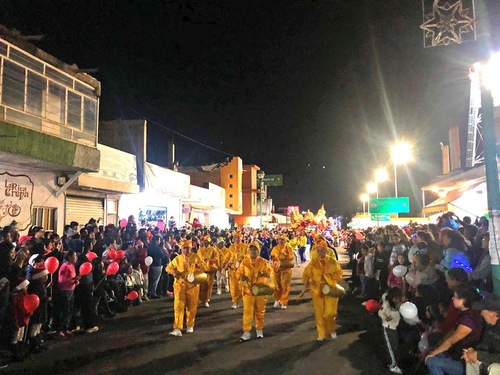 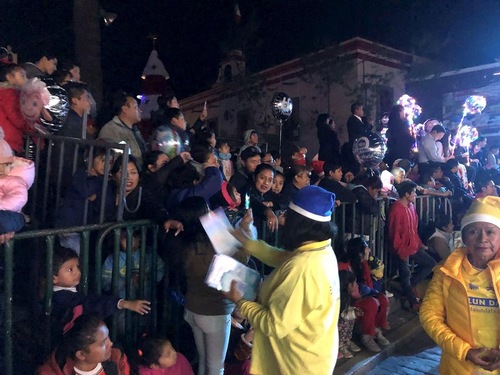 Thousands of people saw the parade of about 60 different groups.

The moment the Falun Gong practitioners passed by the main stage, the event hosts introduced the cultivation practice to the public, and praised its practitioners for living by the principles of Truthfulness-Compassion-Forbearance. The hosts also highlighted the beauty of the Falun Gong participation in the parade, its colors, and the superb dragon act that brought joy to the public.

Members of the local Falun Dafa Association commented, “We participated in this event to highlight the values of Truthfulness, Compassion and Forbearance to everyone attending the Christmas parade year after year. We bring this message of peace and, at the same time, share the beauty of traditional Chinese culture."