They demonstrated the exercises and handed out information to introduce the ancient spiritual practice as well as handmade origami lotus flower bookmarks that had “Truthfulness-Compassion-Forbearance” and “Falun Dafa is good” printed on them. 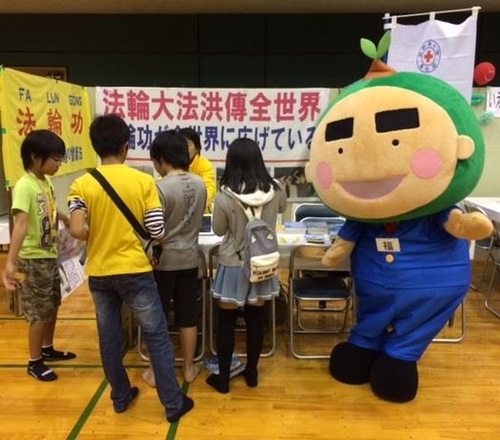 Talking to people about Falun Dafa and demonstrating the exercises during the City Welfare Fair in Inazawa, Aichi Province, Japan, on October 26, 2019. 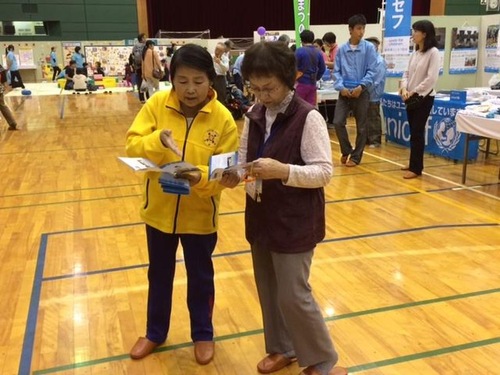 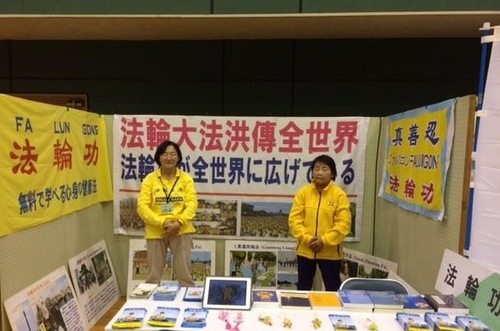 Several people who stopped by the booth were interested in learning the exercises. Practitioners talked about the benefits of practicing and invited them to the free workshops held at the City Culture Center every month. Many people were distressed to learn the details of the ongoing persecution in China.

The city mayor, deputy mayor, and chair of the city council also stopped by the practitioners' booth and learned about Falun Dafa and the persecution in China.

Falun Gong, also called Falun Dafa, is an advanced cultivation practice of mind and body. It was first introduced to the public by Master Li Hongzhi in 1992 in China. Since then, millions of people in over 100 countries around the world have taken up the peaceful spiritual practice. Nevertheless, the Chinese communist regime launched a brutal persecution of Falun Dafa in 1999; it is still ongoing today.