Letter from Masanjia was nominated for multiple international awards, including best Documentary Feature at the 91st Oscars, and received several awards at international film festivals.

Mr. Shoebridge said he felt fortunate to host the screening, “The issue is very important. All people around the world are obligated to stop human rights violations.” 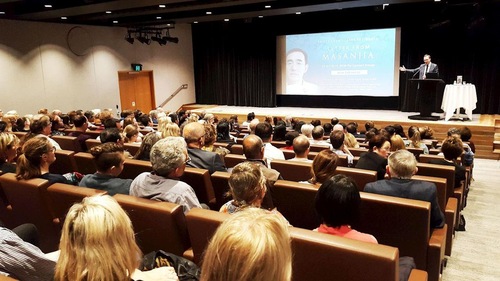 David Shoebridge, member of the New South Wales Legislative Council, hosts the screening of the documentary film Letter from Masanjia.

Mr. Shoebridge said that the film's protagonist, Sun Yi, demonstrated true courage and perseverance. Living under the rule of a totalitarian regime, human rights activists are acutely aware that their actions will probably lead to brutal retaliation from the authorities and even death. He found Sun Yi's courage admirable. He also said the film gave viewers a good opportunity to ask what we can all do to help.

Mr. Shoebridge said people have a duty to bring their concerns about these issues to their representatives, who in turn are obligated to speak out on the public's behalf. As the theater was packed to capacity, Mr. Shoebridge said many people already appear to be concerned about the persecution of Falun Gong in China. He said that everyone should pay attention to these human rights violations and no one should keep silent. 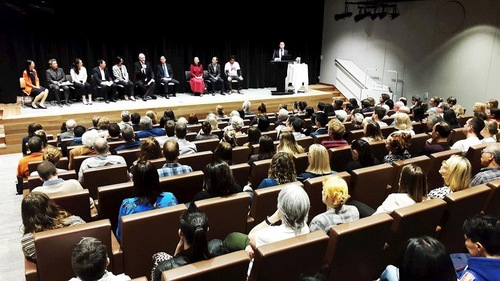 A questions and answer session was held after the film screening

City Council Member of Ku-ring-gai: The Film Shows People How to Change the World Peacefully

Peter Kelly, a city council member of Ku-ring-gai, speaks Chinese fluently and has lived in and traveled to China several times. “I knew Falun Gong very well before watching the film,” he said. “This is a powerful movie. It shows how to peacefully change the world.” 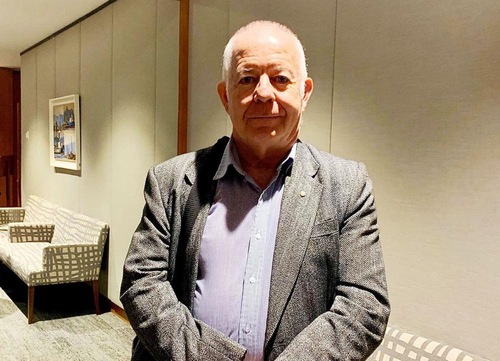 Mr. Kelly said it would be best if all Australian people understood the nature of the Chinese Communist Party (CCP). He encouraged people everywhere to watch the film and share what they learn. He said the film is impactful and should be screened widely.

Leader of Australiaone Party: Communism Is Bad, People Must Resist It 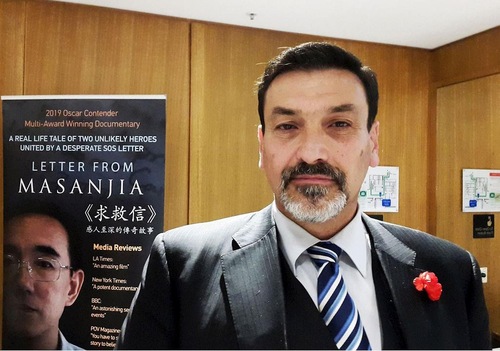 Riccardo Bosi, leader of the AUSTRALIAONE Party and Former Special Forces Lieutenant Colonel, said he was not surprised by the CCP's torture of Falun Gong practitioners, because China's human rights atrocities have carried on for decades under communist rule, and the CCP has killed tens of millions of Chinese people. “Communism is bad, people must resist it,” he said.

Spread the Truth of the Persecution 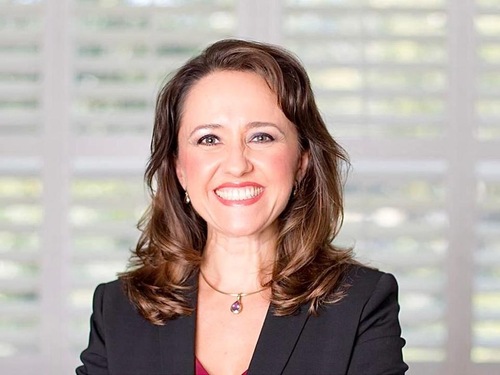 Sophie York, an Australian barrister, university lecturer and author, attended the screening. “This is a terrible but true story. Anyone watching this film will be deeply touched,” she said. The protagonist in the film, Sun Yi, deeply impressed her, as she felt he was a very noble and sincere person. Even though he suffered tremendous pain, he just wanted to tell the truth to the world. 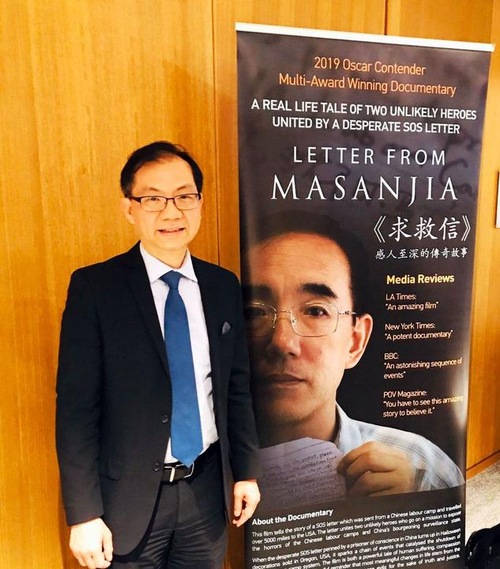 Paul Huy Nguyen, chairman of the Vietnamese Community of Australia, New South Wales Chapter, said that the Australian government should also take action to restrict visas to Chinese officials and their children who are involved in persecuting the Chinese people.

“We cannot say enough about what the CCP has committed against their people in the past 70 years. We need to condemn these crimes. I hope that this film can be shown everywhere, so that more people around the world can understand the nature of the evil regime,” he said.

He wished that the CCP would fall and China could restore its human rights, rule of law, and traditional values. This is also the hope of people who love freedom and the Falun Gong practitioners. He said that people all over the world should see Letter from Masanjia. 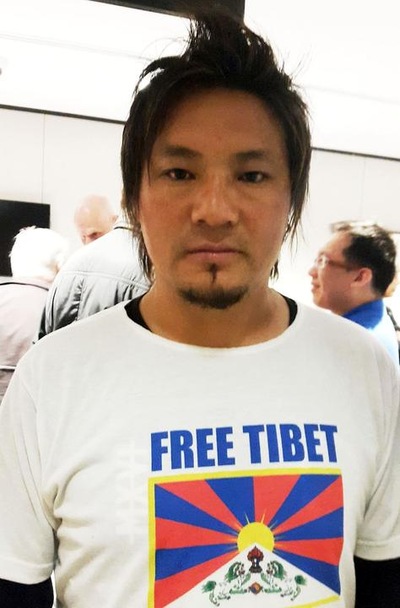 Chairman of the Tibetan Youth Group Sydney Branch Tsundu Oser hoped more Australians and people from all over the world would watch this movie. “When you watch this film, you will know that the lives of all Chinese people are at risk and how difficult people's lives are.

“I also hope that more people will let the media, members of Parliament and politicians know what the Chinese government is doing – torturing and killing people, destroying lives and breaking up families.” 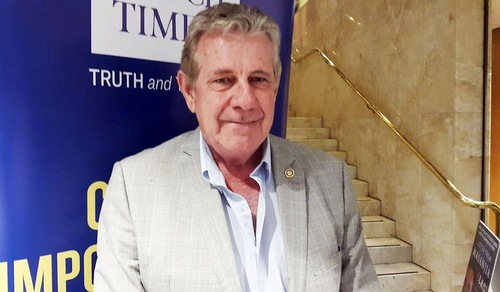 Radio host Stephen Sim pointed out that Australia-China trade should not prevent the Australian Government from fulfilling its obligation to condemn China’s human rights violations.

“I have always been a long-time supporter of Falun Gong,” he said. “Since the 1990s, I have been appalled at the human rights violations in China. This is a very powerful movie, touching and honest.” 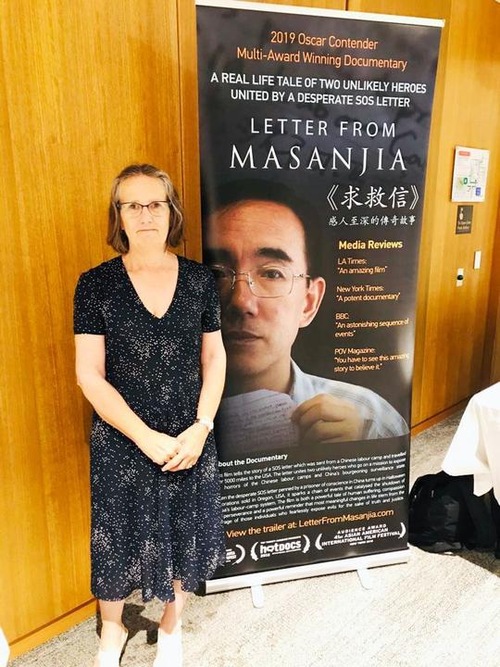 Sally, a viewer, wished the principles of Truthfulness-Compassion-Forbearance could spread to the whole world.

“The movie is a powerful channel for as many people as possible to know this fact. I think this movie can be introduced into schools and universities,” she said.

“My Cultivation Experiences While Clarifying the Truth at Tourist Sites”