(Minghui.org) New Zealand's Tian Guo Marching Band participated in the Glenfield Santa Parade in Auckland on November 17, 2019. Their beautiful music and striking costumes were a hit with spectators and members of other parade groups. 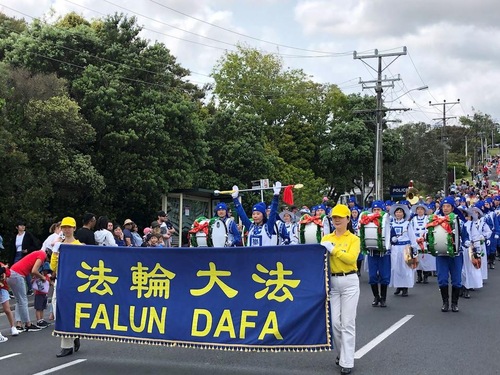 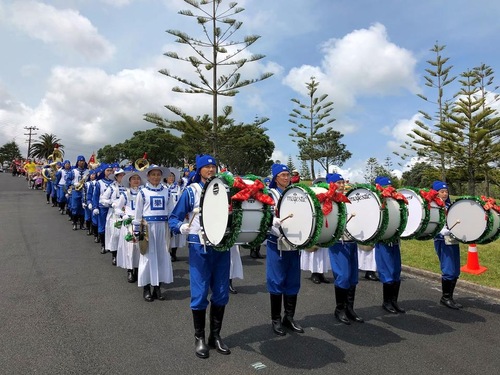 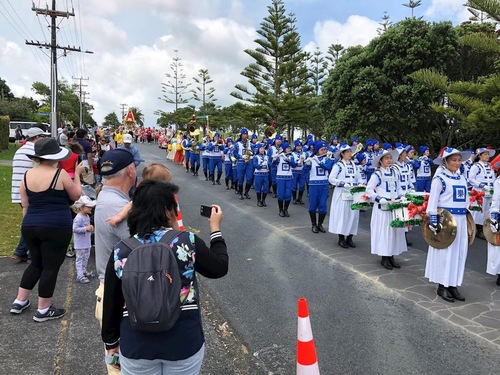 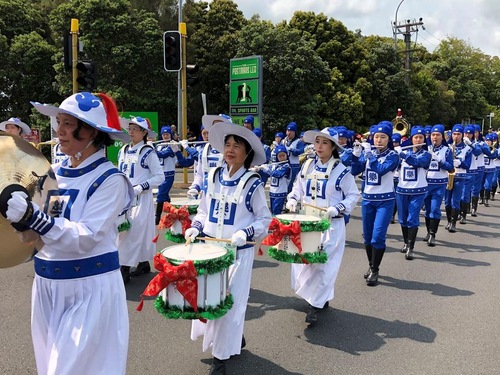 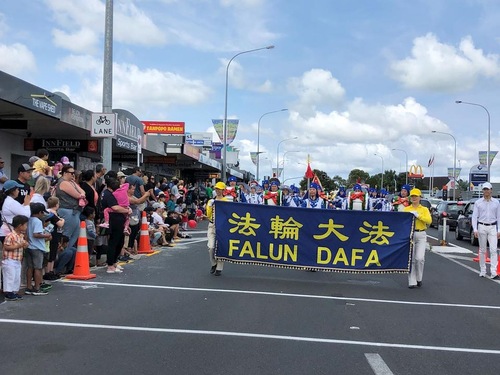 The Tian Guo Marching Band in the Glenfield Santa Parade.

Crowds of spectators lined the streets to watch the parade, which started at 11 a.m. Everyone was cheerful and in the holiday spirit.

The band played many different songs, including “Falun Dafa Is Good,” “Fa Rectifies the Universe,” and “Ode to Joy.” Spectators applauded while some also danced to the beat, and many recorded videos of the band. 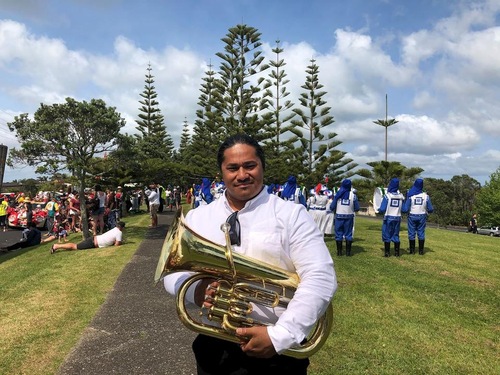 Mr. Finau Lokotui was at the parade with another marching band and said he really enjoyed the Tian Guo Marching Band. “I started playing in a school band when I was 12. I have been playing music for my entire life. Today I see another band playing music in a completely different style, but it's very beautiful and peaceful! Very moving! Their music flows so smoothly and just right.”

After learning that all the band members were Falun Gong practitioners, Finau was amazed. “No wonder their music is so peaceful and touching! It sounds different and feels warm and harmonious. It reaches your heart,” he said. 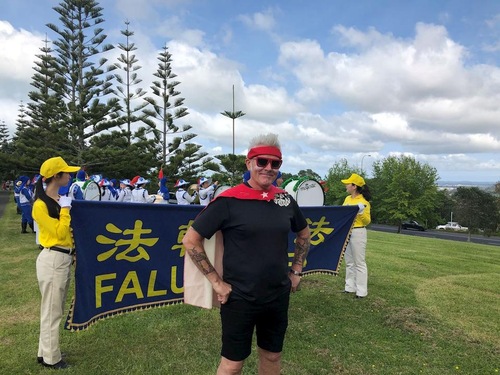 Martin, a sculptor, said he often sees the Tian Guo Marching Band in Christmas parades and really likes their costumes and music. He said it was wrong that the Chinese Communist Party (CCP) persecutes and tortures peaceful Falun Gong practitioners because of their belief. He has seen Falun Gong practitioners doing the exercise as a group in parks in Auckland and distributing flyers, so he knew about the CCP's organ harvesting from living Falun Gong practitioners. “It's terrible! I have been concerned about it and often mention it to my friends,” he said. 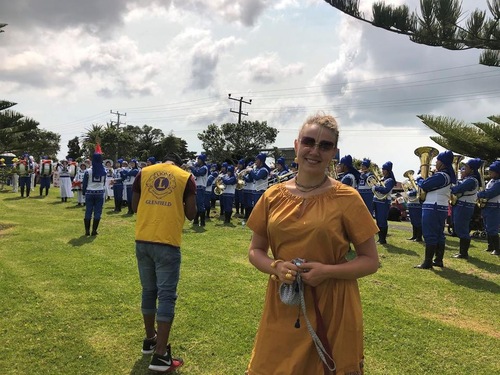 Victoria enjoys the music of the Tian Guo Marching Band.

Victoria from Ukraine also really enjoyed the Tian Guo Marching Band. She said the music was fantastic and the band members looked very professional and devoted. She mentioned that they must have spent a lot of time preparing for the parade.