(Minghui.org) Falun Gong (also called Falun Dafa) practitioners participated in the 2019 BioCultura, an annual event billed as The Fair of Ecological Products and Responsible Consumption, in Madrid, Spain from November 7 to 10, 2019. Thousands of people came to IFEMA, the venue for this popular fair, where they had the opportunity to learn about Falun Gong, a traditional self-cultivation practice benefiting both health and spirit. 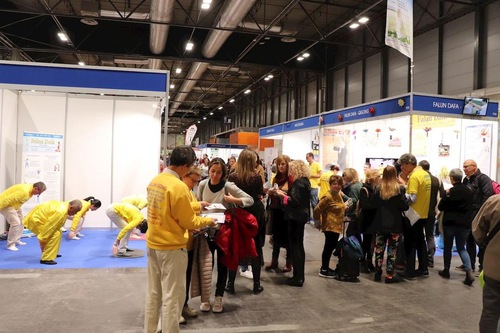 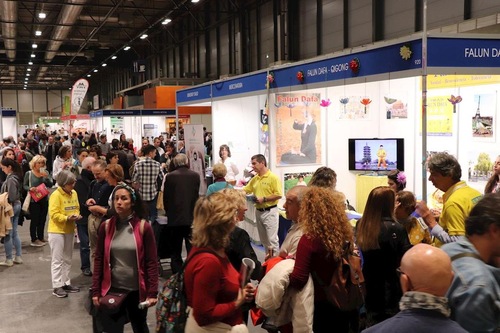 The Falun Gong booth at BioCultura attracted many people. 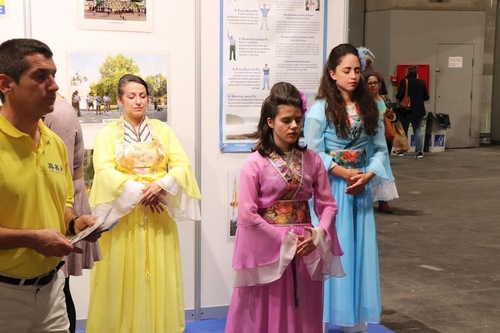 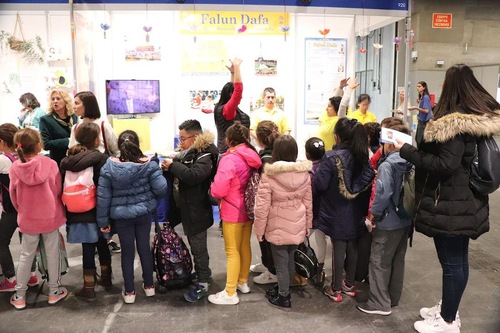 A group of students stop to watch the Falun Gong exercises. 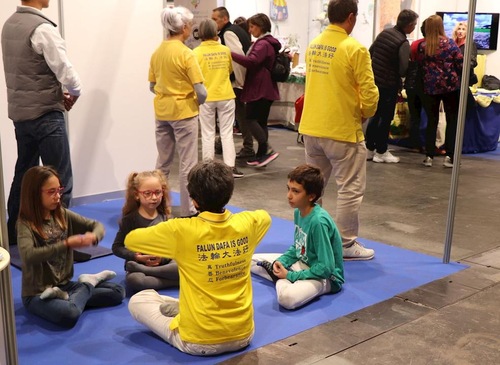 A group of children learn the Falun Gong meditation. 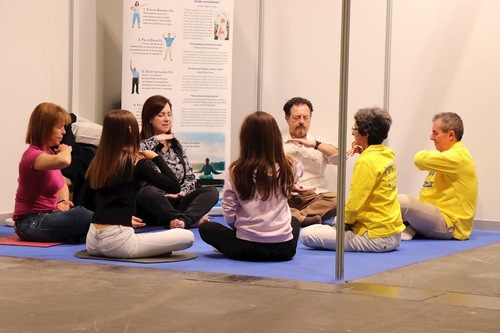 The Falun Gong booth stood out in the crowded exhibition hall. Practitioners' beautiful exercise movements to soothing music drew a lot of attention. People of all ages became interested and many learned the exercises.

A woman named Sandra said she lived close to a Falun Gong group exercise site in El Retiro, Madrid's major public park, and she planned to go to the exercise site and learn the Falun Gong exercises. She was happy to receive a beautiful handmade paper lotus flower that the practitioners were offering to BioCultura visitors. 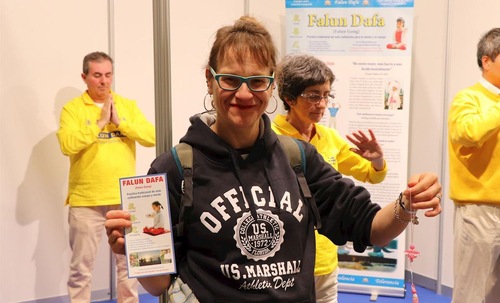 The Francesco family asked if Falun Gong was the same as Falun Dafa, which they knew is being persecuted in China. They had signed a petition in downtown Madrid against the persecution. They asked many questions about Falun Dafa and encouraged practitioners to continue fighting for their freedom of belief in China. 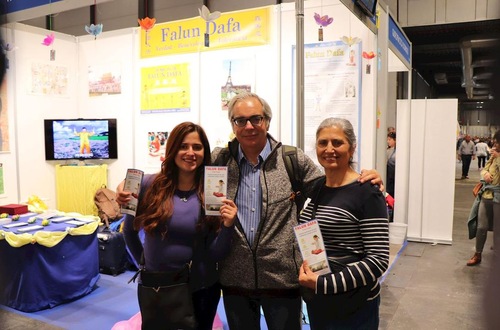 A woman from the Canary Islands watched the Falun Gong exercises attentively. She told a practitioner that she had visited all of the booths at the fair, and she was particularly moved by the message of Falun Gong. She felt it was exactly what she had been looking for.

“After 9.5 Years in Prison, 79-Year-Old Woman Arrested Twice in Six Months for Her Faith”