(Minghui.org) “It's fantastic!” “Very touching from beginning to end!” were some of the comments made by people who saw the movie Origin Bound. The well-attended premiere was held at Towne 3 Cinemas in San Jose on October 25, 2019. Leading actor Ryan Jiang met with the audience after the screening. 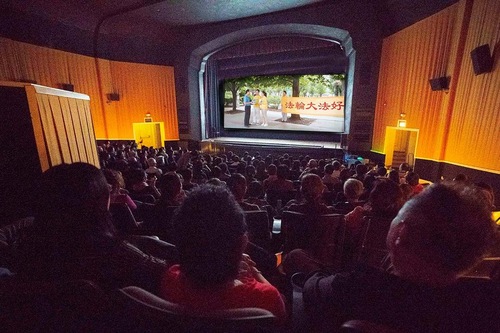 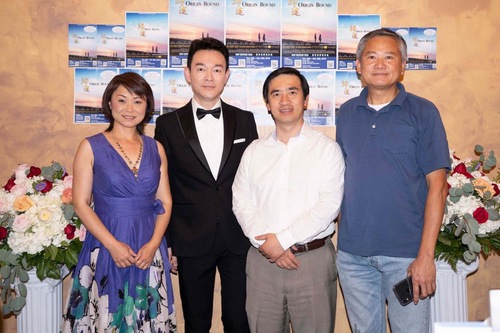 Produced by New Century Film, the movie, which is based on true events, tells how a top movie star in China was saved by practicing Falun Gong.

The movie has won more than 10 awards, including three at the Accolade Global Film Competition: Awards of Merit for Director David Li, leading actor Ryan Jiang, and film feature, and Best Actor at the Wales International Film Festival.

Ryan Jiang said that the movie has inspired people to ponder the question of returning to one's origin despite their busy lives pursuing fame and fortune. He hoped the audience would find the meaning of life and a path to faith through the movie. 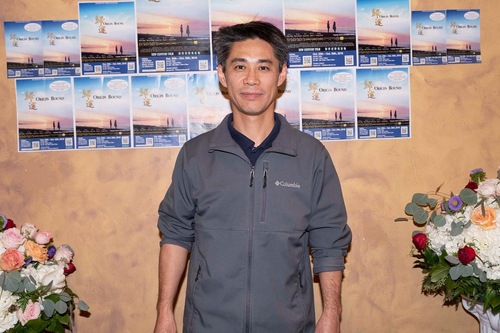 Mr. Chen, a computer engineer, was deeply touched and said, “Truthfulness, Compassion, and Forbearance are great and shouldn't be persecuted.”

Mr. Chen, a computer engineer, said he was deeply touched and almost cried several times while watching the movie. He was also surprised to learn someone with late-stage cancer was saved by practicing Falun Gong. “I used to think Falun Gong could keep you fit and help you, but I didn't know that it saved people’s lives!” Mr. Chen said he had friends who’d died from cancer and thought it was too bad that they hadn't thought about practicing Falun Gong.

“Truthfulness, Compassion, and Forbearance are great and shouldn't be persecuted,” he said.

Mr. Wu, an art designer, said he really liked the movie. “This was a great movie! Falun Gong has benefited so many people. The TV programs that practitioners produce are very high quality. Their goal isn't to make money. They have been producing TV programs to introduce their belief.”

Casey, another audience member, said it must not have been easy for Chinese outside of China to produce such a great movie. “I liked it. It's such a touching story. Its depiction of the current situation in China is very realistic. People there are confused and indulge in material possessions and physical comfort. The movie made me want to learn more about Falun Gong. I have several friends who practice it. They are very nice and very talented.”