(Minghui.org) Falun Gong practitioners in the French-speaking part of Switzerland held activities in downtown Geneva to clarify the truth on November 9, 2019. They set up a stand to introduce the ancient spiritual practice and told people about the Chinese Communist Party's (CCP) persecution.

Many people expressed their support for the practitioners’ efforts to end the persecution. Some said they were interested in learning to practice Falun Gong. 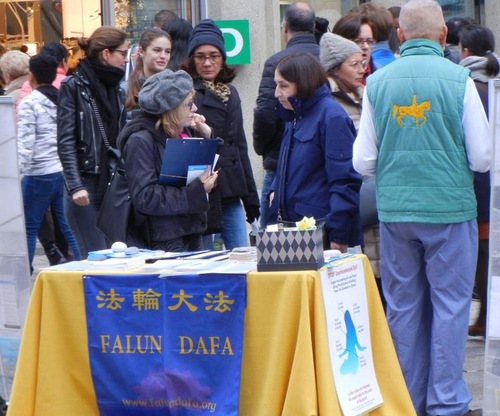 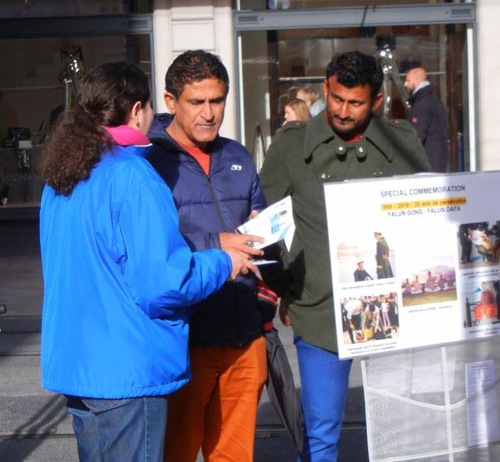 Practitioners held activities in downtown Geneva on November 9, 2019. They introduced the practice and told people about the persecution. 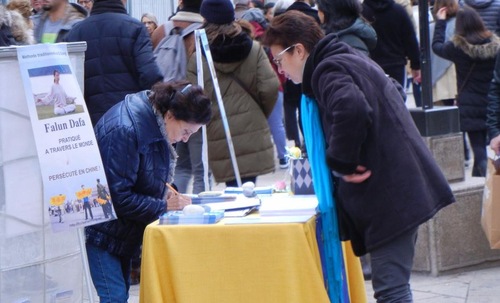 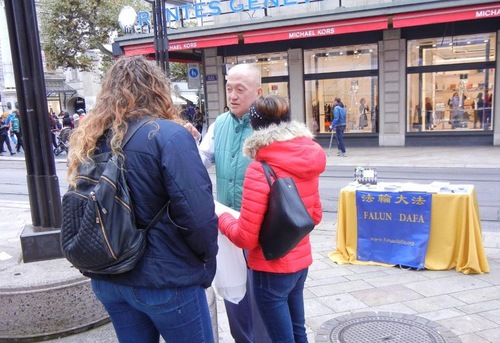 A company manager asked for a pamphlet and expressed great interest in learning more. After being given a flyer and the schedule for the local group practice in Geneva, she said that she wanted to donate to Falun Gong. A practitioner thanked her but said that they did not accept money.

The woman left her business card and said, “I can help without any hesitation.” She signed the petition to protest the persecution.

Two couples listened to the introduction and said that they knew that Falun Gong was good and wanted to learn it. They also knew that Falun Gong is being persecuted in China and that the CCP carries out state-sanctioned live organ harvesting from Falun Gong practitioners. They signed the petition protesting the persecution.

“China Fahui | “It Is Wonderful to Have a Teacher!””

“Jilin Woman Convicted for Talking to Student about Falun Gong”