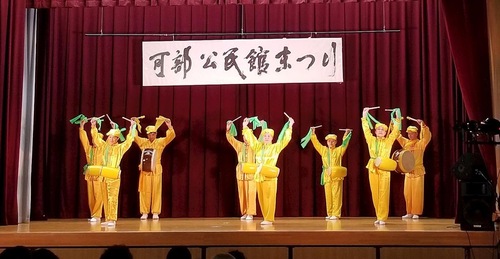 Practitioners gave a waist drum performance at the festival in Hiroshima

Before the performances, practitioners introduced Falun Gong to the other participating art groups. Many people copied the exercise movements of this self-cultivation practice during a demonstration on stage. A number of the participants commented afterward that they felt great and were interested in learning more.

This was the second time practitioners have participated in this festival. After being advertised in the center's monthly newsletter, two workshops were held. Many people learned about Falun Gong through practitioners' activities this year. 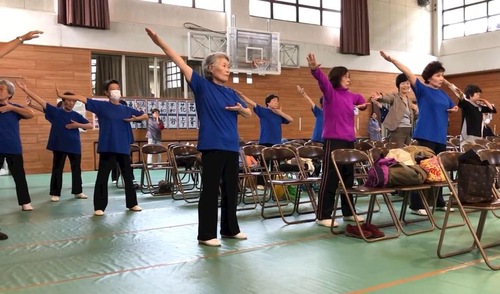 The annual harvest festival was held in Hatsunegaoka of Kanagawa Prefecture on October 27, 2019. More than 30 non-government groups gave performances during the annual celebration.

Practitioners were invited to participate and gave an Erhu solo, a waist drum performance, and demonstrated the Falun Gong exercises. Several people learned the exercises and took introductory materials to learn more.

“Finding Dafa: An Unexpected Miracle from a Kind Thought”