The U.S. and Canada: Introducing Falun Gong to Local Communities

(Minghui.org) Falun Gong practitioners regularly hold activities and participate in local community events to introduce the practice and to raise awareness of the Chinese Communist Party's (CCP) ongoing persecution. They participate in parades, demonstrate the exercises, tell people the facts about the persecution, and hold signature drives. They invite people who wish to condemn the persecution, especially the state-sanctioned organ harvesting from living Falun Gong practitioners, to sign a petition.

The following are reports on local events in California in the U.S. and Toronto, Canada.

The Tian Guo Marching Band received a warm welcome during the Santa Clara Parade of Champions on September 28, 2019. 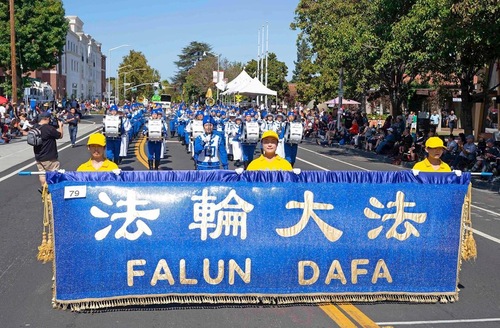 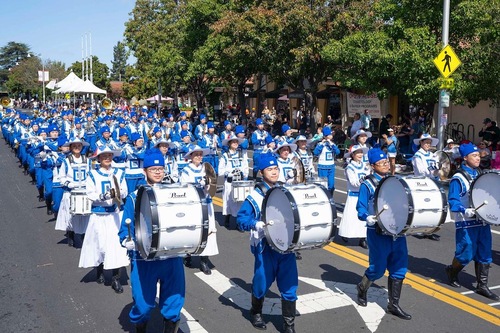 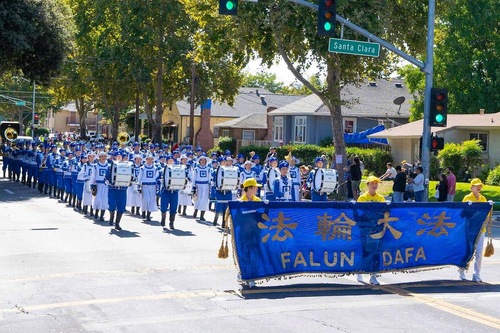 Practitioners participate in the Santa Clara Parade of Champions on September 28, 2019.

Santa Clara is located in the heart of Silicon Valley and is home to a number of high-tech companies. The Santa Clara Parade of Champions began in 1945 but was suspended in 1995. It was resurrected this year.

Parade-goers gave the Tian Guo Marching Band a thumbs up and applauded and cheered. 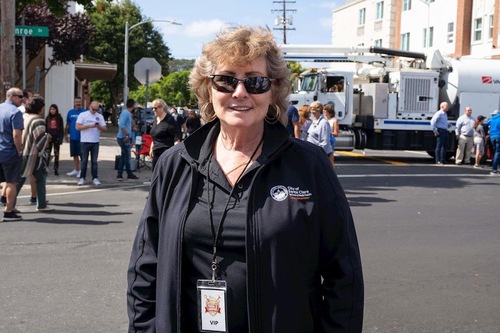 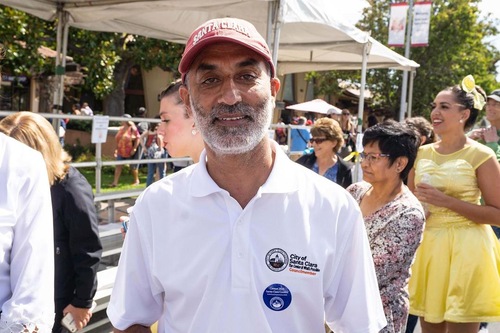 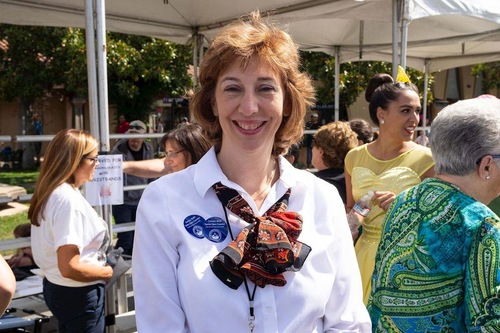 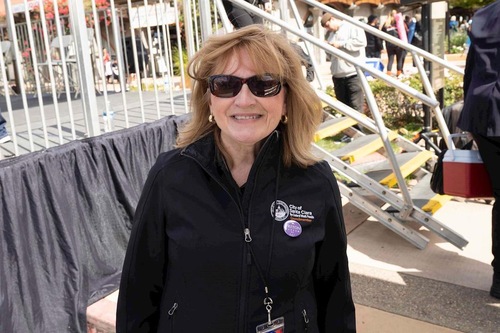 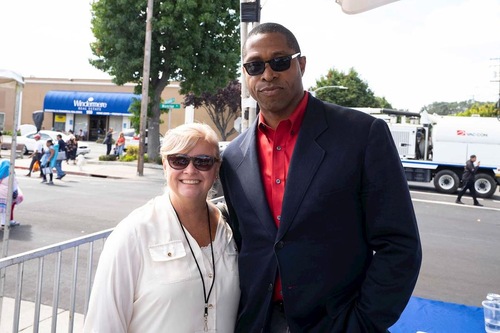 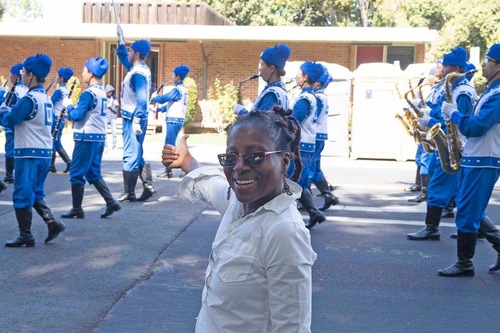 Udie Osom praised the Tian Guo Marching Band and gave them a thumbs up: “Their performance is great! It's one of the best bands I've seen!”

Udie Osom told the band, “You guys are awesome!” She said the band members were very professional, “They are coordinating very well. Their performance is great! It's one of the best bands I've seen!” 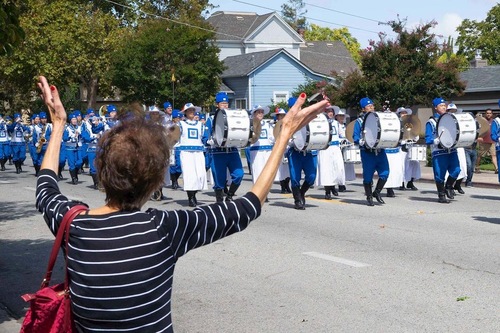 Toronto, Canada: Event Held in Chinatown to Mark 340 Million Withdrawals from the CCP

On the afternoon of September 28, 2019, Falun Gong practitioners held banners in Toronto's Chinatown to celebrate the 340 million Chinese people who have quit their memberships in the CCP and its affiliated organizations. They told passersby about Falun Gong and that it is being persecuted in China.

Despite the rain, practitioners continued talking to people. Several drivers honked their horns to express their support. The rain soon stopped and the sky cleared. 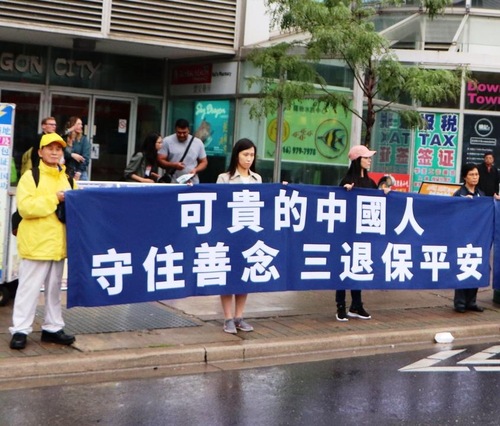 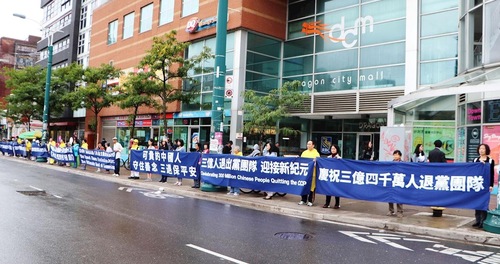 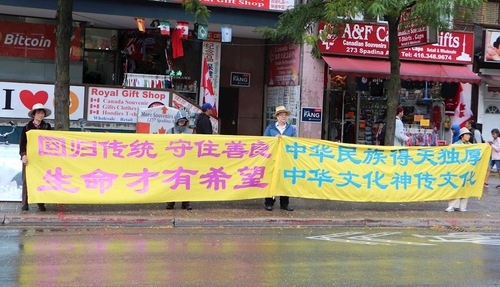 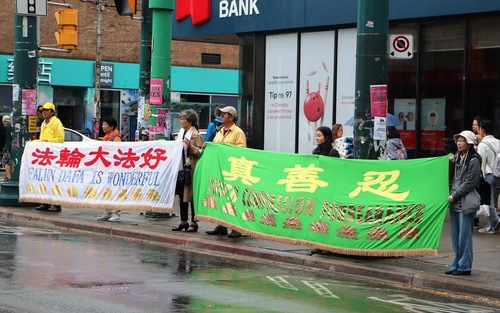 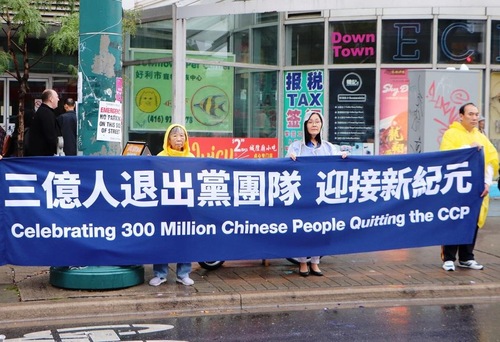 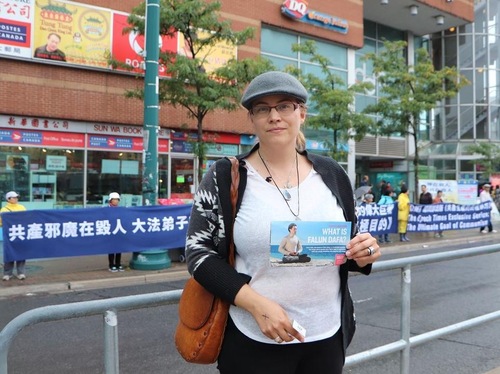 Local resident Natalie supports the peaceful protest and said, “Democracy and freedom of speech are so important.”

Natalie, who works at a media company, took photos of the practitioners. She said, “Democracy and freedom of speech are so important to anyone in the world.

“I am very happy to see them (Falun Gong practitioners) here today. They are able to stand up and let people know what's going on in China.

“The CCP seems powerful. But in fact it will collapse in a moment.” 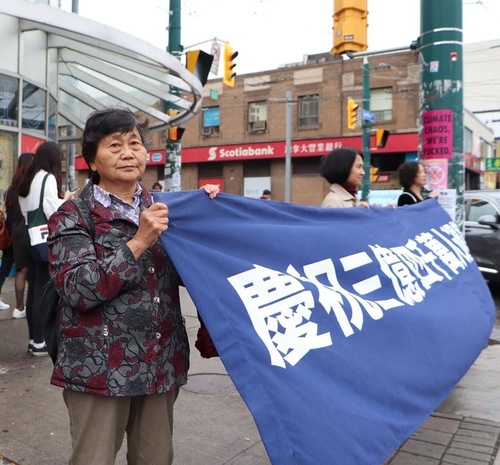 Practitioner Yuping Zhao encourages Chinese to withdraw from the CCP.

A couple and their two daughters from Tianjin talked with practitioner Yuping Zhao. They said their daughters were about to study abroad. Zhao said, “The most important thing is to withdraw from the CCP.”

After they listened to her explain how important it is to withdraw, the family agreed to quit their memberships in the CCP and its affiliated organizations. When they learned that Zhao was 70 years old, they were surprised and said, “It's good to practice Falun Gong!”

Practitioners held a workshop and demonstrated the Falun Gong exercises at a library in Fremont on September 28, 2019. After they learned the five exercises many participants said they felt refreshed. 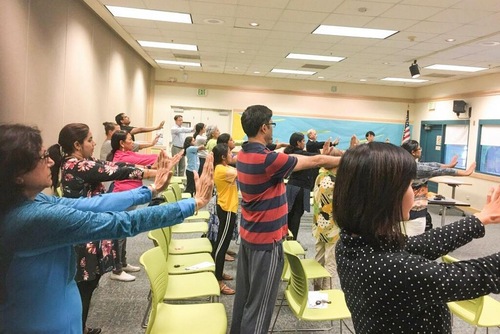 People learn the Falun Gong exercises during a workshop held in Fremont on September 28, 2019. 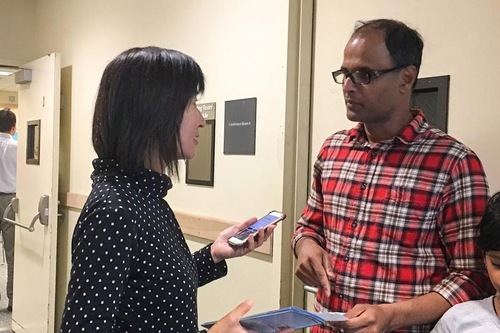 Prakash said he felt peaceful and refreshed after he did the exercises. 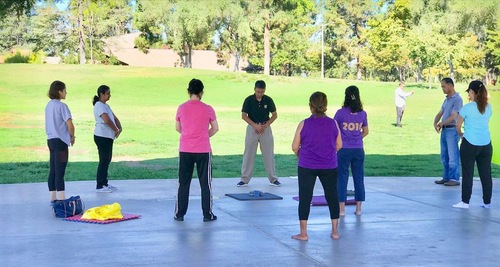 New practitioners practice the exercises in a park.