(Minghui.org) The 2019 Minghui Summer Camp in France was held in a northeastern village close to Switzerland. For the past eight years, young practitioners have benefited from activities including studying the Falun Dafa teachings, group exercises, sending forth righteous thoughts, photography, as well as learning to make crafts.

Thirty-seven young practitioners from France, Switzerland, and Germany, ages 4 to 17, attended the camp this year. They began each day with the Falun Dafa exercises. Even the rowdier children were able to calm down in the soothing but powerful energy field.

After a five-day photography course, they took many photos and video clips of their summer camp, which they planned to share with family and friends. 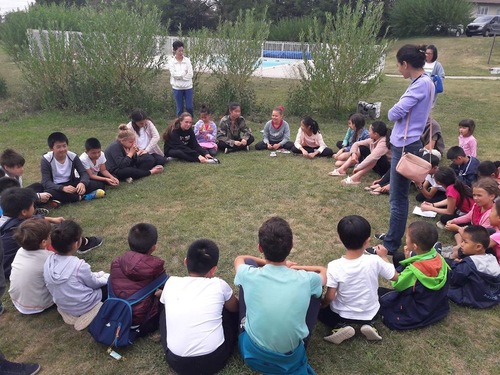 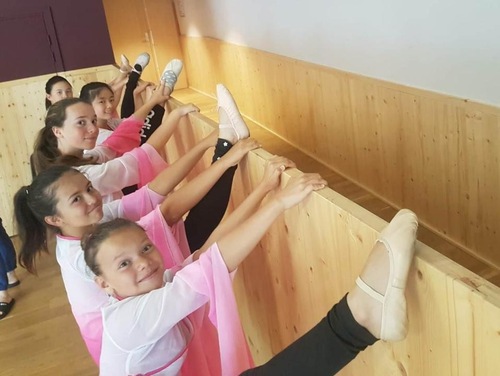 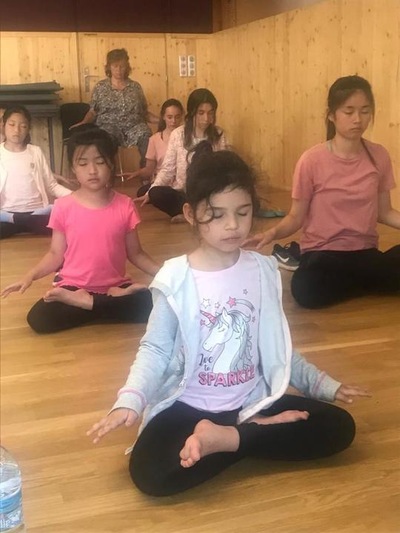 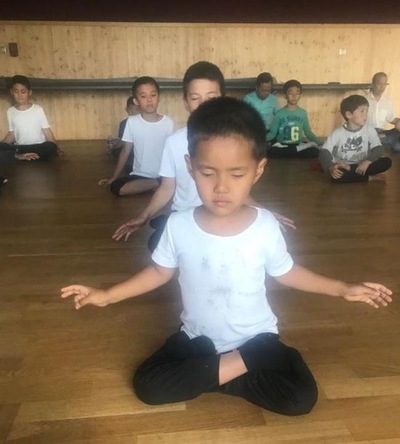 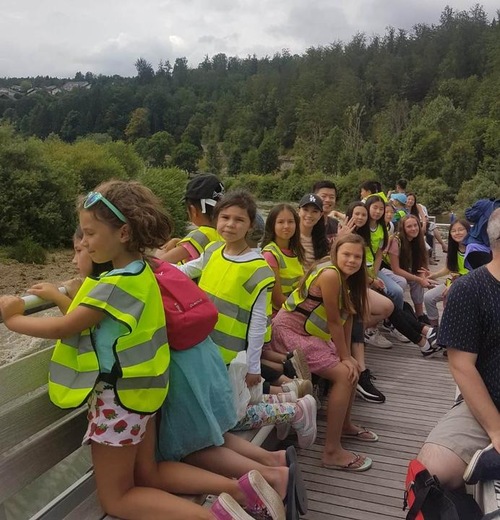 The campers enjoy a field trip in nature. 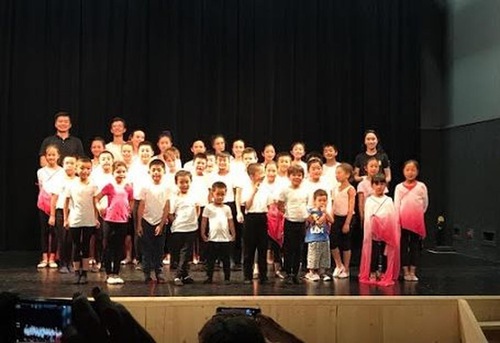 Ovation at the end of an art performance.

Eight-year-old Remy used to have trouble staying tranquil because of leg pain when he meditated at home. He enjoyed doing the meditation exercise with the other children at the camp and said he experienced a state of tranquility. He successfully endured a little pain and said he felt great afterwards. Remy's mother said she noticed that he could concentrate better after returning home from the camp. He showed his mother the basic skills and the meaning of classical Chinese dance.

Nine-year-old Ina said that when she started doing the second and fifth exercises, the music seemed to last forever, and her legs hurt. Ina felt encouraged when she noticed that the younger kids were able to concentrate and continue doing the exercises. The last few days of the camp, she said time seemed to fly by when she did the second and the fifth exercises. She felt very comfortable and had a wonderful experience.

The campers' parents noticed that their children were more willing to do the exercises after they attended the camp. One parent said, “My kids sent forth righteous thoughts on time and studied the Fa on time after they returned home. They talk about their experiences at the camp every day.”

After several rehearsals, the campers gave an art performance on the last day of the camp. All the camp teachers as well as local residents from the village attended. They also demonstrated the five sets of Falun Gong exercises. Local residents learned about Falun Dafa and traditional Chinese culture through the art performance.

With detailed planning and everyone's cooperation, the camp went smoothly in an agreeable and caring atmosphere. Teachers helped each other whenever needed. Teachers and the campers’ parents studied the Fa and shared their experiences at the end of each day. Instead of feeling tired, everyone felt energetic after the camp.