Switzerland: Practitioners Hold Activities in Geneva to Introduce Falun Gong and Raise Awareness of the Persecution 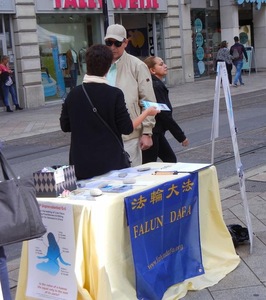 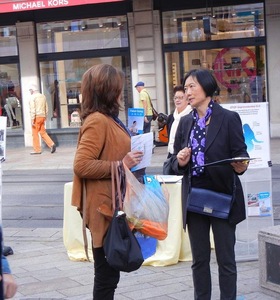 Practitioners introduce Falun Gong and clarify the truth to the public.

A former Geneva canton legislator talked with a Falun Gong practitioner at length. When he learned of the CCP’s live organ harvesting, he was shocked. He said that he fully supported the practitioners’ efforts against the persecution. He immediately signed the petition to protest the persecution. 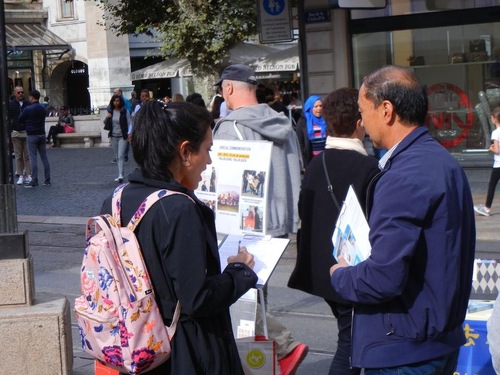 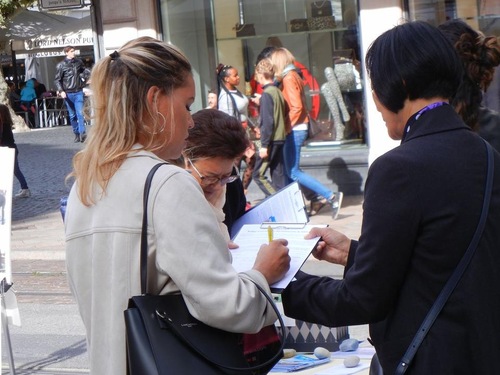 Several people signed the petition to protest the persecution.

One young man was appalled to hear about the CCP’s live organ harvesting and said he did not understand why the media did not report on it. He also said that he wished to learn how to practice Falun Gong and asked where he could learn it in Geneva.

A man who is a yoga instructor was interested in learning more about Falun Gong and asked several questions. A practitioner suggested that he read the main book of the teachings, Zhuan Falun. He immediately went to the Falundafa.org website and said that he would read it.

He said that the first thing he should do, to be in accordance with Truthfulness-Compassion-Forbearance, was to sign the petition against the persecution.