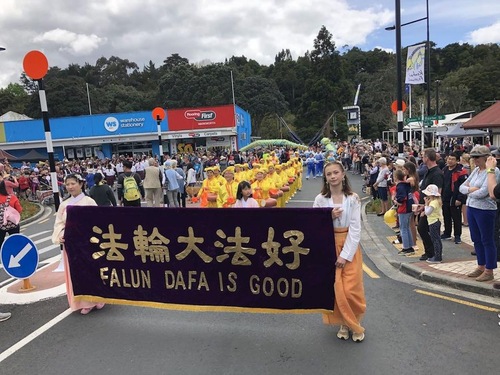 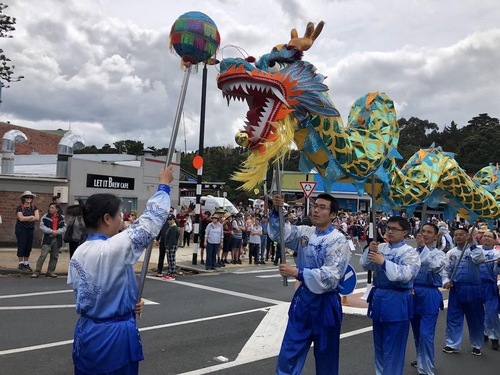 Practitioners’ waist drum and dragon dance teams participated in the parade, part of the Kowhai Festival held October 13, 2019 in Warkworth.

Many people visited the Falun Gong booth to learn about the practice. Several bought Falun Gong books, learned how to make lotus flowers or watched a calligraphy demonstration. Some said they were interested in learning Falun Gong. 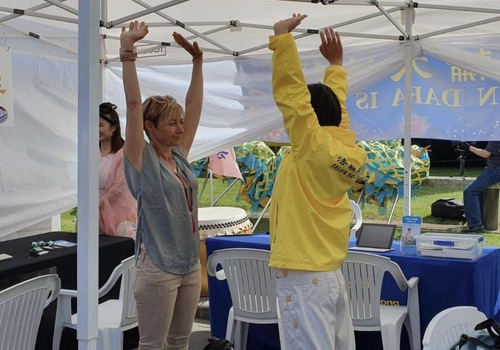 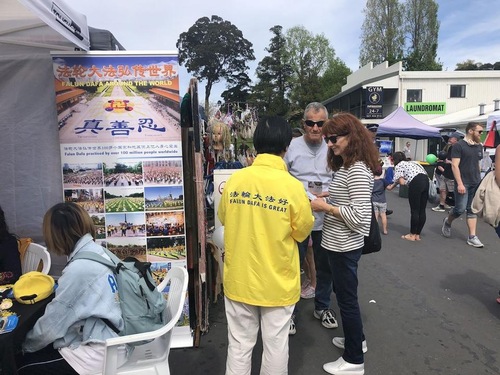 Festival participants stopped by the practitioners' booth and learned the Falun Gong exercises.

Paul said that the dragon dance and the waist drum performances were great. He said that he knew that Falun Gong was persecuted by the Chinese Communist Party (CCP) and that practitioners in China were being killed for their organs.

He said, “When I first heard this, it was really hard to believe and accept. How could such a thing happen! People should have freedom of speech and belief. I hope that China will change.”

He encouraged practitioners to keep up their efforts and said, “Falun Gong practitioners and all Chinese overseas should continue spreading this information.” 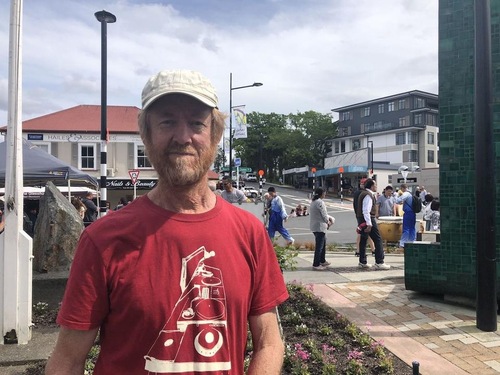 Paul encourages Falun Gong practitioners to persevere and to continue letting people know about the persecution.

Warwick praised the practitioners' performances and said, “I really enjoyed their performance. Wonderful!”

When he learned that the CCP persecutes Falun Gong, he said that their behavior was very shameful. He said, “China is a big country and its population is huge. But the government severely cracks down on its citizens. It's really terrible.” 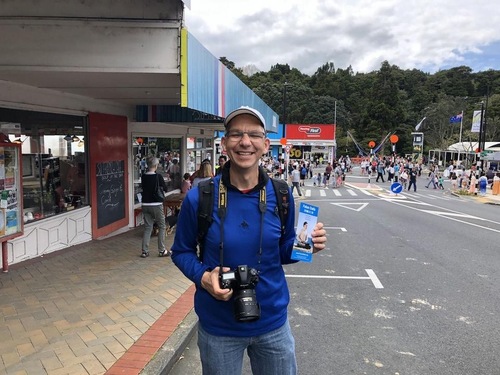 Warwick said the CCP’s persecution of Falun Gong is shameful. 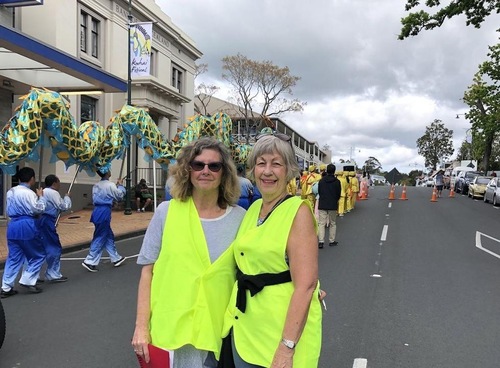 Evody's and Cynchia's family immigrated to New Zealand from South Africa a year ago. They said they liked the waist drum team's bright costumes and their performance.

When they learned that the CCP persecutes Falun Gong practitioners, they felt it was unbelievable to persecute people who practice a peaceful meditation. 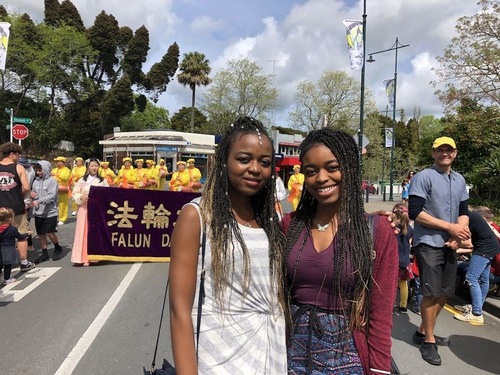