Bulgaria: Sofia’s Residents Gain Insights into the Confucius Institutes as Instruments of the Chinese Communist Party

(Minghui.org) The documentary “In the Name of Confucius” made its premiere in Bulgaria during the prestigious Sofia Biting Docs Film Festival, at Sofia’s Cinema House on September 30, 2019, just one day before China’s National Day and two days after the World Confucius Institutes Day. The storyline of the documentary is that the Confucius Institutes are tools of the Chinese communist government and interfere with democracy in the world. 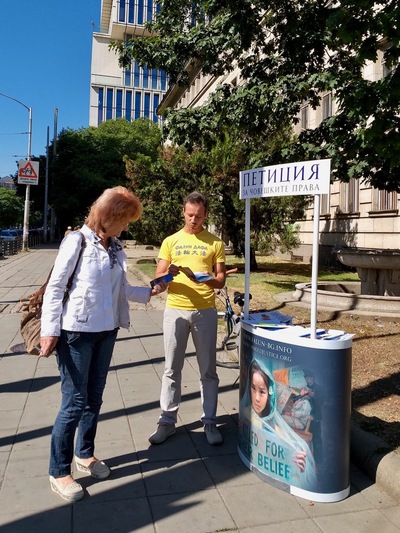 There are two active Confucius Institutes in Bulgaria – one associated with Sofia University, “St. Kliment Ohridksi,” and another associated with the University of Veliko Tarnovo, “St. Cyril and St. Methodius.” “Confucius” learning facilities were established at six schools in the Bulgarian cities of Sofia, Plovdiv, and Stara Zagora, all of them subsidized by Chinese government grants. Until 2018 there were 548 active Confucius Institutes in schools of higher education worldwide, and 1193 Confucius classrooms in elementary and middle schools. All this funding could have benefited the remote regions of China, known for their poor educational development. 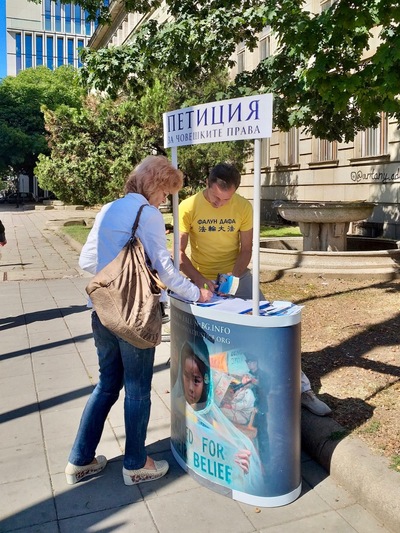 Despite characterizing itself as “humanitarian,” Confucius Institutes have been criticized not only for promoting the Communist Party’s agenda, but also for being suspected of being involved in espionage. University partners commented that topics Beijing considers “inconvenient,”—like Taiwan, Tibet, the Tiananmen massacre, and the persecution of the spiritual practice Falun Gong—have been removed from their curriculum. Chinese representatives insist that their university partners not discuss these subjects during classes. Confucius Institutes have also been accused of pressuring their university partners to promote their own programs. For example, part of the Confucius curriculum were poems and songs in honor of Mao Zedong.

What is the situation with the Confucius Institutes in Bulgaria? The subject came up after the showing of the documentary “In the Name of Confucius” in Sofia. An enthusiastic viewer said that the movie taught her a lesson in democracy and she was pleased to see the happy ending. Another viewer commented that people in Canada were very naïve, which was the reason they were taken advantage of by the Chinese communist government. The documentary made it clear that in spite of the attempt to present themselves as similar to schools like the British Council, the Goethe Institute, and the Alliance Francaise, Confucius Institutes were, in fact, promoting Chinese communist propaganda and silencing dissidents.

For many Bulgarians, however, Confucius Institutes means Chinese culture. The institutes have been organizing free Chinese movie festivals and events to present Chinese calligraphy, Chinese medicine, and other Chinese traditions. The Bulgarian Falun Dafa practitioners took advantage of this interest in Chinese culture to inform the audience about the human rights violations in China and the persecution of innocent people who chose to follow the universal principles of Truthfulness, Compassion, and Forbearance.

One of the Falun Gong practitioners in charge of the events in Bulgaria commented, “We hope that these are the first steps that lead to an awareness that already exists in Canada—that the Confucius Institutes are a source of communist propaganda, and they are better off being shut down. This will open the door for genuine traditional Chinese culture in Bulgaria.”

“How Being Imprisoned Saved Me”

“My Neighbor's Badmouthing Turns into Praise”