Falun Gong in Community Events in Australia, Denmark, and America

(Minghui.org) Falun Gong practitioners recently participated in the annual Toowoomba Carnival of Flowers in Queensland, the European Volunteer Capital Aarhus in Denmark, Newark Community Day in Delaware, and the Melrose Victorian Fair in Massachusetts. They handed out information on the meditation practice and raised awareness of China's persecution of Falun Gong.

The 69th annual Toowoomba Carnival of Flowers, a nationally renowned event in Australia, was held on September 22.

The highlight of the event was the parade, which consisted of 80 groups and 35 floats and was enjoyed by over 100,000 visitors. This year's theme was “Secret Garden.” 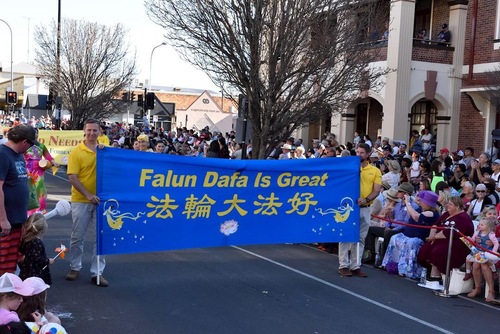 The Falun Gong procession was particularly impressive. Two practitioners marched in front with a large banner that said “Falun Dafa Is Great.” The float was a dragon boat with a traditional Chinese garden door on top. Falun Gong practitioners in gold outfits demonstrated the exercises on the float as the waist drum team followed behind. 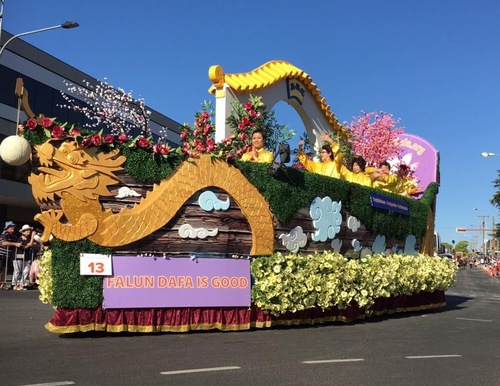 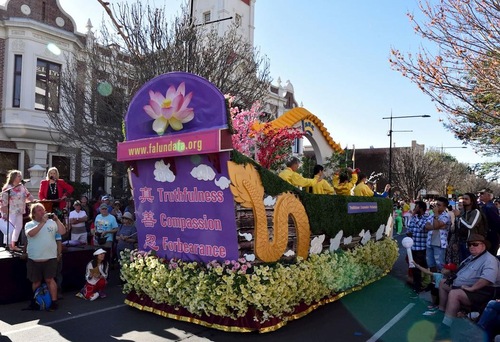 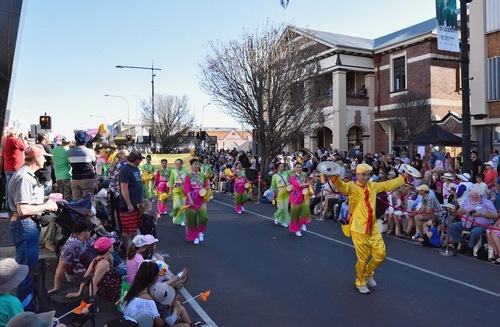 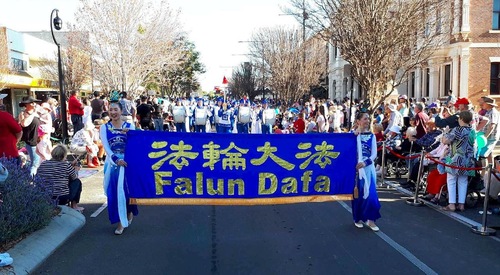 The Tian Guo Marching Band, which is made up of 53 members from Melbourne and Sydney, made the trip for this parade.

The parade organizers praised the float and the practitioners' commitment. A municipal coordinator said to the practitioners, “Next year will be the 70th Carnival of Flowers. That parade will be even grander. We would welcome you to come again next year!”

Falun Gong practitioners participated in the European Volunteer Capital Aarhus, a festival for volunteers in Europe on September 22. 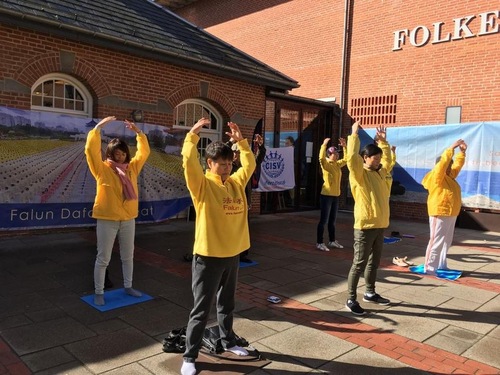 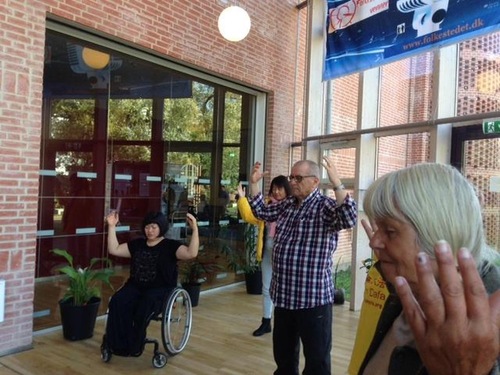 More than 200 associations and groups participated in the event. There was music, dances, and discussions in city hall and other locations.

Delaware's Newark Community Day was jointly sponsored by the Parks and Entertainment Department of Newark, the Christina School District, and the University of Delaware. It was held on the university campus on September 16. Nearly 10,000 people participated. 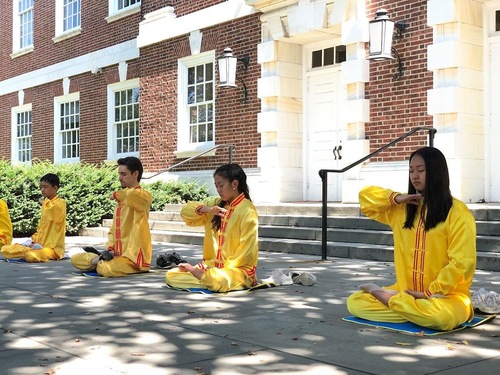 More than 250 exhibitors participated this year. It was a busy event, with a food court, children's play area, multiple performance areas, and an arts and handicrafts exhibition area.

Elton Kimani, a health care worker, was very interested in meditation and qigong. He and his girlfriend, Catalina, an undergraduate student at the University of Delaware, watched the demonstration.

Elton said, “This looks very relaxing and soothing.” He took a Falun Gong flyer and said that he would like to try to learn it later. 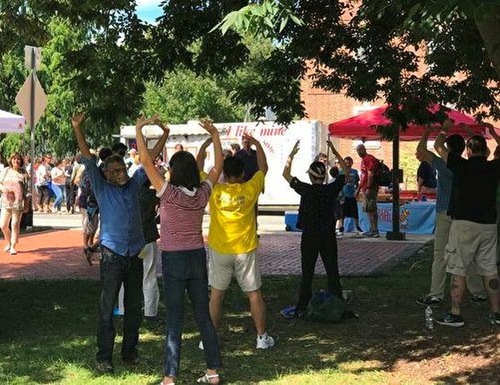 The Victoria Festival in Melrose

Falun Gong practitioners in Boston participated in the Victoria Festival in Melrose, Massachusetts, on September 9, 2018. They set up a stand and spoke to visitors about the practice. 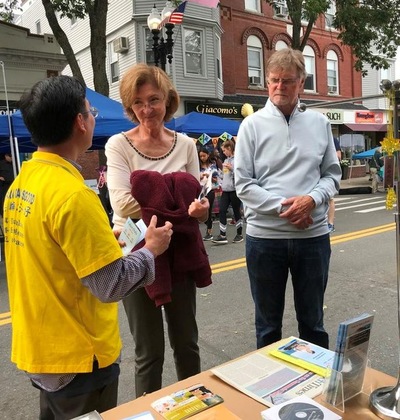 Two private school staff members listened to the introduction and were very interested. They said that the exercises would be helpful to both teachers and students. One of them invited the Falun Gong practitioners to the school to show the exercises to the teachers.

“Changchun Woman Denied Family Visits for a Year, Sentenced to Five Years in a Teleconferenced Trial”