(Minghui.org) Minghui.org has confirmed that 29 Falun Gong practitioners in Laishan District, Yantai, Shandong Province, have been arrested since September 2017.

Most of the arrests were carried out by officers from the Domestic Security Division in Laishan District. In some cases, the officers traveled to nearby districts to arrest the practitioners and then took them back for prosecution by the Laishan Procuratorate and Court.

These practitioners are now at various stages of prosecution. Below is a detailed list of their cases. 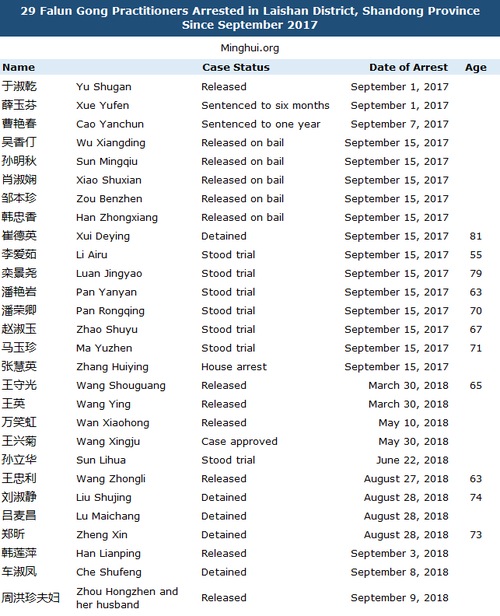