(Minghui.org) Falun Gong practitioners in California participated in the annual Oakland Chinatown StreetFest on August 25 and August 26, 2018, an annual celebration in Oakland before the Moon Festival.

The festival spanned nine blocks and attracted thousands of people of all ethnicities with its colorful performances and wide variety of gourmet food. 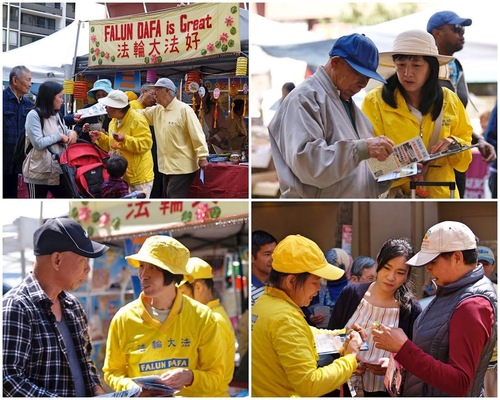 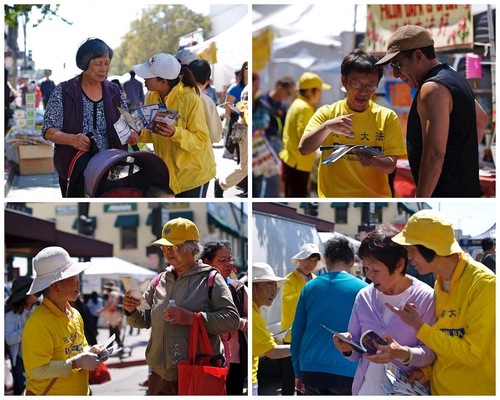 A continuous stream of people visited the Falun Gong booth during the two-day celebration. Due to practitioners' persistent efforts for the past 19 years to raise awareness about Falun Gong and the persecution in China, support for Falun Gong by Chinese in the community is much more common. 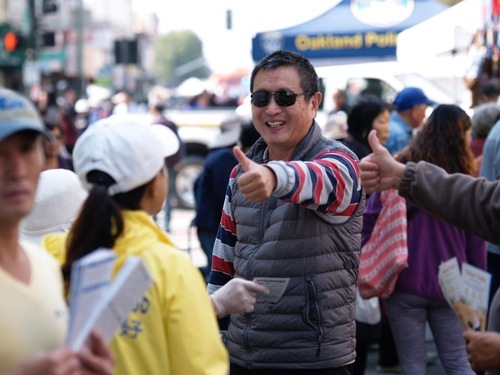 A gentleman gives a Falun Gong practitioner a thumbs-up. 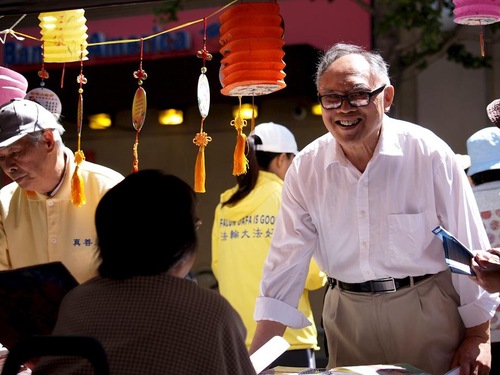 A gentleman greets Falun Gong practitioners at the booth. 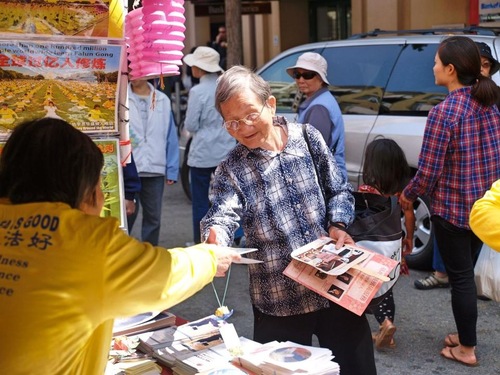 A woman stops to get Falun Gong materials.

Oakland has a large community of Chinese immigrants. Many Chinese stopped at the Falun Gong booth to read the display boards. Within two days, nearly 250 Chinese withdrew their memberships in the Communist organizations they had once joined so as to take a stance against the regime's persecution and brutality.

A Chinese tourist approached the Falun Gong booth. He had never joined the Party due to being in one of the regime's blacklisted groups during the Cultural Revolution. He said, “The Communist Party is so wicked! Falun Gong is the only hope for China.”

Another booth visitor, Mr. Chen, had come to the United States from China last year. At the booth, he decided to quit all the Communist organizations he'd joined. He couldn't hide his excitement. He told a practitioner, “From now on, I will never be a follower of the CCP!”

Mrs. Wang, who has lived in the U.S. for over 30 years, told a Falun Gong practitioner how her family had personally experienced the CCP's persecution when they were in China during the Cultural Revolution, just like what the Nine Commentaries on the Communist Party had exposed. Holding up the paper lotus flower the practitioner gave her, she said that she would display it in her home.

Many visitors were interested in learning Falun Gong. A middle-aged Chinese man stopped at the booth to quit his Party memberships and made arrangements to learn Falun Gong at a group exercise session the following week.