(Minghui.org) The 2018 UK Falun Dafa Experience-Sharing Conference took place in London on August 26, 2018. Sixteen practitioners talked about their cultivation journey, the sacredness of Falun Dafa and their gratitude towards Master Li Hongzhi. 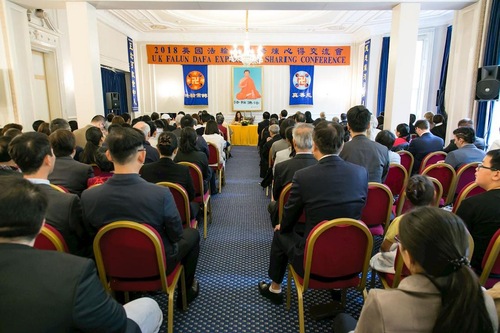 Keeping Up with the Requirements of Fa-rectification

British practitioner Neil Woodrow has paid close attention to his personal cultivation these past two years and was able to talk to people about Falun Dafa more effectively. Noticing many things in his cultivation in daily life and when working on Dafa projects, he was determined to listen to Master's words and do the three things well as a practitioner.

Every morning, he got up early to join others in studying the Fa and doing the exercises. This way, he would be able to meet the requirements for being a Dafa practitioner. He found good Fa-study and consistent exercises purified his body and mind, which made him more selfless. As a result, when working on Shen Yun promotion later on, he had a stronger sense of responsibility to help awaken people. 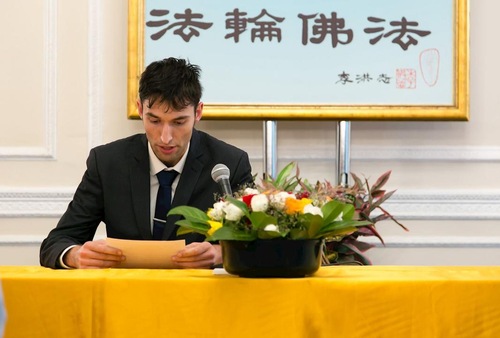 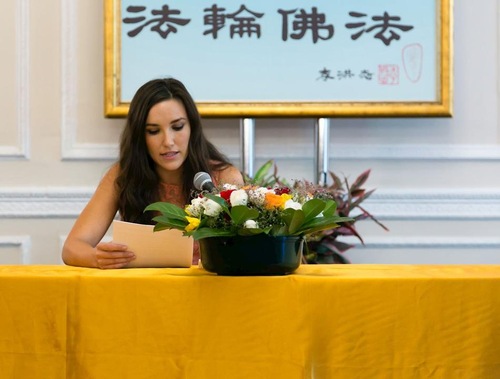 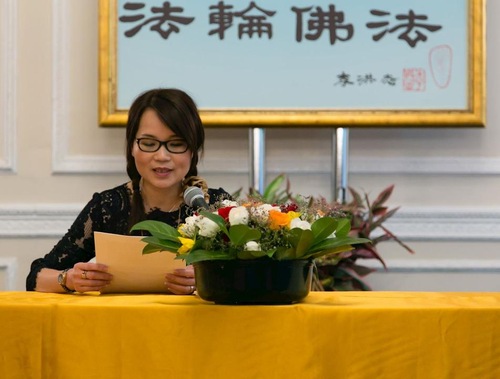 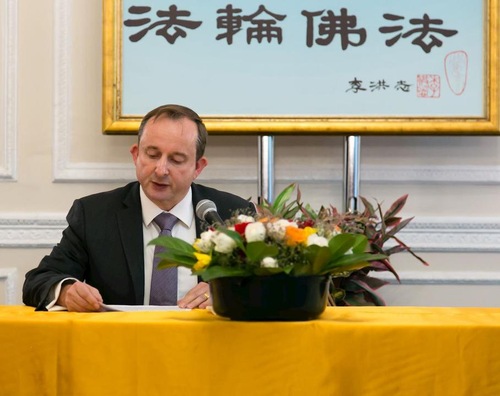 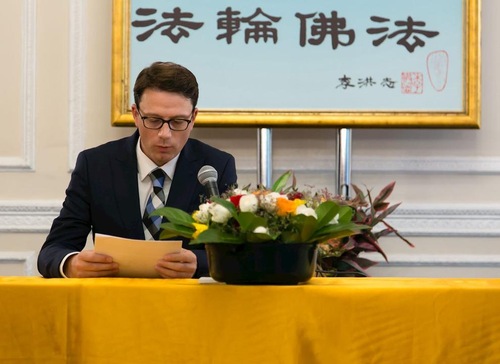 Sixteen practitioners spoke at the conference about their cultivation practice.

Chinese practitioner Ms. Li said that studying the Fa helped to change her mindset and improved her xinxing. Therefore, she was able to look inward to avoid conflicts with other practitioners. She focused on improving herself rather than complaining about others.

“When I see something and feel strongly influenced or annoyed, it must be that I need to improve or there is an attachment that I need to let go of,” she said. Looking within helped her identify her attachments of fighting, showing-off, and the influence from party culture. In addition, she has attachments to fame and material interests, as well as jealousy. “I feel that Master has been compassionately helping us along the way. As long as we are willing to look inward and to improve, Master will help us,” she added.

Test of Life and Death

Mr. Li is over 80 and he talked about how he overcame a test of life and death. He witnessed the power of Dafa and is grateful for Master's compassion.

Mr. Liu suffered from illness karma in December 2016, in which many small blisters appeared all over his skin, with size ranging from soybean to egg yolk size. The blisters came and left, with his skin regenerating over and over again. In addition, his limbs were severely swollen and his skin turned purplish.

Wondering why this was happening, Mr. Li compared himself to the requirements of being a practitioner. It seemed that he had omissions of not doing all three things well. For example, when sending forth righteous thoughts, his hands fell to the side and he was not fully awake. This made him more serious about sending forth righteous thoughts to eliminate interference.

He also kept studying the Fa and studied as much as he could every day. Unable to read because of blisters on his mouth, he asked his wife—also a practitioner—to read the Fa to him. Although he could not stand well, he kept doing the sitting meditation and did all five exercises whenever he could. Now he is able to study the Fa and do the exercises as usual, while still doing the three things.

Looking back on the tribulation that lasted for over a year, Mr. Liu said the most important understanding he gained is deep faith in Master and Dafa. “We need to fully trust Master. With Master and the Fa, we can overcome all tribulations,” he said. In the past year, he fell five times. In the worst fall, the back of his head hit the ground first with a loud noise. But he stood up and said he was fine. In fact, he felt like he was slowly falling down on a couch cushion with no pain at all. He knew that Master had protected him.

Young Disciple: Staying Away from Electronics

Zixuan, a middle-school student in London, has practiced Falun Dafa with her mother since childhood. She talked about how she stopped being addicted to cell phones.

After becoming a middle-school student, she began to use a smart phone and often browsed the internet. Distracted by various contents on the internet, she drifted further and further away from cultivation. Especially in the past six months, she was so addicted that she often did not go to bed until one or two o'clock in the morning. Despite regret and frustration, she could not control herself and was very emotional. This also affected her life.

One night when playing on her cell phone, she heard a voice speaking painfully, “Are you willing to be manipulated by these rotten demons? You can easily eliminate them—but you are now controlled by them.” Realizing she had done wrong, Zixuan decided to change and become a genuine Dafa disciple.

“Master is very compassionate and he did not give up on me,” said Zixuan, “When doing the second set of exercises, I could see scenes in other dimensions and decided to stop being addicted to cell phones.” By eliminating the interfering elements in other dimensions, her field became much cleaner and her entire being became more energetic.

“I can tell that the wisdom of practitioners comes from their good Fa-study and consistently looking within. After going back, I also need to do well studying the Fa, look inward, and cultivate solidly,” she said.