(Minghui.org) Ms. Hong Misu, a Falun Gong practitioner from Wenling City, died on August 15, 2018 while serving a three-year-and-nine-month prison term for refusing to renounce her faith. She was 52. 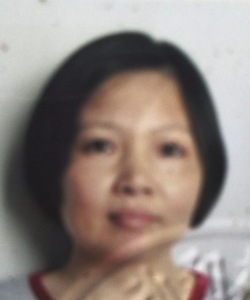 Ms. Hong's death was a tragic end to her years of suffering for practicing Falun Gong. She was arrested a total of 8 times and saw her home ransacked on multiple occasions over the past 19 years. She was given two years of forced labor in late 2000 and thrice sentenced to prison in 2005, 2011, and 2016, respectively, for a total of 10 years and 3 months.

While it was unclear whether Ms. Hong was tortured during her imprisonment, it has been revealed by former inmates of Zhejiang Women's Prison that Falun Gong practitioners are constantly tortured in order to force them to renounce their belief.

According to accounts by practitioners who have been detained at the prison, the guards usually lock them in a dark room upon arrival. There, they are monitored 24 hours by the inmates and forced to watch videos demonizing Falun Gong.

If the practitioner refuses to sign the statement renouncing Falun Gong after the initial round of brainwashing, the guards beat them, shock them with electric batons, inject or force them to ingest nerve-damaging drugs, and subject them to many other tortures that constantly test the limits of their willpower.

At the time of writing, Ms. Hong's family hasn't heard from the prison authorities regarding the cause of her untimely death.

Over the past 19 years of persecution against Falun Gong, despite the enormous pressure and danger she was facing all the time, Ms. Hong had persisted in raising awareness of the persecution.

Her latest arrest took place in November 2015 after she was reported to police for talking to people about the persecution on the street. She was sentenced to 3 years and 9 months in Zhejiang Women’s Prison by the Luqiao District Court in Taizhou City on May 24, 2016.

Ms. Hong's last and third jail term came only two years after she finished serving a 3.5-year term at the same prison, also for talking to people about the persecution.

Ms. Hong's second prison term was preceded by an arrest in May 2004, when she was seized while doing housework. The police didn’t let her sleep for a week before taking her to Wenling Detention Center. After more than ten months of detention there, she was sentenced to three years in prison. At Zhejiang Women’s Prison, Ms. Hong was detained in a cold and dark room. The guards monitored her around the clock and didn’t allow her to talk to anyone. She was traumatized after three years of non-stop intimidation and brainwashing.

A two-year term of forced labor predated Ms. Hong's three jail terms. While she was held at Moganshan Women’s Forced Labor Camp in 2001, the guards forced her to take unknown drugs. Her health quickly declined and she was on the verge of death. Fearing she might die in the labor camp, the guards released her on medical parole.

During the years that Ms. Hong was in detention, the police often harassed her parents, causing them to live in tremendous fear and constant worry. Ms. Hong’s husband was forced by the authorities to divorce her.

“California: New Practitioners Embark on the Path of Cultivation after Attending Nine-Day Class”