Rally and Parade in London Call for End of Persecution

(Minghui.org) Nineteen years ago on July 20, 1999, the Chinese communist regime began a massive suppression of Falun Dafa (also called Falun Gong), a peaceful, mind-body cultivation practice based on the principles of Truthfulness, Compassion, and Forbearance. The persecution has continued to this day, fueled by the government propaganda machine, with arbitrary arrests, detention, torture, and death of law-abiding citizens who practice Falun Dafa. Every year around this time, Dafa practitioners around the world hold events to raise awareness of the atrocities that are still taking place in China.

Falun Dafa practitioners in London held events on July 21, 2018 to mark the 19 years of persecution. They staged a peaceful protest in front of the Chinese Embassy in the morning and a parade and rally at Trafalgar Square to protest the Chinese regime's persecution and call on the world to help end the atrocity.

The parade stepped off at noon from the Chinese Embassy, marched through Chinatown and ended at Trafalgar Square.

Practitioners demonstrated the exercises at Trafalgar Square and held a rally to raise awareness of the persecution including the state-sanctioned forced organ harvesting of prisoners of conscience, the majority of whom are Falun Gong practitioners. 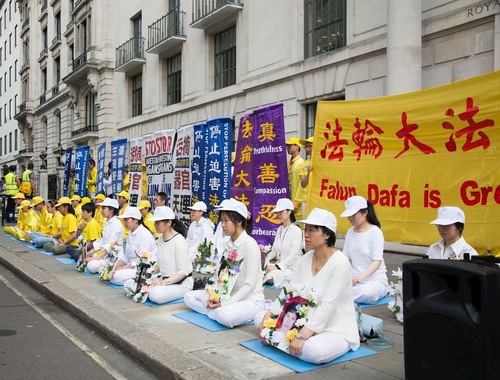 Falun Gong practitioners staged a peaceful protest in front of the Chinese Embassy in London on July 21, 2018. 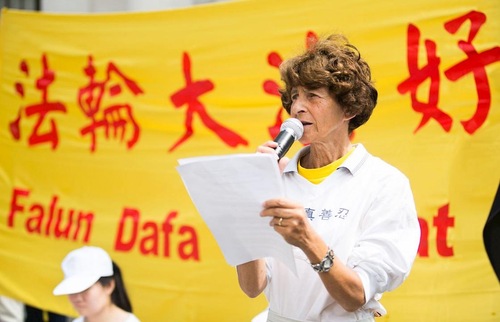 Reading letters of support from Members of Parliament in front of the Chinese Embassy. 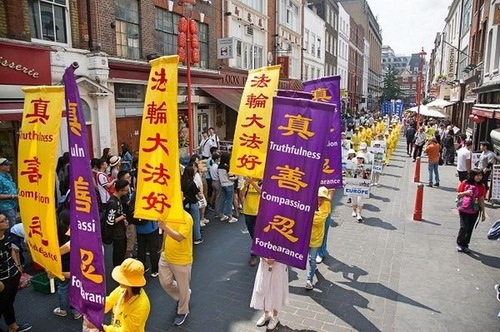 The grand parade started at noon from the Chinese Embassy, marched through Chinatown and ended at Trafalgar Square. 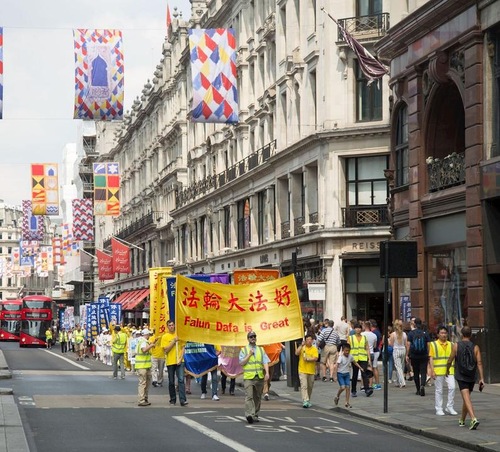 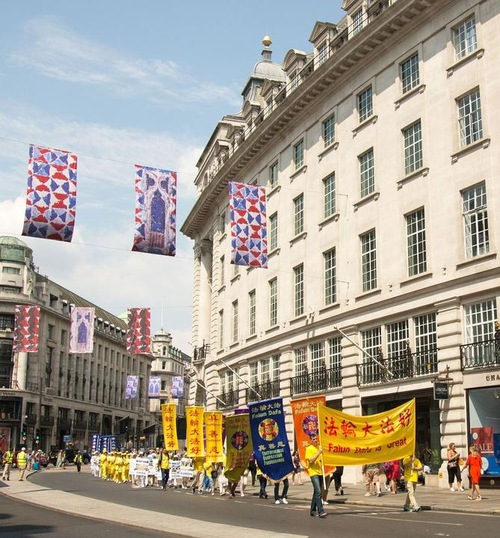 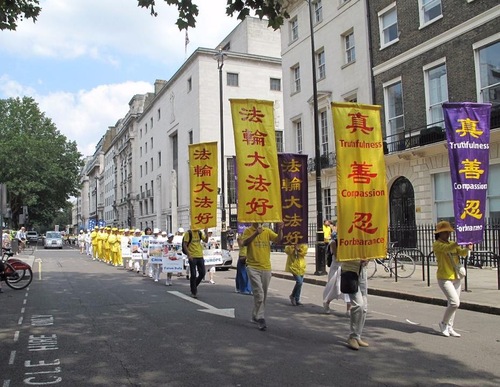 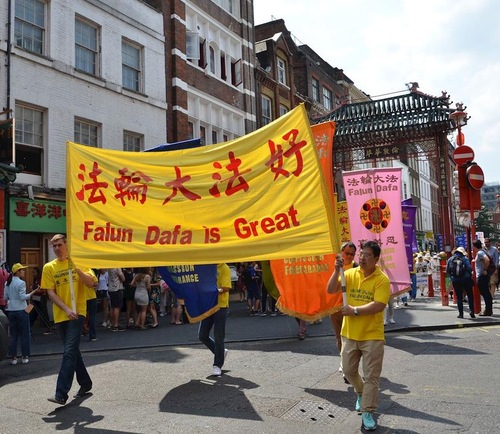 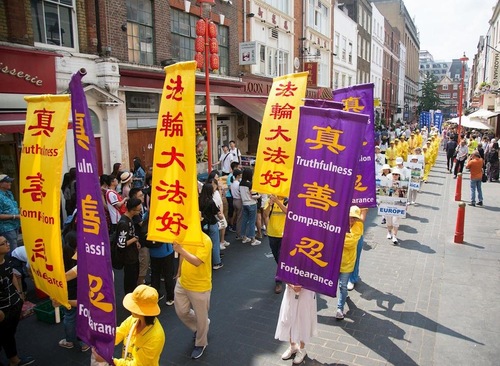 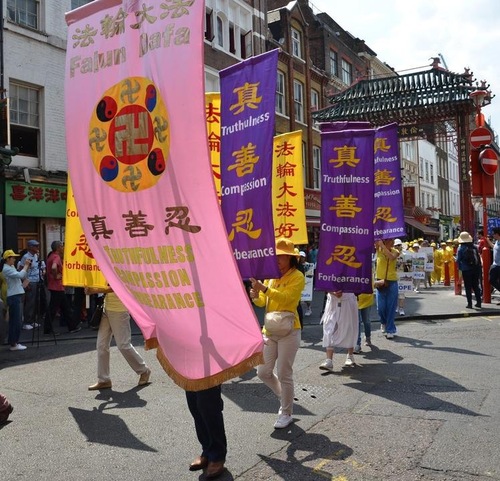 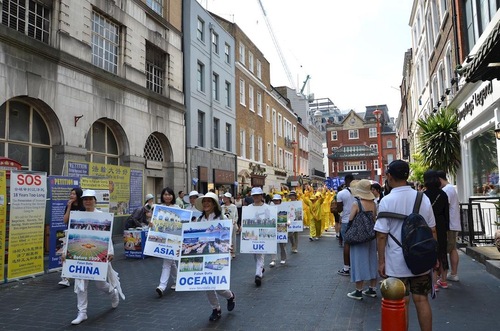 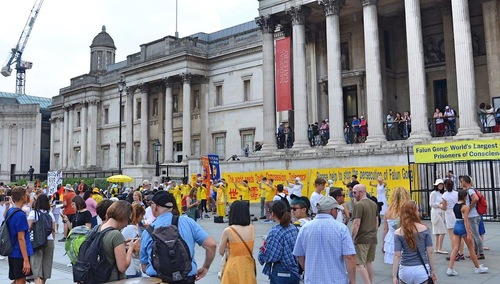 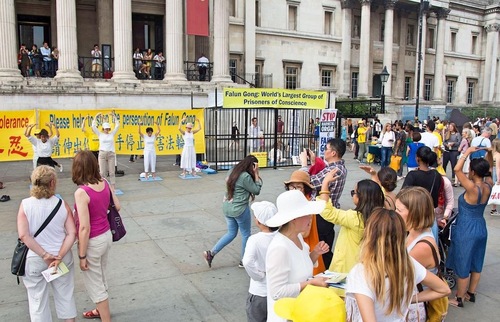 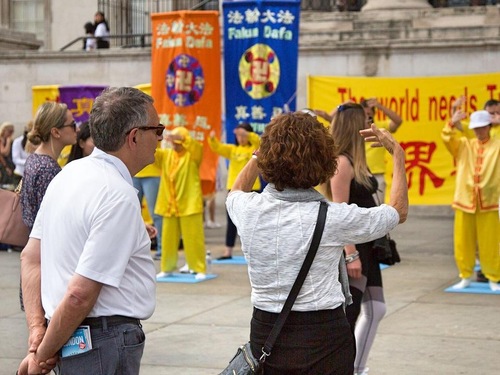 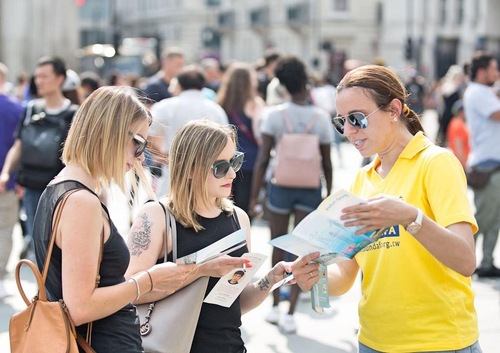 Tourists and residents were interested in learning more about Falun Gong and the persecution in China.. 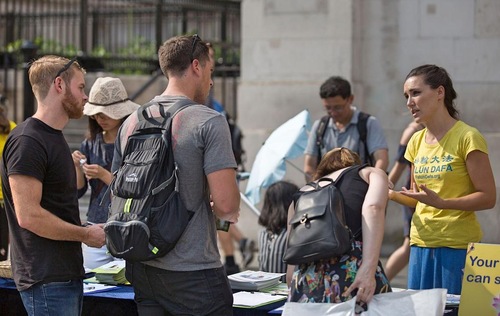 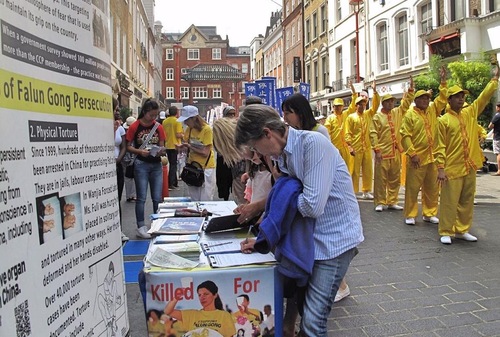 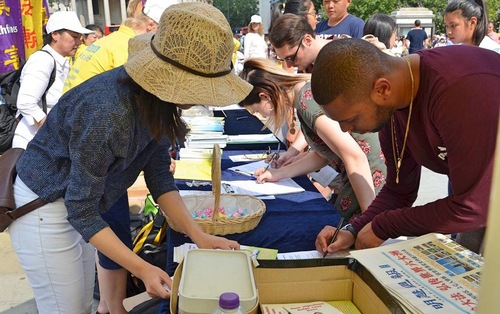 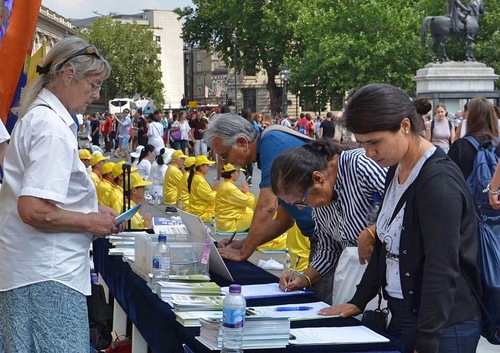 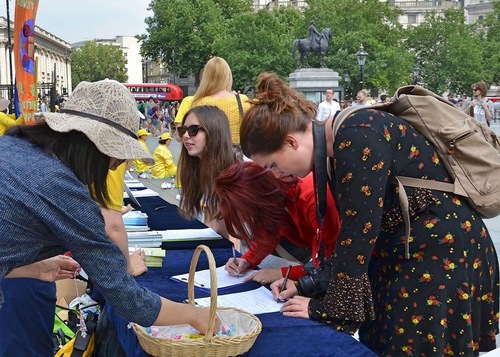 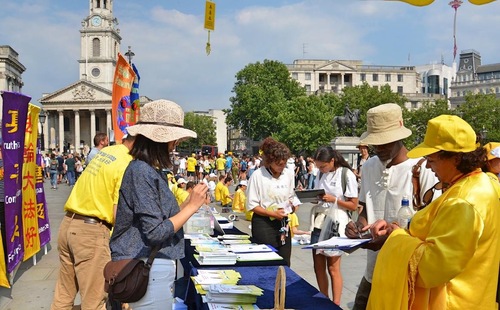 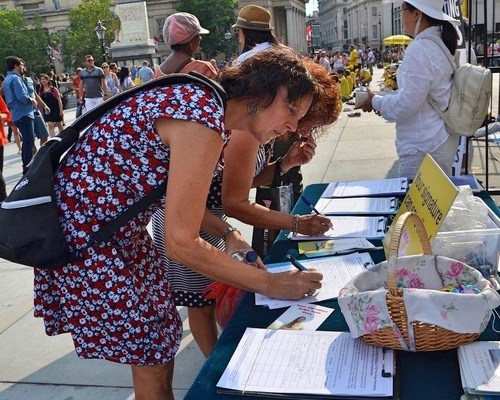 Many people showed their support by signing the petition calling for an end to the persecution in China. 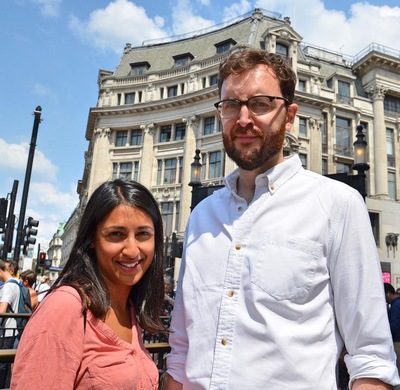 Matthew, blog writer, said that because the Western media sometimes avoids reporting on the persecution in China, such as the regime's forced organ harvesting crimes, a parade is a great way to let people hear the message directly. 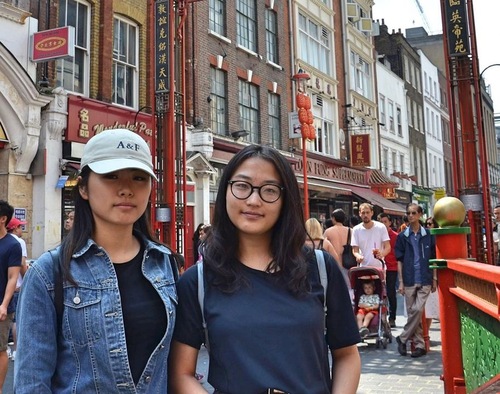 Hyeinma (left) and Dahee from South Korea: “We need to let the world know about the [Chinese regime's] pillaging of organs from Falun Gong practitioners.” 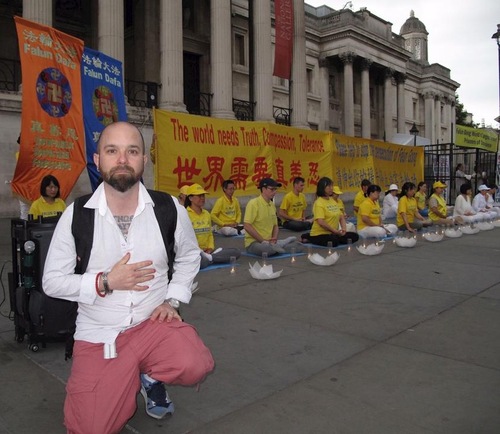 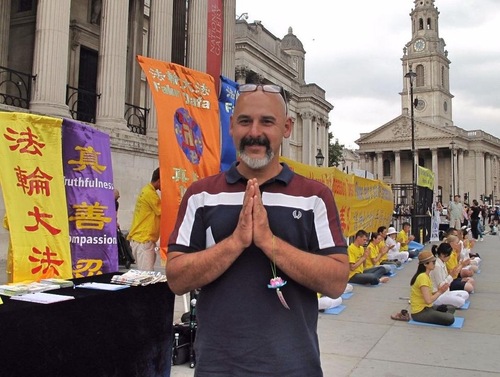 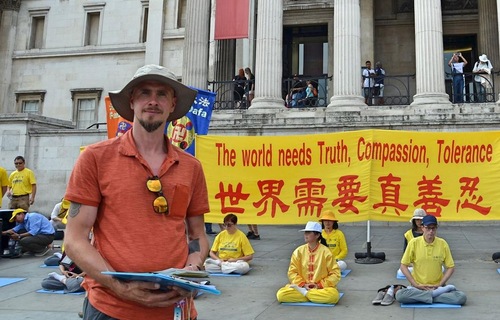 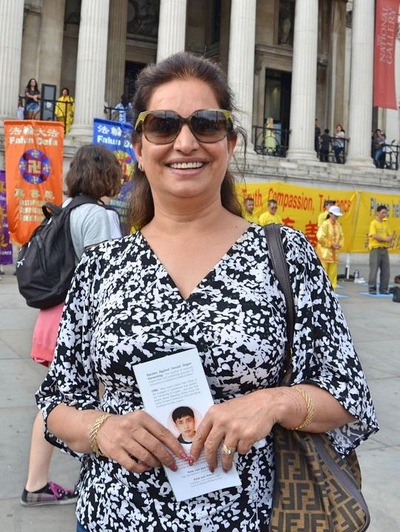 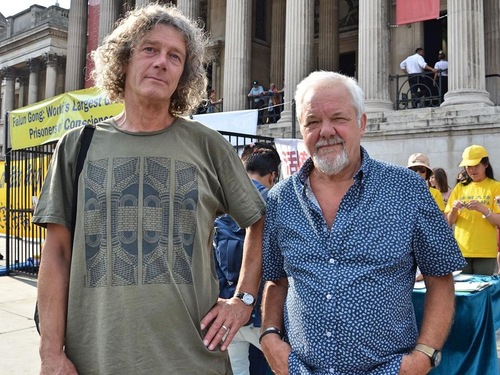 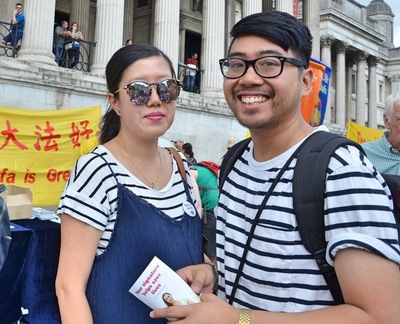