(Minghui.org) Nineteen years ago, on July 20, 1999, the head of the Chinese Communist Party at the time, Jiang Zemin, launched the brutal persecution of Falun Gong practitioners in China.

Falun Dafa is a spiritual practice based on the principles of Truthfulness, Compassion, and Forbearance, and it includes five simple meditative exercises. The practice has gained tremendous popularity among the Chinese people (surveys show that at the time before the persecution, about 100 million people practiced Falun Gong), and led to a change in the way of life of millions of Chinese in accordance with its principles. Unfortunately, Truthfulness, Compassion, and Forbearance frightened Jiang Zemin, and he ignited the brutal persecution that continues to this day.

Despite unlawful arrests, brutal torture, and even the harvesting of practitioners’ organs for sale to transplant patients, practitioners have never responded in anger or violence since the persecution began, and have remain steadfast in adhering to their faith. 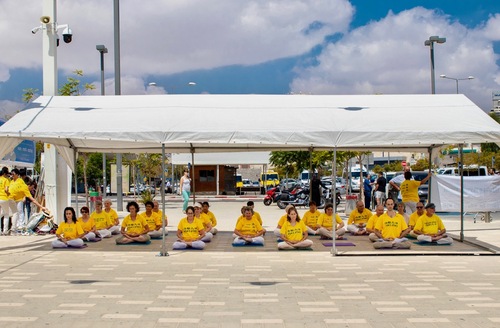 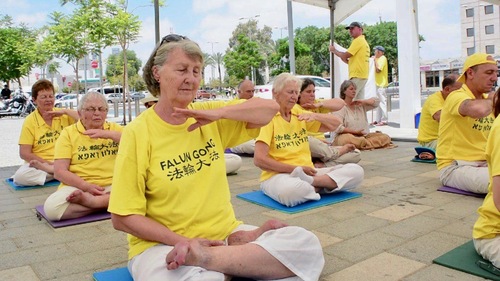 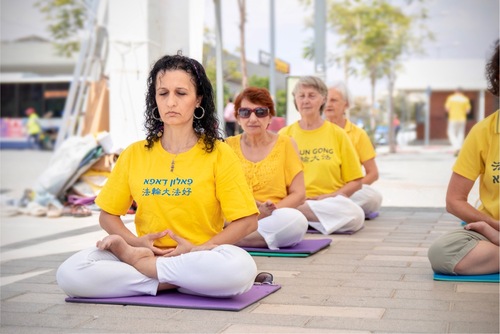 Every year on July 20th, practitioners from around the world gather to mark the day and raise public awareness. This year, dozens of Israeli Falun Dafa practitioners gathered in the Negev’s capital in the south of Israel – Be’er Sheva – for the occasion. They practiced the exercises, collected signatures via a petition calling for Jiang Zemin to be brought to justice, distributed leaflets explaining the practice and the persecution in China, and distributed hand-made paper lotus flowers to passersby. A number of female practitioners performed dances to music composed by Falun Dafa practitioners to express the traditional beauty of this spiritual practice. 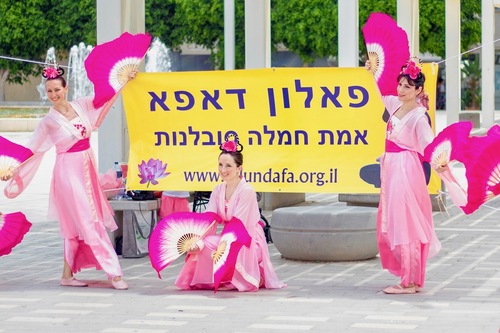 David Shmailov, a student at the University of Be’er Sheva, was invited to the event by a friend. He said he came to show his support for Falun Dafa practitioners. “It is my way to offer help, as little as it is, to the people of this movement in their struggle,” he said.

David had heard about Falun Dafa two years ago, although he was aware of the existence of organ harvesting from prisoners being a common thing in China. Since then, he conducted an independent study on the persecution. He read the debriefings and testimonies, as well as the Chinese government’s claims against these accusations. He concluded, “The government’s counter-claims did not stand the test of reality, and were used mainly as a shofar to call the people of Falun Dafa a sect that undermines their rule. Of course the government’s claims fall short of the publicly declared goals of Falun Dafa practice itself, which are in general not too different from any other spiritual movement seeking to bring peace and improvement of life to its practitioners.”

It was obvious to David that the opposition to the movement came from the regime’s fear of the practice’s popularity and nothing more. He said, “This is not foreign to the Communist regime of China, which is known for the persecution of religious, spiritual and meditative movements from Mao’s time.” 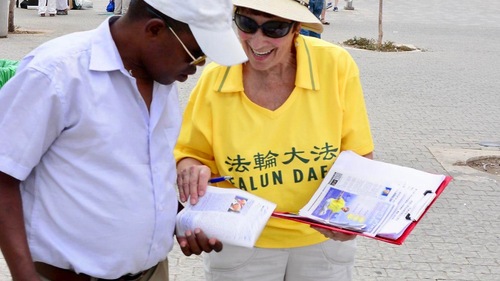 David went on to say that Falun Dafa is another of the many tragic stories in the history of the communist regime of China, which seeks to remain in total control of the entire Chinese population, penetrating into their heart and soul in a way that would shame the darkest of regimes. But what made it even more horrifying was that beyond the humiliation and the persecution, the regime used all of this to finance itself by selling the organs of living Falun Gong practitioners to the rest of the world. “This makes the persecution a bloody business, shocking, immoral, and a manifestation of greed of the cruelest kind,” said David.

David pointed out that the Chinese regime is an evil regime that finances and strengthens other communist regimes (such as North Korea, which is a horror case and a notorious human rights nightmare itself). Yet because of China’s political and economic power, none of the big countries are acting against the violations of human rights occurring therein.

But David sees hope. “Raising awareness has been showing signs of progress, with many countries which have chosen to ban organ imports from China, with the aim of blocking the faucet that turns the persecution of Falun Gong practitioners into huge profits for the Chinese communist regime. And that’s exactly why I came here,” he said. “Because this pressure works and can work. After all, the regime has already tried to pressure Israel to stop demonstrations, meetings and lectures by people who are moved by this subject – yet, China’s efforts were unsuccessful. Raising awareness is immensely important, no doubt.”

Another passerby named Simon echoed David's strong sense of conscience, saying, “To hear about these atrocities is just terrifying. People should be respected and not murdered. This is like what happened during the Second World War [during the Holocaust]. It gives me flashbacks to that dark period of history. I feel that we really need to give these Falun Gong practitioners our full support!”