(Minghui.org) Falun Gong practitioners held an “information day” on Hviezdoslav Square in Bratislava, the capital of Slovakia, on July 20 to raise awareness of the persecution of the spiritual and meditation practice by the communist regime in China.

Many pedestrians learned about Falun Gong and signed a petition calling for the end to the persecution in China. 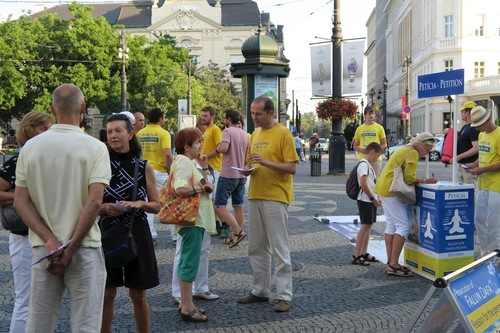 “Information day” at the Hviezdoslav Square in Bratislava on July 20 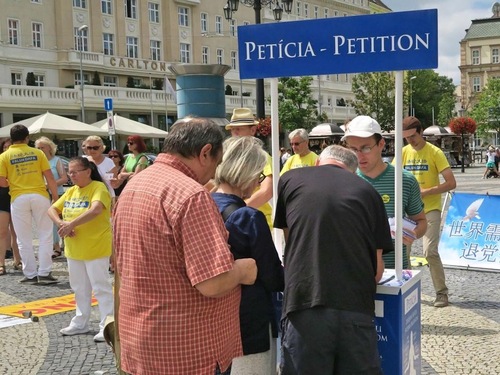 Passersby sign a petition condemning the persecution in China.

A group of practitioners sat in meditation on the square later in the afternoon, bringing tranquility to the scene and piquing the interest of some pedestrians. 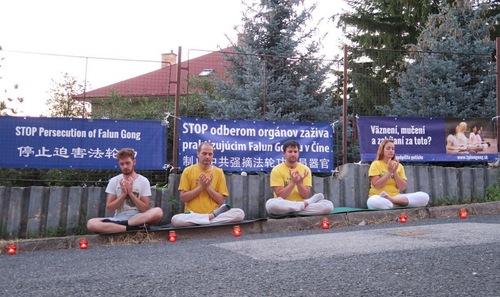 Practitioners also held a 12-hour peaceful protest in front of the Chinese Embassy in Bratislava on July 19.

The event was inspired by practitioners in London, who have maintained a 24-hour presence in front of the Chinese Embassy for over 16 years. Practitioners in Slovakia have held a two-hour protest at the embassy every Thursday since December 2004.